Monday’s decision by the Supreme Court not to consider a New Mexico Supreme Court ruling could have vastly greater consequences than just hurting a photographer in Taos.

When Elaine Huguenin received an email request to shoot a same-sex “wedding” in the summer of 2006, her polite reply sent Vanessa Willock over the edge. Doing the shooting was against her religious beliefs, said Huguenin, but

On Monday the Supreme Court declined to hear on appeal the case of Elane Photography v. Willock, giving tacit approval of the ruling by the New Mexico Supreme Court.

In 2006 Elaine Huguenin, co-owner of Elane Photography in Taos, New Mexico, received an email from Vanessa Willock asking her to photograph her upcoming “commitment ceremony” with her same-sex partner, Misti Collinsworth. Huguenin respectfully declined and referred her to another photographer who handled the task. When Willock learned that Huguenin declined because of her Christian beliefs, Willock filed a complaint with the New Mexico Human Rights Commission. It was all downhill from there.

The commission not only 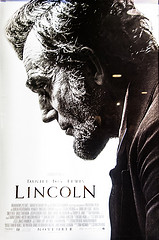 Suzanne Fields thinks every school child ought to rush out to see the latest Lincoln movie:

Every school child with enough smarts and curiosity to get beyond the latest video game of “Call of Duty” ought to go see “Lincoln,” the movie, and check out the references and his own attention span. It requires patience, but it shows through dramatic action how a self-taught rustic from the deep backwoods had the emotional and intellectual discipline to overcome poverty and grow up to be a president to rank among the greatest.

She even praises him while he’s riding through a battlefield filled with the corpses of young men who “died for freedom”:

The most poignant evocation of war shows Lincoln riding through a field of ripped and rotting corpses, and Lincoln takes off his stovepipe hat in homage to the dead, North and South and Americans all. This is not a hymn to “arms and the man” so much as a long mournful dirge played on the strings of banjos, fiddles and the keys of a parlor piano. It’s as gritty and earthbound as the America of Mark Twain.

Tom DiLorenzo takes a vastly different view, and he has done his homework. It’s too bad that Fields apparently isn’t aware of how slanted and disingenuous Spielberg’s movie really is.  Here’s what DiLorenzo thinks about the movie. He