This article first appeared online at TheNewAmerican.com on Wednesday, May 6, 2015: 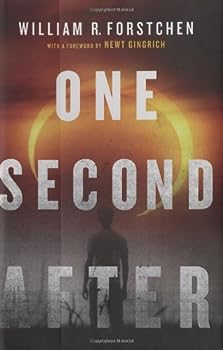 It’s moving, said Cortney, “because of the very nature of the way that Cheyenne Mountain is built. It’s EMP-hardened.” EMP, short for an electromagnetic pulse, is a burst of electromagnetic energy produced by a nuclear explosion in the atmosphere, considered capable of widespread damage.

NORAD is also moving because of real world threats by enemies of the United States who now possess the capabilities to launch a nuclear weapon from the south where NORAD is blind.

One Second After: some thoughts

Someone recommended that I read this book by William Forstchen, whose resume is breathtaking:

WILLIAM R. FORSTCHEN has a Ph.D. from Purdue University with specializations in Military History and the History of Technology. He is a Faculty Fellow and Professor of History at Montreat College.  He is the author of over forty books, including