The latest report from the U.S. Department of Agriculture (USDA) over SNAP (Supplemental Nutrition Assistance Program) reveals a sharp drop in participation in the program, touching lows not seen since before 2010. In 2016, 44 million Americans and immigrants (legal and illegal) took advantage of taxpayers’ largess, costing $71 billion. In 2010, there were 47 million receiving SNAP benefits, costing taxpayers closer to $80 billion.

This article was published by The McAlvany Intelligence Advisor on Monday, July 24, 2017:

In its report released last week the USDA reported that SNAP – the Supplemental Nutrition Assistance Program, the old food stamp program – is shrinking, a little. In 2016, 44 million Americans and immigrants (legal and illegal) took advantage of taxpayers’ largess, costing them $71 billion. In 2010, there were 47 million receiving SNAP benefits costing taxpayers closer to $80 billion.

Part of the shrinkage is due to

Maine’s Cut in Its Welfare Rolls a Model for Trump

This article was published by The McAlvany Intelligence Advisor on Wednesday, May 31, 2017:

As predictable as the sunrise, the Obama administration was outraged over Maine’s SNAP (Supplemental Nutrition Assistance Program) reform instituted in late 2014, and even threatened to cut off some federal funding if it went ahead with it. To his credit Governor Paul LePage signed the bill anyway.

What happened next is historic.

This article appeared online at TheNewAmerican.com on Tuesday, May 30, 2017: 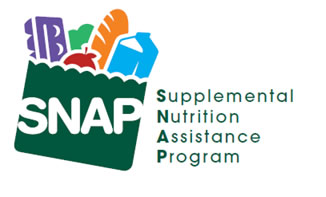 What’s proposed is a cut of less than $20 billion a year to a program that currently costs taxpayers more than $70 billion annually. It also would involve a modest shift of financial responsibility back to the states where it properly belongs. 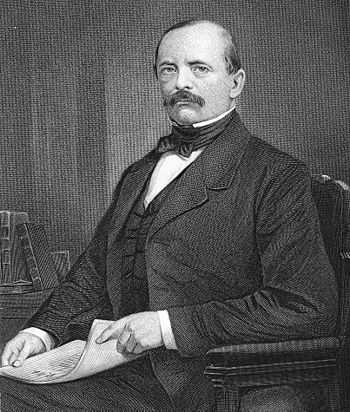 This article appeared online at TheNewAmerican.com on Tuesday, May 23, 2017:

Now that the long-awaited Trump budget for Fiscal Year 2018 has been released, it hasn’t failed to deliver what skeptics initially expected: Growth coupled with lower taxes will drive the economy to levels that will balance the budget — by 2027  — much of it based on magic, hope, pixie dust, and gimmicks.

A Closer look at the Jobs Report

From a distance the jobs report issued on Friday by the Bureau of Labor Statistics (BLS) looked pretty good: 215,000 new jobs were created by the economy in March while earnings, year-over-year, increased by 2.3 percent. The average hours worked remained stable, and the labor force participation rate rose off its recent record lows.

In looking at the numbers, Ward McCarthy, chief financial economist at Jefferies LLC, a massive global investment firm headquartered in New York City, said that “we continue to generate a lot of jobs” without asking what kind. A closer look reveals

The Fed Joins Other Voices Predicting a U.S. Recession

This article was published by The McAlvany Intelligence Advisor on March 22, 2016:

Harry Dent, the author of The Great Crash Ahead, says that the current rebound in stocks is a head-fake of the first order, that the end of the seven-year bull market in stocks occurred last May. He said just look at a three-year chart of the SPX (Standard and Poor’s 500 Index) and see the rounded top formation.

Instead, talking heads all across the media are calling the recent rise following the precipitous decline that began the first day of trading of 2016 just a speed bump, a hiccup as the seven-year-long bull market in stocks is getting its second wind.

Markit Ltd., the monster financial services and advisory company located in London, issued its first warning in late February with its flash that its services purchasing managers’ index

This article appeared online at TheNewAmerican.com on Tuesday, March 22, 2016:

Markit Ltd., the London-based global financial information behemoth, issued an early warning about signs of the coming recession in late February when it published its services purchasing managers’ index. It went negative for the first time in more than two years. At the time, Chris Williamson, Markit’s chief economist, said:

Want a Raise? Work for the Government

This article appeared online at TheNewAmerican.com on Friday, October 9, 2015:

It used to be that the way to get ahead was to work harder, work smarter, find your passion (à la Tony Robbins), marry the boss’s daughter, or be the boss’s daughter (or son). But, according to the latest study from the Cato Institute, the best way is to “sell your soul to the company store” (apologies, Johnny Cash): Work for the government. Preferably, the federal government.

Since the 1990s, federal government employees have enjoyed greater increases in salary growth than those in the private sector, with federal workers in 2014 earning 78 percent more, according to the latest report from Cato, entitled “Downsizing the Federal Government.”

In 2014, based on numbers provided by the U.S. Bureau of Economic Analysis (BEA), the average federal worker in 2014 made

This article first appeared at The McAlvany Intelligence Advisor on Wednesday, October 22, 2014:

The Congressional Budget Office’s August update to the federal budget and outlook for the next 10 years released last week was so filled with questionable assumptions as to make their conclusions completely unrealistic. As expected, the mainstream media focused only on the parts of the report that fed and supported their worldview. For instance, the CBO said that revenues were expected to increase by about 8% over last year to a world record $3 trillion, thanks to increases in individual income taxes, payroll taxes, and corporate income taxes.

This was understood by the White House and establishment economists to

National Debt to be $27 Trillion in 10 Years, Says the CBO

This article was first published at TheNewAmerican.com on Thursday, October 16, 2014: There was something for everyone in the release last week by the Congressional Budget Office of its August update and outlook. The federal government’s revenues are expected to top $3 trillion this year for the first time in history, thanks to individual income taxes rising by six percent, payroll taxes by eight percent, and corporate income taxes by 15 percent. Those infatuated with big government are celebrating the event as a reflection of an improving economy resuscitated by government spending and stimulus programs. Small government advocates, on the other hand,

This article first appeared at The McAlvany Intelligence Advisor on Wednesday, April 30, 2014:

Former British Prime Minister Margaret Thatcher’s famous dictum, “The only trouble with socialism is that eventually you run out of other people’s money” isn’t factually correct, nor is it complete. Lazy thinkers assume from this that eventually the welfare state will just fade away like a bad cold or a nightmare, and that everything will be okay in the morning.

Here is what Thatcher actually said during an interview in 1976:

When Pam Harris responded to a knock on her door on a Sunday morning back in 2009, she was surprised at the presence of a union organizer asking her to join his union. When she pressed him for details she learned that because she was accepting state Medicaid funds to help care for her disabled son she was now considered a state “employee” for union-organizing purposes and was required to join his union.

Harris said no thanks and began

Job One for New Mayor: Turn New York into Detroit

This article first appeared at The McAlvany Intelligence Advisor on Thursday, January 2nd, 2014:

Progressive mouthpieces like ABC News and the New York Times could hardly contain their glee over the election of one of their own to the mayor’s office: Bill de Blasio. ABC News hailed de Blasio “as the face of a progressive movement that pledges a significant realignment of the nation’s largest city … that is poised to enact sweeping changes to the city …”, while the Times delighted to note that

When Bill de Blasio was celebrating his mayoral victory in November, he made clear exactly what his agenda is for New York City:

CBO report: the rich pay most of the taxes while the poor get checks

Jane Wells, a business news reporter for CNBC, after reviewing the latest report from the Congressional Budget Office (CBO) on who pays income taxes in America, claimed that the rich pay them all. The CBO, wrote Wells, showed that the top 20 percent pay nearly 93 percent of all income taxes, while the top 40 percent

White House Thanksgiving Day reminder: Let’s all be like Lucy

Last Tuesday the White House issued a Thanksgiving Day reminder: “The Supplemental Nutrition Assistance Program (SNAP) helps millions of Americans put food on the table.” Then began a litany of statistics and charts along with explanations of how wonderful SNAP is, even getting in a dig at those selfish “House Republicans [who] would cause nearly 4 million Americans to lose access to SNAP next year.”

The Real Cost of Amnesty

Despite disclaimers by the authors of the Heritage Foundation’s latest report on the cost of amnesty to U.S. taxpayers that their estimates are probably too low, they fail altogether to mention the continuing loss of