NRA Goes to Bat in Chicago

In perhaps the clearest case in the country addressing the right to bear arms outside the home for self-defense, oral arguments took place June 8 in Chicago, before the United States Court of Appeals for the Seventh Circuit. Shepard v. Madigan involves lead plaintiff Mary Shepard, an Illinois resident and trained gun owner with no criminal record, who is licensed to carry a concealed handgun in both Utah and Florida.  Unfortunately, she has no legal way to do so in Illinois as soon as she steps away from her home or place of business.  The National Rifle Association is funding this case, and our state affiliate, the Illinois State Rifle Association, is a co-plaintiff on behalf of its members who share Mrs. Shepard’s plight. 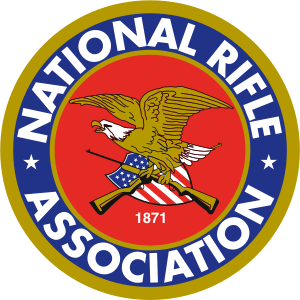 Mary Shepard was attacked while working at her church in 2009 by a 245-pound thug and nearly killed. She suffered massive injuries that required numerous surgeries and she still suffers today. No wonder she wants the freedom to carry outside of her home, for self-defense.

But Illinois is having none of it. After all, the government knows best how to protect people. And “guns kill people.” And they just can’t have people running around with guns in their pockets or on their hips just waiting for trouble!

Illinois’ argument is false, and provably so. And the NRA, in its brief, made that clear:

The inconvenient truth that every other state in the nation allows some form of public carriage of firearms by at least some private, law-abiding citizens—and does so without fostering the mayhem forecast by the Defendants here—gives the lie to Illinois’s pleas that firearms in the hands of any and all law-abiding citizens are uniquely a threat to public safety in this state, even if nowhere else in America.

Hopefully the three-judge panel hearing the case will decide in favor of Shepard, and be done with it. But this, of course, is Illinois, the land of Obama and Rahm Emanuel and other government thugs who care little about facts. Good for the NRA in funding this effort. 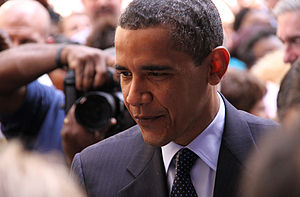 According to the National Shooting Sports Federation (NSSF), the trade association that represents nearly 7,000 manufacturers, distributors, firearms retailers, and others involved in the gun industry, the economic impact of that industry has grown by 66 percent since the start of the Great Recession. In 2008 the total impact (direct and indirect) was $19 billion. Last year it exceeded $31 billion. Jobs and taxes it generated also jumped a similar amount. Jobs directly connected with the industry increased from 75,000 to nearly 100,000 last year, while federal, state, and excise taxes (which support wildlife conservation) increased from $3.1 billion to $5 billion.

So strong has been demand for firearms that Sturm, Ruger & Company saw a 50 percent increase in sales for the first quarter of 2012 over a year ago, forcing the company to stop accepting orders from March until May in order to catch up. Smith & Wesson said last month that they had a firearms-order backlog of almost $500 million, up an astonishing 135 percent from the same period a year ago.

This coincided with the FBI’s report that 16 million background checks (considered a proxy for gun purchases) took place through its National Instant Criminal Background Check System (NCIS) in 2011, up by more than 11 percent from 2010. The NSSF reported that its members requested 1.2 million background checks in March of this year, up by 20 percent from a year ago and the 22nd straight monthly increase.

At the same time, reported levels of violent crime continue to 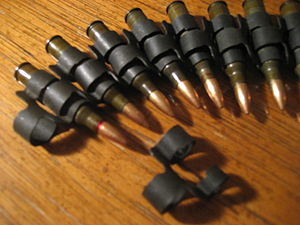 It wasn’t until April 18 that Mike Adams, the “Health Ranger” writing for his NaturalNews.com blog, noticed that Alliant Techsystems, or ATK, had announced in March that they had been awarded a huge contract to produce up to 450 million rounds of .40 S&W caliber jacketed hollow point ammunition for the Departments of Homeland Security (HSA) and U.S. Immigration and Customs Enforcement (ICE). And then he got nervous.

ATK is one of the largest suppliers to the Defense Department with more than 18,000 employees in 22 states including the largest small caliber manufacturing facility in the western world located in Lake City, Missouri. With ATK’s 500 buildings located on 4,000 acres, all Adams could see was trouble behind the contract. He asked: “What does DHS intend to do with 450 million rounds of barrier-piercing hollow point ammunition?”

First of all, such ammunition isn’t used for practice—it’s too expensive. Secondly, hollow point ammunition is “the kind of ammo used by police officers who want to shatter the bad guy’s sternum as quickly as possible and thereby bring him to the ground…” Thirdly, DHS is a domestic agency and therefore, according to Adams:

That the DHS is contracting to buy 450 million rounds of hollow point ammo can only mean DHS plans to need this this ammo to be used against the American people.

Adams looked into the matter further and uncovered a presentation that Maj. General Buford C. Blount III made before the Tactical Air and Land Forces Subcommittee of the House Committee on Armed Services back in 2004. After a careful reading of that testimony, Adams concluded that 450 million rounds is enough ammunition to wage war on the American people for ten years.

Adams’ riffing on the HSA’s purposes might be ignored except that ammunition shortages are beginning to show up in gun stores. In Killeen, Texas, for example, David Cheadle, manager for local gun shop Guns Galore, said that “in the last month, I’ve noticed that when I call [my] distributors, there’s really nothing available.” It could just be driven by people receiving their 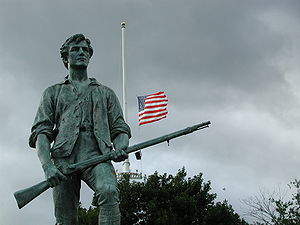 On Friday, April 13, apparent Republican front-runner Mitt Romney will address the national convention of the National Rifle Association (NRA) in St. Louis where a nervous audience will seek “reassurance” on his stand on the Second Amendment. Said NRA spokesman Andrew Arulanandam, “I think what the members are looking for is reassurance. I think they are looking for a statement of support for the Second Amendment from Gov. Romney and we are confident that is what we will get.” Words of such support from Romney may be enough to persuade doubters to vote from him if he gets the Republican Party’s nomination.

Joe Tartaro, president of the Second Amendment Foundation, says the alternative would be a disaster: “If President Obama is re-elected as a lame duck there would be no political restraints on him.” He would be free, according to Tartaro, to push through a long list of anti-gun measures just waiting to be enacted, including reinstatement of the federal “assault-weapons” ban that expired in 2004.

Democrats defending Obama say he has no such agenda. Matt Bennett, an official in the Clinton administration and now head of the progressive think tank Third Way, said “There is zero appetite for new gun laws in Congress, and the president cannot act on his own.” Alan Gottlieb, the founder of the Second Amendment Foundation, disagreed, reminding Bennett that Obama’s expanded use of executive orders are likely to impinge on those gun rights regardless of lack of “appetite” for such measures in Congress. Obama could use executive orders to curb the import and export of guns and ammunition, for example. And, given the opportunity, Obama could try to pack the courts with judges favorable to further restrictions on the Second Amendment. Said Gottlieb:

With all the Second Amendment litigation going on right now, if Obama is able to stack the courts with his kind of judges, he basically will be slamming the courthouse doors in the face of gun owners.

Some observers are expressing doubt that Romney, if elected, will be any better. In 2007 David Kopel, writing for National Review, questioned Romney’s veracity about his claim to being “a hunter pretty much all my life” when it was learned later that he had

The report from NewsNet5 in Wadsworth, Ohio, was scarcely considered news, rating only a few brief paragraphs: “A gun-carrying couple helped [police] catch a man who was allegedly beating his girlfriend in a parking lot in front of her two children…Police said the couple, who each have a permit to carry a concealed weapon, called 911 [and] then pulled out their guns and ordered the man to the ground.”

Heather Evans told the 911 dispatcher, “My husband and I both have CCW licenses and we were in fear for her life, and we drew our weapons on him.” The attacker, Anthony Konopinski, is now facing domestic violence, child endangerment, resisting arrest, and drug paraphernalia charges.

On June 28, the day the Supreme Court ruled in McDonald v. Chicago that individuals have the right to keep and bear arms, Bob Unruh wrote that the decision “has opened the door for a long list of legal challenges to city, county and other rules and regulations that may now infringe on the 2nd Amendment.”

Although both the National Rifle Association (NRA) and the Brady Campaign to Prevent Gun Violence applauded the ruling by the Supreme Court, they differed in how that long list of legal challenges will play out in the courts.