Who is Jason Furman?

This was initially posted at McAlvany Intelligence Advisor:

With Monday’s announcement that Jason Furman will be taking over from Alan Krueger as chairman of President Obama’s Council of Economic Advisors, some have asked: who is he?

The short answer is that he is a

Taxing the Rich Would Not Slow Economy, Says White House 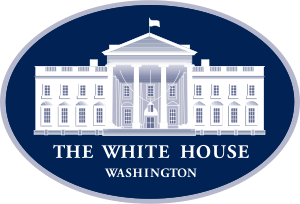 When President Obama’s tax plan was revealed, international accounting giant Ernst & Young (E&Y) was asked to analyze it by the National Federation of Independent Business and the U.S. Chamber of Commerce. When the firm announced its conclusions that his plan would slow the weak economy even further, the White House attacked the study as containing “major flaws, errors and misleading statements.”

Obama’s tax plan is more than just “taxing the rich”—it contains a mixture of tax credits for hiring new employees, a mortgage credit, an “American Opportunity Tax Credit” to entice more young people to get into debt to fund their college educations, an increase in the child and dependent care tax credits, and an extension of and increase in the earned income tax credit.

It would also eliminate all income taxes for seniors with incomes less than $50,000 per year, and would temporarily eliminate income tax on unemployment insurance benefits—both clear political plays for the senior and unemployed vote in the November elections.

It also reinstates the estate tax and would eliminate “loopholes” for oil and gas firms, while providing tax credits for green “renewable” investments. It would create a watch list of international tax havens in order to force “greater financial disclosure” to discourage the use of tax shelters by the wealthy trying to avoid taxes.

But the centerpiece of Obama’s plan is allowing the Bush tax cuts on incomes, capital gains, and dividends for those making over $250,000 a year to expire—essentially a huge tax increase on those with capital. And that’s what the report’s authors, Drs. Robert Carroll and Gerald Prante, focused on: What impact would the imposition of those new taxes have on

This week President Obama will roll out his strategic jobs growth plan in a major speech, and has announced that his new chairman of his Council of Economic Advisers, Alan Krueger, is just the man to help him with it. Krueger comes from the same mold as the man he is replacing, Austan Goolsbee. Goolsbee graduated from Yale, Krueger from Cornell. Goolsbee got his PhD from MIT, Krueger got his from Harvard. Goolsbee worked for the National Bureau of Economic Research, and so did Krueger. Goolsbee is returning to the University of Chicago, while Krueger is leaving Princeton to join Obama.

But the president insists that Krueger will bring him “unvarnished economic guidance…[which is] more important than ever right now. We need folks in Washington to

Just one year ago this week the Senate Special Committee on Aging, headed up by wealthy and aging Senator Herb Kohl (D-WI), announced that massive shortfalls in funding for Social Security could be papered over with just a few modest “tweaks“:

Modest changes can be made over time that will keep the program in surplus. They are not draconian, as the report points out, and they can be done and [they] will be done.