Aramco’s CEO Tells Half a Truth

This article was published by The McAlvany Intelligence Advisor on Friday, October 27, 2017: 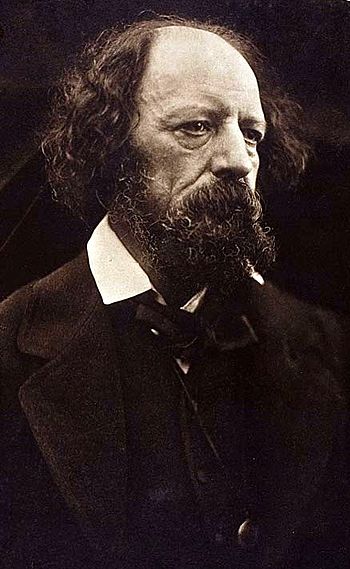 A Yiddish proverb holds that “a half-truth is a whole lie,” while Ann Landers said that “the naked truth is always better than the best-dressed lie.” Alfred Lord Tennyson said it best: “A lie which is half a truth is ever the blackest of lies.”

Map of the territory and area covered by present-day Saudi Arabia.

The world’s price of crude oil fell farther in the first six months of 2017 than in any six-month period in the last 19 years. From its peak in January it dropped by more than 21 percent by the middle of June, qualifying it in Wall Street jargon as a “bear market.”

This isn’t part of OPEC’s plan. The once-influential cartel was sure that by taking 1.8 million barrels a day of crude oil production off the world markets, the world price of oil would shortly hit its target of $60. And it almost made it, rising to $57 a barrel before beginning its long and crushing decline.

OPEC was sabotaged not only by noncompliance among its members and production from those to which it gave a pass (Libya and Nigeria), who produced more than was expected, but also by

OPEC Continues its Descent into History as an Unlamented Footnote

This article was published by The McAlvany Intelligence Advisor on Monday, July 3, 2017:

Two weeks ago, the world price of crude oil officially entered a bear market, down more than 21 percent from its high early in the year. OPEC’s plan appeared to be on track, taking enough production off the market to drive the price to $60 a barrel. That decline has enormous implications for the cartel’s members, as nearly all of them need the revenues to keep their welfare and warfare states fully funded. The decline must be especially painful for Saudi Arabia, the leader of the pack, which announced plans last year to sell part (estimated to be between five and ten percent) of its precious Saudi Aramco oil company. The company, thanks to deliberately opaque disclosures, was estimated to be worth, depending on the price of oil, between $2 trillion and $10 trillion.

That’s the operative word: “depending.” OPEC had big plans for the funds it hoped to raise, encapsulated as its “Vision 2030.” As Mohammad bin Salman bin Abdulaziz Al-Saud, the nation’s Chairman of the Council of Economic and Development Affairs, wrote:

Is Now the Time to Buy Walmart Stock?

This article was published by The McAlvany Intelligence Advisor on Friday, October 16, 2015:

Exterior of a Wal-Mart Supercenter in Madison Heights, Virginia.

Walmart (WMT) hit 90 in early January, and hasn’t come close since. On Tuesday this week it traded at 67, just before the company’s announcement that shook the markets. Following that announcement the stock traded at 60, down 10 percent on the day and 30 percent from January.

Pundits leaped on the news, claiming that

Oil Price Rebound Not Likely to Last, Says the IEA

This article was published by The McAlvany Intelligence Advisor on Wednesday, October 14, 2015:

Since early August the price of crude has jumped almost 20 percent, moving some, including those in OPEC’s cartel, to conclude that its strategy is working: Flood the market to force prices so low that marginal producers, especially in the United States, will go out of business. With the resultant decrease in supply, prices will rebound, hopefully to levels where the cartel’s countries can continue to fund their welfare/warfare states.

This article appeared online at TheNewAmerican.com on Friday, September 11, 2015:

Coming in just hours apart on Friday, two reports confirm that oil prices are likely to resume their decline and stay low well into 2016. In a note to its clients, Goldman Sachs said that supplies remained robust despite the decline in rig count, while demand increases failed to materialize as expected:

This article first appeared at TheNewAmerican.com on Friday, October 3, 2014:

In a surprise move this week, Saudi Arabia cut the price of its flagship Arab light oil, which it sells mostly to its Asian customers, by one dollar a barrel. It also cut prices to its customers in the United States and Europe by $.40 a barrel. This brings Saudi Arabia’s prices below those offered by OPEC member Qatar and non-OPEC member Oman. Oil futures traders are holding their breaths, waiting for Qatar and Oman to cut their prices in response, setting off a full-scale oil price war.

The simple economics of supply and demand have already driven the price of oil down by almost 20 percent since June, and a number of traders and other observers are suggesting those prices have

This article first appeared at The McAlvany Intelligence Advisor on Monday, December 9th, 2013:

When the Rev. Graylan S. Hagler, pastor of the Plymouth Congregational United Church of Christ, saw the two new Walmart stores opening in DC this past week, he admitted that some of his people were going to shop there despite his protestations:

I know some of my congregants are going to be shopping there. I have not called for a boycott or anything like that.

But … when you make this corporation richer, it’s at the expense of making somebody [else] poorer.

Not according to the shoppers, hundreds of whom voluntarily

When Washington, DC’s city council passed an ordinance raising the minimum wage just for Walmart’s employees, Walmart threatened to pull five stores planned for the DC area – three of which were already under construction – in response. But after Mayor Vincent Gray vetoed the measure and the council couldn’t override it, Walmart went ahead with two of them, both of which

A Family Doctor in Maine who accepts cash, only. Really.

I’m moving to Portland! This guy is too good to be true.  He’s decided to “opt out” of Obamacare, Medicare, Medicaid, private insurance, the whole gig. He’s going cash only. And you should see his prices!