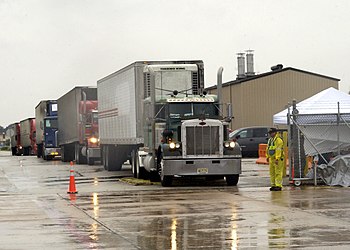 The seven founding members were

This article appeared online at TheNewAmerican.com on Thursday, June 22, 2017:

Illinois Governor Bruce Rauner (shown), speaking briefly to a closed session at the state house on Tuesday night, urged “unity” in solving the state’s staggering and rapidly accelerating financial problems. Those present reported afterward that the governor declared, “Failure to act [on his budget proposal] is not an option. Failure to act may cause permanent damage to our state that will take years to overcome.”

This article appeared online at TheNewAmerican.com on Tuesday, May 2, 2017:

When the last of the pipeline protesters were removed, some by force, from the Dakota Access campsites in late February, Morton County Sheriff Kyle Kirchmeier thought that would be the end of it, and folks could get back to their regular lives:

I am very happy to say that we finally introduced [the] rule of law in the Oceti camp. I am hopeful that this announcement brings us closer to finality in what has been an incredibly challenging time for our citizens and law enforcement professionals. Having dealt with riots, violence, trespassing and property crimes, the people of Morton County are looking forward to getting back to their normal lives.

Except for the bills.

Los Angeles Mayor Eric Garcetti (shown) has thrown down the gauntlet, defying President Donald Trump’s executive order issued in January, entitled “Enhancing Public Safety in the Interior of the United States.” That executive order provides a three-step procedure to ensure that illegals are apprehended and deported: 1) the “name and shame” list of illegals committing crimes in so-called “sanctuary cities”; 2) threat of legal action against officials endorsing “sanctuary city” policies; and 3) threat of withholding federal funds if they persist in resisting federal immigration enforcement officials from performing their duties.

Even the title of Garcetti’s own executive directive is a poke in Trump’s eye: “Standing with Immigrants: A City of Safety, Refuge, and Opportunity for All,” even if those “All” are among Los Angeles’ estimated 2.6 million illegals.

Garcetti opens with a summary of West Coast liberalism:

The mayor of Miami-Dade County, Florida, Carlos Gimenez, ordered his prison director “to honor all immigration detainer requests received from the Department of Homeland Security” on Thursday, following President Donald Trump’s executive order. He added: “Miami-Dade County complies with federal law and intends to fully cooperate with the federal government.” (See protesters above)

This was music to Trump’s ears, who immediately tweeted 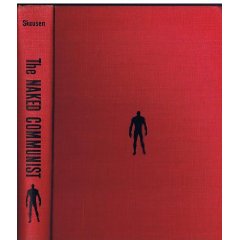 The murders of five Dallas police officers in July were the worst record of police shootings since the terrorist attacks on the United States in September 2001, but since that time violence has continued against police at high rates. Between 11:45 a.m. and 10:30 p.m. Sunday, four law-enforcement officials were shot, one of them dying from his wounds.

The first shooting took place in San Antonio, Texas, when

This article first appeared online at TheNewAmerican.com on Monday, April 27, 2015:

Last Thursday Montana Governor Steve Bullock signed into law the strongest prohibition yet by any state against accepting “free” used military equipment from the federal government. A month ago New Jersey Chris Christie signed into law prohibiting such “free” used war materiel without express approval from the local governments involved. Montana’s new law outright prohibits any department in the state from receiving drones that are armored or weaponized (or both), military aircraft, grenades or grenade launchers, silencers and “militarized armored vehicles.”

In New Jersey the bill passed both houses unanimously; in Montana the House voted 79-20 in favor while the Senate voted 46-1 in favor. Under the new law police departments remain free to purchase such materiel, but

Another Anti-Gun Politician Feels the Heat, Sees the Light

This article was first published at The McAlvany Intelligence Advisor on Monday, April 27, 2015: Former Illinois Senator Everett Dirksen (1951-1969) was such a studied and careful elocutionist that he was called “The Wizard of Ooze.” Known for such aphorisms as “A billion here and a billion there, and pretty soon you’re talk about real money” and “I am a man of fixed and unbending principles, the first of which is to be flexible at all times,” his most famous one was this:

Another Second Amendment Victory, This Time in Tennessee

This article first appeared online at TheNewAmerican.com on Monday, April 27, 2015:

When Tennessee Governor Bill Haslam was mayor of Knoxville in 2009, he supported gun restrictions in city parks, but since then he has had a change of heart. On Friday he signed into law a bill that invalidated an older law prohibiting gun owners with permits from carrying concealed in parks across the state.

This article first appeared at TheNewAmerican.com on Monday, October 27, 2014:

PEN America is using the alleged use of excessive force by the police in restraining crowds and journalists trying to cover the Michael Brown shooting in Ferguson, Missouri, last August to call for federal guidelines to be applied to every local police force in the country.

The group — part of the PEN American Center, whose motto is “Protecting Free Expression” — published its summary of 52 instances of Ferguson police allegedly overreacting to real and perceived threats to public safety in the aftermath of the shooting of Brown by Ferguson police officer Darren Wilson. Calling them “alleged” violations, PEN America said on Monday that they “contravene a right that is protected under the U.S. Constitution and international human rights law.”

PEN American Center “calls upon the U.S. Department of Justice to carry out investigations into violations of press freedom … [and] to ensure that … the rights of members of the press and of the public at large are upheld.” Could Drake v. Jerejian be the next big gun case? On Friday the Supreme Court will consider, for the third time, whether or not to review a case concerning the right to carry outside the home. The Court first met on April 18 and then again on April 25 to review the 3rd Circuit Court’s decision from New Jersey. If it agrees to look at it, Drake v. Jerejian could be the most important Second Amendment case since the Court’s decisions in Heller and McDonald.

The lawsuit was originally brought by Jeffrey Muller, a New Jersey resident and business owner who

The pushback from the Immigration and Customs Enforcement (ICE) agency’s request for bids to build a national database of all license plate data now being collected elsewhere across the country was immediate, and for the moment at least, effective: within a week the agency withdrew its request.

ICE said such a national data base would just make its job of tracking illegal immigrants easier, that it

This article was first published on Monday, December 2nd, 20113, at the McAlvany Intelligence Advisor:

The complaint that U. S. District Court Judge Marcia Kreiger didn’t know what she was doing in her ruling was far too generous. Kreiger knows exactly what she is doing in ruling that

The lawsuit brought back in May by 54 Colorado county sheriffs and 21 other parties complained that two recent laws enacted by the Colorado legislature violated the Second and Fourteenth Amendments. Without ruling on those complaints, Chief Judge Marcia Kreiger of the U.S. District Court of Colorado said that the sheriffs lacked

This article was first published at The McAlvany Intelligence Advisor on Wednesday, November 13th, 2013:

For Hipolito Mora, the owner of a lime plantation in Michoacán, one of Mexico’s 32 states, the final straw was the refusal of a packing company to buy his fruit because he wouldn’t pay a 10% kickback to the drug cartel that owned it. For Miguel Patino Velaquez, it was the sight of others in his town taking up arms and joining forces to fight the cartel. For Leticia, a lime picker, her tipping point came when she and her two children witnessed the

Belgian Government Shutdown a Lesson for the US?

This article was first published by The McAlvany Intelligence Advisor on Friday, October 4th, 2013:

With all the noise and rhetoric over the awful, catastrophic, world-ending US government shutdown, little has been said about the Clinton shutdown and nothing at all about the 589 days Belgium went without a national government in 2010 and 2011.

There’s no chance that the present US “shutdown” will threaten that record.

Belgium is a quirky little country with just 11 million people. Its government, when it has one, is a combination of

Reality Check from Cook County, Illinois: “You will lose your homes.”

No wonder the media tries to hide reality from the taxpayers. It’s too hard to take. It’s better to ignore it.

But in Cook County, Illinois, the reality can’t be ignored any more. The taxpayers are waking up to tax bills showing increases they weren’t expecting, and are flooding the treasurer’s office with complaints. Why anyone would want to be Cook County Treasurer is beyond me, but here she is: Maria Pappas. In at interview with Larry Bell, she said: