This article first appeared at The New American online on Wednesday, October 16th, 2013:

Despite mounting evidence that the government will have more than enough money to pay its essential bills and that the real national debt is $70 trillion, not $17 trillion, and despite pressure from Tea Partiers and constitutionalists to resist, House Speaker John Boehner is likely to bring the Senate bill to a vote in the House where, if House Minority Leader Nancy Pelosi is right, it will

In Tuesday’s article in the New York Times, authors Jonathan Weisman and Ashley Parker were hard-pressed to say nice things about the hard core conservatives who have forced House Speaker John Boehner’s hand in confronting the president over his signature legislation, Obamacare. But they did manage to

House Speaker John Boehner (R-Ohio) announced on Wednesday that he would schedule a vote for Friday on his newly revised bill to continue government spending at current levels but without funding for Obamacare, in response to pressure from a small but critically important group of Tea Party conservatives. Fresh from the hustings, that group, estimated to be about 40 in number, has been reminded afresh of their constituents’ demands to

Following the informal meeting between President Obama and Russian President Vladimir Putin, Putin made clear that he would continue to provide all manner of military aid to Syria’s President Assad. Such aid would include

US Military preparations are underway for a limited, two-day, surgical strike aimed at “punishing” Syria’s President Bashar al-Assad for using chemical weapons – nerve gas – in last Wednesday’s attack on civilians in 9 cities in the Ghouta region east of Damascus, killing an estimated 1,300 people.

According to senior officials in the Obama administration, the attack “would probably last no more than

On Monday the Heritage Foundation was joined by two Tea Party grassroots organizations, Tea Party Patriots and For America, on “Defund Obamacare” tours to bring political pressure on Senators who have not yet signed Senator Ted Cruz’s Defund Obamacare Act (Senate Bill 1292). The Heritage tour started in Fayetteville, Arkansas and will visit nine cities by the end of August. The tour backed by Tea Party Patriots and For America will start in Ohio and

In an online statement posted on Tuesday, Mark Mazur, an assistant secretary at the Treasury Department, said the agency would delay for one year any imposition of penalties onto companies failing to provide insurance coverage for its employees under Obamacare:

We have heard concerns about the complexity of the requirements and the need for more time to implement them effectively. We have listened to your feedback. And we are taking action.

This was followed up with a posting on the White House website by Obama advisor Valerie Jarrett:

After accepting the resignation of the acting commissioner of the Internal Revenue Service, Steven Miller (who was going to leave the agency in June anyway), and then reviewing the Treasury’s report on IRS malfeasance in the “conservative charity targeting” scandal, President Obama expressed the sentiments of many on Wednesday:

Congress has just set a new standard for hypocrisy: exempting itself from Obamacare

Most folks know the classic definition of hypocrisy:

1. The practice of professing beliefs, feelings, or virtues that one does not hold or possess; falseness.
2. An act or instance of such falseness.
More and more of those folks are applying it to Congress.  This latest about months-long secret negotiations to exempt members of congress and their staffs from Obamacare has gone viral in the last 48 hours and

Details on Obama’s budget, due next week, are leaked to CNN

Let’s be clear about something: CNN is an establishment mouthpiece, having been founded by Ted Turner, that despicable anti-American low-life who was married for a while to treacherous Jane Fonda until she allegedly became a Christian. CNN now is owned by Time Warner, another despicable anti-American outfit guilty of pumping raw sewage into movie theaters and the living rooms of Americans for decades. So anything that CNN has to say promotes measures and programs that I abhor.

In that light, this piece from CNN about Obama’s budget must be viewed as

The GOP Surrenders Without a Fight 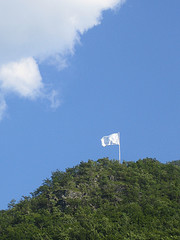 I wrote yesterday about a memo that the Conservative Action Project sent to House Republicans meeting in Williamsburg to plot strategy against Obama’s continued demands for higher taxes. They ignored the memo, and surrendered.

House Republicans revised their strategy for the coming months’ fiscal debate with Democrats, saying they’ll agree to a three-month debt-limit increase without demanding spending cuts as part of the deal.

This fits perfectly with Mish Shedlock’s prediction that they would surrender. He was just surprised at how quickly they folded. So am I. Wrote Mish:

Let’s review my precise call.
Politics of the Debate

The GOP followed Mish’s call to the letter, completing steps 1 through 3.

But then, Republicans bypassed steps 4-6 and skipped straight to step 7 without a  fight.

From the Bloomberg article, Boehner used

There are lots of reasons. But no one sums them up as well as John Hawkins. Hawkins says true conservatives don’t “trust the establishment Republicans as far as you can throw them.” And for good reason.

At President Obama’s final press conference of his first term held on Monday, he made clear his intentions not to negotiate with the Congress over the debt ceiling. Said the president, “We are poised for a good year if we make smart decisions … and as long as Washington politics don’t get in the way…”

His position on the debt ceiling issue is

How likely is a government shutdown over the debt ceiling?

Not very, if David Harsanyi is correct. Harsanyi used to write for the Denver Post and I took a writing class from him several years ago. He referred to the newsroom at the Post – Denver’s liberal paper – as “the collective.” That brought a lot of laughs.

He says that Washington faces three more “cliffs” – the “debt ceiling” cliff, the “sequestration” cliff, and the “balanced budget” cliff. He thinks that the idea of shutting down the government over the debt ceiling cliff is

Following increasing dissatisfaction with House Speaker John Boehner, staffs of unnamed House members have developed a detailed plan to oust John Boehner (R-Ohio) as the first order of business on Thursday, January 3rd, 2013. Matthew Boyle, writing for Breitbart.com, obtained a copy of the plan with its strategy and tactics laid out in detail. Provided by staffers who demanded anonymity in case the plan backfires, it will be

Tim Huelskamp is a House member (R-Ky.) and a member of the Tea Party Caucus who was canned by Speaker John Boehner because he didn’t “toe” the Republican line, a move that Huelskamp called “petty” and “vindictive.” I called it “instructive” about Boehner.

He has strong opinions about government spending, and wasn’t afraid to voice them. Back in February of this year,