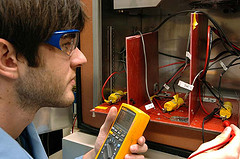 Well, not exactly. Production of the car has been plagued by 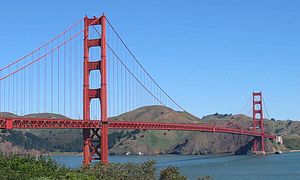 The Golden Gate Bridge in San Francisco, one of California’s most famous landmarks. (Photo credit: Wikipedia)

Only 49 of 50 states reported initial unemployment claims last week according to Labor Department economists. This has led to a predictable, yet wholly pathetic attempt by the media to say that unemployment claims have fallen to a new, four-year low even as it is suspected that the most populous state, California, didn’t report results.

The Washington Post accepted the initial report as fact, and delighted in the prospect that the economy was improving, just in time to

The Wall Street Journal virtually called the Obama administration’s efforts to create “green” jobs a joke, decrying the President’s efforts to jump-start the economy with them as mere “conjuring” and suggesting instead that he drop his “ideological illusions” and face reality.

The reality is that no matter how much of other people’s money the President throws at the “clean” renewable alternative energy sector to force it to generate jobs, his efforts have been an abysmal failure. The name Solyndra is now synonymous with “loser” and the Washington Post reported last month that Obama’s green loan program of $38 billion has created just 3,500 jobs in two years instead of the 65,000 anticipated by the White House.

Instead, real jobs are being created in the real energy industry—in Pennsylvania, North Dakota, Texas, Louisiana, and Oklahoma. In the first six months of this year,

Evidence for Double Dip is Growing

Establishment economists and other economic cheerleaders were disappointed to learn that, despite the government’s best efforts to revive the economy through Keynesian interventions and stimuli, the GDP (Gross Domestic Product) for the first quarter of 2011 was half the rate of growth in the last quarter of 2010.

As noted by the Wall Street Journal,