This article first appeared at The McAlvany Intelligence Advisor on Wednesday, November 19, 2014:

In a remarkable revelation, J.E. Dyer, writing for Liberty Unyielding, posted Bassem Masri’s tweets showing not only his invitation to participate in a Justice Department meeting over the tinder box of Ferguson, Missouri, but also its support of the impending firestorm there that will follow the grand jury’s decision.

DOJ has appointed a few of us2reform the police in the entire region that should resonate nationwide thats the director intentions….

This article first appeared at The McAlvany Intelligence Advisor on Monday, November 3, 2014:

In his letter to the Washington Post on Saturday, libertarian economist Donald Boudreaux unwittingly exposed the logical fallacy behind the OECD’s (Organization for Economic Co-operation and Development) new “tax evasion” treaty: they really think they can help the little taxpayer by increasing the collection of taxes on the evaders. Wrote Boudreaux:

This fact means that Uncle Sam almost as often as not responds to each dollar of additional tax revenue by increasing his spending by more than a dollar – thus imposing a heavier tax burden on future taxpayers.

In other words, tax avoiders (not evaders) are performing a public service by doing what they can to reduce government revenues which constrain government spending.

This article first appeared at TheNewAmerican.com on Friday, August 29, 2014: With gasoline prices averaging, according to the AAA Motor Club, just $3.43 a gallon as of August 28, Clifford Krauss celebrated the “new American oil bonanza” in an article for the New York Times. Unfortunately, Krause is behind the times and only half right. The “new” American oil bonanza is not new, nor is it confined to oil. The first economical natural gas shale fracture was completed in 1998 by George Mitchell’s company, Mitchell Energy, using slick water fracturing. Since then, natural gas from shale has been the fastest growing contributor to total primary energy in the United States, with crude oil extraction from shale right behind.

Happily, Krause got the rest of it right when he noted that 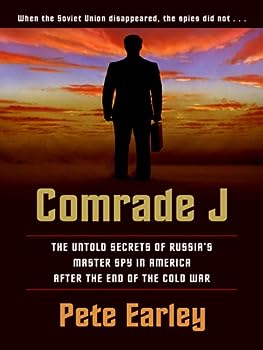 This article was first published at The McAlvany Intelligence Advisor on Monday, June 16, 2014:

Last month, the Financial Times saw what’s coming: Housing prices rose last year at the fastest rate since 1995, setting the stage for the next global bust. Eleven countries they were watching had year-over-year rises in double digits, adding:

Even Germany, known for its stable housing market, is prompting concern, with the Bundesbank warning that valuations are as much as 25 percent too high in [some] big cities.

It admitted great concern that regulators won’t be able to do anything about it, either, just like last time:

Viviane Reding, the vice president of the European Commission, has made abundantly clear that her vision is to create and enforce a United States of Europe, and the upcoming election of 751 delegates to the European Parliament in May is just the time to accomplish the task. Said Reding:

The Rise of “Saudi America”

This article first appeared at The McAlvany Intelligence Advisor on Friday, December 6th, 2013:

Back in early February Citigroup apologized for missing the huge explosion of oil and natural gas occurring in Texas, North Dakota, and elsewhere. Its report, entitled “Energy 2020: Independence Day” began:

What was missing from nearly all the media coverage of the “immigration rally” on Tuesday on the National Mall was any mention of how the rally came to be held there in the first place. The National Mall is closed for the duration of the so-called government shutdown and yet

Thanks to America’s Fracking Boom and Skilled Labor Force, Re-shoring of Jobs is Accelerating

More than half of 200 US companies with sales greater than $1 billion are moving jobs back to the US, or are planning to, within the next two years. The announcement by Boston Consulting Group (BCG) on Tuesday confirms a subterranean paradigm shift that’s been underway for at least

The German “Model” is broken

This was the theme of a long article I wrote which was published by The New American magazine back in April: The Modern German Economic Model is a Myth. In it I made the point that Germany, all by itself, couldn’t keep the EU economy going for very much longer. Here was my conclusion:

When Wolfgang Schmidt learned about NSA leaker Edward Snowden’s revelations concerning its ability to collect personal data on millions of American citizens, he was astonished. As a lieutenant colonel in East Germany’s secret police, the STASI, his department was limited to tapping just 40 phones every day. If a decision was made to tap a new phone, one of the others had to be disconnected. Said Schmidt:

Saturday’s revelations by the German newspaper Der Spiegel that the US placed bugs in European Union officials’ offices in New York and Washington and hacked into EU headquarters in Brussels have ignited a firestorm of indignation among German and European officials. Coming on the heels of the FISA court’s ruling in April that Verizon must turn over telephone records to the National Security Agency and Edward Snowden’s exposure in June of PRISM that has been vacuuming up American citizens’ internet communications for years, expressions of outrage were heard from German and European Union politicians.

This, at least, is the gist of the headline from the AP: “German who helped start euro now calls for its end.” The AP article that backed it up was just four paragraphs long and led me to think: this guy has awakened to reality! He’s been converted to free market principles! Hallelujah!

Even Ambrose Evans-Pritchard, the conservative writer for the liberal Telegraph, seemed to buy the line, saying

It’s unnerving and yet comforting when a worthy such as Bill Bonner agrees with me. What’s more likely is we’re both singing off the same sheet of music. In Monday’s newsletter Bonner titled his entry “The Recovery That Never Happened,” and I agree. Whatever green shoots (remember green shoots, the ever hoped-for, greatly anticipated but never sustained recovery from the Great Recession?) appeared have withered away, leaving the US, Germany and the world with

Today is Tax Freedom Day, Except…

According to the Tax Foundation, “tax freedom day” – the day when the nation as a whole has earned enough money to pay all of its taxes for the year – arrived five days later this year than last year: Thursday, April 18th. The math is simple:

Europe is going into Depression

William L. Watts is a writer for MarketWatch, a division of The Wall Street Journal that posts a robust and highly informative website for avid readers of the economic tea leaves (like me). What’s interesting is that I can’t find out anything about Mr. Watts: