Greece Passes into History as a Sovereign Nation

This article was published by The McAlvany Intelligence Advisor on Wednesday, July 15, 2015: From Genesis 25 one finds this:

Once when Jacob was cooking some stew, Esau came in from the open country, famished. He said to Jacob, “Quick, let me have some of that red stew! I’m famished!” (That is why he was also called Edom.)

“Look, I am about to die,” Esau said. “What good is the birthright to me?”

But Jacob said, “Swear to me first.” So he swore an oath to him, selling his birthright to Jacob.

Then Jacob gave Esau some bread and some lentil stew. He ate and drank, and then got up and left.

So Esau despised his birthright.

After suffering through some 17 hours of haranguing and browbeating last weekend, Greece’s Prime Minister Alexis Tsipras gave away Greece’s national sovereignty for some bread and a bowl of lentil stew.

And the stew smelled to high heaven.

The official emblem of the European Parliament. (Photo credit: Wikipedia)

Anthony Wile is at it again. While most were caught up in the national election and the aftereffects of Hurricane Sandy and General Betrayus, Angela Merkel, the German Chancellor, explained what the implosion in Europe is all about. In speaking to the European Parliament last Wednesday, she shed all cover and told all who would listen what’s really going on:

Of course the European Commission will one day become a government, the European Council a second chamber and the European Parliament will have more powers – but for now we have to focus on the euro and give people a little more time to come along.

Wile has been saying this for years. That’s part of why his blog has grown so rapidly: he sees with a view and an insight that truth seekers appreciate. Out of 644 million active websites  Alexa ranks www.thedailybell.com at 16,991 in the United States. More than 6,700 people come to his Switzerland-based website every day. And his readership has grown 60% just in the last three months.

He’s like the 500-pound canary: when he speaks, people listen!

He notes that the European Union was always, from the very beginning, designed with 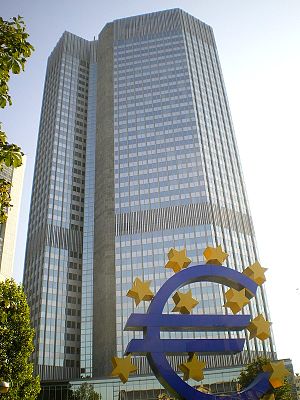 The decision on Wednesday by Germany’s Federal Constitutional Court that clears the way for the European Stability Mechanism (ESM) to extend its power over the national sovereignty of the eurozone’s member states was celebrated as a victory to save the euro.

It was nothing of the sort. It was instead a political victory for dictatorship in the name of the euro.

By putting some temporary limits on just how much the German government can contribute to the ESM, the decision made it appear to be prudent and careful and protective of Germany’s national sovereignty. The court said that Germany’s contribution cannot exceed the currently agreed to amount of $250 billion without approval by the Bundestag, the lower house of the German parliament (roughly equivalent to the House of Representatives in the United States). And the court also required that funds given to the ESM must be 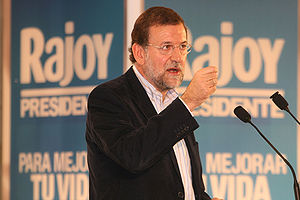 Following another last-minute late-weekend meeting of European Finance Ministers, Spain’s new Prime Minister Mariano Rajoy happily announced that not only was his country going to get more bailout funds than it needs, it’s coming without any strings attached. This is because, according to Rajoy, the new measures instituted since the victory of his People’s Party last November have been so effective in bringing common sense and prudent behavior back to the country’s financial markets. Those “radical” fiscal, labor-market, and financial-sector reforms that were instituted were the key, he said, adding,

If we hadn’t done this in these past five months, what was put forward [on Sunday] would have been a bailout of the Kingdom of Spain. Because we had been doing our homework for five months, what did happen…what was agreed, was the opening of a line of credit for our financial system.

There is no conditionality of any kind.

According to a report by the International Monetary Fund (IMF), Spain needed at least $50 billion to rescue and recapitalize its banks. But the Finance Ministers decided to up the ante significantly, to $125 billion, just to be safe. Said Olli Rehn, the European Union’s top economist, “This is a very clear signal to the markets, to the public, that the Eurozone is ready to take determined action.” He added, “We deliberately wanted to ensure there is some additional safety margin…. This is preemptive action.”

What Rajoy failed to mention is that there are most certainly strings attached, and when

Monday’s meeting of the European Union in Brussels resulted in agreement of 25 of the 27 member states to inflict upon themselves and their hapless and increasingly powerless citizenry the tools of international fiscal dictatorship.

The purpose of the “fiscal pact” is to enforce “budgetary discipline” so that the present euro crisis can be contained and future such crises averted. In the short run that means granting the European Central Bank (ECB) additional power to expand its reserves so that bailouts to failing countries can continue, subject to enforcement rules. In the longer run, the pact puts in place the primary tool of coercion, the European Stability Mechanism, to be effective in July.

European Council President Herman Van Rompuy said that initially the ESM will be limited to just €500 billion ($650 billion) but that the ultimate number “will be reassessed down the line.”

Critics say that’s the entire purpose of the ESM: to set up the mechanism of control under the guise of providing bailout funds to members in need while installing ruling class elites (bankers with ties to Goldman Sachs) out of reach of the taxpayer class. Angela Merkel, German Chancellor and mouthpiece for the ESM, was clear: “It is an important step forward to a stability union. For those looking at the union and the euro from the outside, it is very important to show this commitment.”

As reported by Annika Breidthardt for RealClearMarkets.com, the latest European crisis summit that ended last weekend resulted in “a historic agreement to draft a new treaty” which she then characterized as “too little, too late.” Reaction of the equity and currency markets agreed, with substantial losses in American and European stock markets opening the week, and the euro dropping to lows not seen since last February.

The agreement will require EU member states to ante-up $267 billion to the International Monetary Fund which will then turn around and re-lend it to those member states in financial trouble. Exactly how those needing the funds will “ante-up” was left unexplained. The existing bailout fund—the European Financial Stability Fund, or EFSF—will be leveraged, debt upon debt, to give it more ability to lend to those same struggling countries.

But the big news is the moving forward of the date for ratification of the ESM—the European Stability Mechanism—by a full year, to June of 2012. This is the elephant in the living room that few in the media have spent much time reviewing, although a careful analysis is available here. The reason for moving ahead with such a grotesque totalitarian program is obvious: there may not be enough time left to implement it. Investors continue to demand

Germany’s Finances Weak and Getting Weaker

The “disastrous” failure of the German bond auction on Wednesday when buyers failed to bid the offering and Germany’s Central Bank—the Bundesbank—had to step in and purchase nearly 40 percent of the offering came just a day after SpiegelOnline posted an article critical of the country’s finances. The article virtually accused Chancellor Angela Merkel and her Finance Minister, Wolfgang Schauble, of “cheerleading” the economy’s supposed strength while ignoring major weaknesses. Merkel says her country has “a clear compass for reducing debt [and that] getting our finances in order is good for our country.” Schauble was an echo: Germany is a “safe haven [because] the entire world has great confidence in both the performance and soundness of the fiscal policies of the Federal Republic of Germany.”

Cracks in Germany’s economy were noted by Professor Wilhelm Hankel of Frankfurt University back in November of 2010: “Germany cannot keep paying for bail-outs without going bankrupt itself. This is frightening people.” He added,

You cannot find a bank safe deposit box in Germany because every single one has already been taken and stuffed with gold and silver. It is like an underground Switzerland within our borders. People have terrible memories of 1948 and 1923 when they lost their savings.

Additional cracks in Germany’s economy were revealed in August this year in the Washington Post, which noted that

At a joint briefing on Wednesday with Irish Prime Minister Enda Kenny, German Chancellor Angela Merkel announced the next step towards the creation of the supra-national European state: “Germany sees the need…to show the markets and the world public that the euro will remain together, that the euro must be defended, but also that we are prepared to give up a little bit of national sovereignty…” It must be done, she said, so that the euro is “strong and inspires confidence on international markets.”

This could be done through changes in the Lisbon Treaty that comprises the basis for the European Union, or more likely through the signing into law the European Stability Mechanism (ESM) by December 31, 2012. Merkel explained that, either way, this would allow for “an intervention and oversight role in respect of the preparation of national budgets…” among the member states.

This would represent the culmination of more than 60 years of efforts by the Bilderberg Group with the help of the Council on Foreign Relations (CFR), David Rockefeller, and funding of the effort by the Ford and Rockefeller foundations. Joseph Retinger, one of the founders of the Bilderberg Group in 1954, was also one of the principal architects of the European Common Market. As early as 1946, in a speech to the Royal Institute of International Affairs (RIIA), the British counterpart of the CFR, Retinger said that Europe needed to create a federal union and that it would be necessary for the European countries to “relinquish part of their national sovereignty” to secure it. As noted by Andrew Gavin Marshall, research associate for the Centre for Research on Globalization, the effort to create the dictatorship of Europe goes back many years and is the creation of many hands: