Eugenics and the Progressive Movement

You’d think that the fact that billions more people today live far-longer, much-healthier, and vastly richer lives than were lived by all but a small handful of nobles and clerics when the earth’s population was much smaller would cause Ms. Olliges to pause before asserting that “reducing our population is in the best interest of our species.” 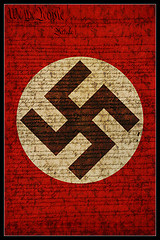 Economics professor Donald Boudreaux has just touched on something here that I don’t think gets nearly enough attention: the very close relationship between eugenics and the Progressives. Early in the 20th century progressives liked the idea that weeding out undesirables in the human population would improve the living standards of those remaining and make the earth a nicer place to live.

This sort of thinking led inevitably to the Nazi program of extermination of Jews as undesirables, and the Progressives now decry any such relationship.

A 50-year-old woman or 70-year-old man eats and drinks, and emits carbon, at least as much as does a child.  So if Ms. Olliges truly believes that today’s large population poses an awful danger, let her advocate—in addition to birth control—such policies as, for example, prohibiting anyone older than 50 from receiving medical care.  By her moral lights, humanity and mother earth will be well-served as a result.

I don’t think anyone at Psychology Today, to whom Boudreaux is addressing his letter, is going to get writer’s cramp in responding. But the link between Progressives and eugenics—ethnic cleansing—is unmistakable. Here is a quote from the Journal of Economic Perspectives, written in 2005, that makes the link abundantly—and chillingly—clear:

Less well known is that a crude eugenic sorting of groups into deserving and undeserving classes crucially informed the labor and immigration reform that is the hallmark of the Progressive Era. Reform-minded economists of the Progressive Era defended exclusionary labor and immigration legislation on grounds that the labor force should be rid of unfit workers, whom they labeled “parasites,” “the unemployable,” “low-wage races” and the “industrial residuum.”

And so, thanks, Dr. Boudreaux, for bringing (indirectly) this link to our attention.

A Different Take on Global Warming

In your segment “What happened to global warming being a hoax?”—aired during today’s 1pm hour on Washington, DC’s, WTOP radio—you played a clip of U.C.-Berkeley scientist Richard Muller saying that “all of this warming over the last 250, 260 years has been caused by green house gases emitted by humans.”

Being no physical scientist myself, I accept Mr. Muller’s claim.  But contrary to most people’s reaction to this news, my reaction is “What a deal!” 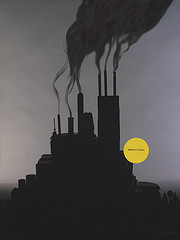 Now there’s a different point of view. Rather than contesting the belief (and that’s what it is) that human behavior has raised temperatures, Boudreaux instead accepts the premise and then says “So what?”

I just wrote about a global warming scientist who has, honorably, found that the data doesn’t support the thesis (surprise, surprise) and now declaims it. Here’s the link to my article from The New American.

But Boudreaux says that even if temperatures did rise, a little, it’s more than justified by the enormous increase in human well-being over the past couple of hundred years!  Here he is:

In exchange for slightly warmer global temperatures, humanity gets off-the-charts benefits never before enjoyed by ordinary men and women – benefits that began to flow only 250, 260 years ago.  In industrialized countries, these benefits include a near-tripling of life-expectancy; a growth in average real per-capita income to a level at least 30 times higher than it was a mere three centuries ago; an end to famine and plagues; abolition of the multi-millennial-old institution of slavery; widespread literacy; and an unprecedented expansion in women’s rights and opportunities—all these wonders, and more, from bourgeois commerce and industry powered in part by fossil fuels.  Has humanity ever gotten so much at such a puny price?

I love it when someone comes along and challenges my perception of reality.

So we need no tutoring from Mr. Obama about the fact that each of us daily depends on many other people for our food, clothing, shelter, medical care and nearly everything else that we consume. The fact that the president presumes that sensible people are ignorant of this reality speaks volumes about his assessment of our intelligence. 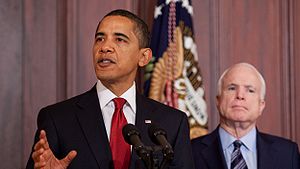 Donald Boudreaux is one of my favorite economic writers. He’s smart, he’s logical, and he writes well.

There is so much to say about President Obama’s self-serving remarks about how entrepreneurs “didn’t build it” without the government that Boudreaux is taking several columns to expose the myth and explain the truth. His first column is a beauty.

Of course, “success for an individual in a market economy requires the ongoing efforts of countless other people. Indeed, economists have long emphasized that one of the distinguishing features of a free market is its capacity to inspire millions of people to cooperate successfully with each other.”

But to have the president lecture us about that in order to promote his totalitarian worldview that without government, nothing would happen, is the height of hubris and the depth of ignorance about how the real world works.

And that’s the point that’s missing from this column, which I hope Boudreaux covers in his next column: Obama is informed by totalitarian ideology, which takes as its base position that private capitalism—the free market—is the enemy, and must be destroyed.

I hope Boudreaux mentions that.

Don Boudreaux: Someone Please Tell Me Again Why Politicians Should be Treated With Respect

Donald Boudreaux is one of my favorite economists. Not only is he of the Austrian School of economics, but he writes engagingly and persuasively as well. And when someone as dense and illiterate as Harry Reid says something that is provably stupid, count on Boudreaux to write a letter to the editor about it.

It’s not about whether the Olympic uniforms were made in China. It’s about being free to do business with the low bidder.

By the way, what else are we wearing that is already made in China? Just about everything! 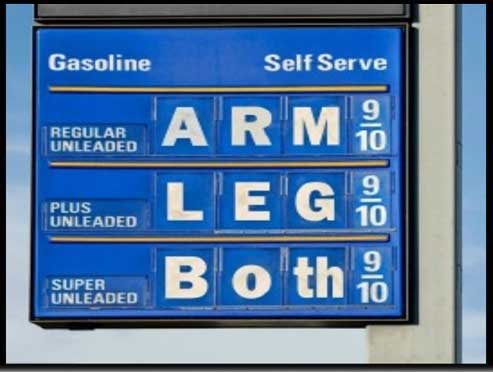 On Tuesday the President targeted speculators for driving up the price of oil and recommended additional oversight on the oil markets manned by an increased number of regulators to be paid for with additional government funding of $52 million. His new strategy, outlined in the Rose Garden, is “to stop spikes in gas prices that we’ve put up with every single year—the same kind of increase that we’ve seen over the past couple of months.” He explained:

That includes doing everything we can to ensure that an irresponsible few aren’t able to hurt consumers by illegally manipulating or rigging the energy markets for their own gain. We can’t afford a situation where speculators artificially manipulate markets by buying up oil, creating the perception of a shortage, and driving prices higher—only to flip the oil for a quick profit. We can’t afford a situation where some speculators can reap millions, while millions of American families get the short end of the stick. That’s not the way the market should work…

So today, we’re announcing new steps to strengthen oversight of energy markets. Things that we can do administratively, we are doing. And I call on Congress to pass a package of measures to crack down on illegal activity and hold accountable those who manipulate the market for private gain at the expense of millions of working families…

Included in this package, funded by the $52 million he’s requesting, would be an increase to six times the number of surveillance and enforcement police at the Commodity Futures Trading Commission (CFTC), an upgrade of computer technology to improve their surveillance of the markets, an increase in penalties for those miscreants caught allegedly doing the manipulating from $1 million per day to $10 million, and a demand that the penalties be applied on each transaction instead of each day.

His call for more government drew immediate criticism from

Institute for Justice Celebrates 20 Years of “Litigating for Liberty”

Economist and conservative commentator Don Boudreaux attended the opening of the Institute for Justice (IJ) on September 10, 1991, and thought to himself at that time that “it sounded like a good idea.” Looking back at what IJ has accomplished since then, Boudreaux says, “IJ’s success over the past two decades is nothing short of phenomenal.”

At the ceremony marking the beginning of IJ, co-founder Clint Bolick spelled out exactly what they intended to do, and recognized the enormous changes in the way of their doing it. IJ is going to be focused, he said, on “removing barriers to opportunity and helping low-income people earn their share of the American Dream.” For instance:

Little Devon Williams, who was able to escape the cesspool of the Milwaukee Public Schools and instead get a good education in an excellent neighborhood private school, thanks to

Now that the Senate has officially and resoundingly defeated President Obama’s jobs bill (The American Jobs Act), the question remains: just how do real jobs grow?

Matt Welch, writing in the November issue of Reason magazine, reminds his readers of what doesn’t work: government promotion of ideology. The Solyndra debacle is the most recent but not the only example. In May 2010 the President gushed over the positive impact Solyndra was having in growing jobs in the “green” sector:

We invested…in clean energy because not only would this spur hiring by businesses but it creates jobs in sectors with incredible potential to propel our economy for years, for decades to come. And we can see the positive impacts right here at Solyndra…

Is Rick Perry Right? Is Social Security a Ponzi Scheme?

On Monday night Perry refused to back down: “It is a Ponzi scheme to tell our kids that are 25 or 30 years old today, you’re paying into a program that’s going to be there. Anybody that’s for the status quo with Social Security today is involved with a monstrous lie to our kids, and it’s not right.” But in his op-ed piece in USA Today on Sunday, Perry backed off, writing instead that

Five years ago Donald Boudreaux, Economics Professor at George Mason University and author of the website Café Hayek, bought a used 1975 Sears catalog on Amazon, and started comparing prices to those current in 2006. His results, at the time, were quite remarkable, and generated much traffic and conversation on the matter. For instance, the lowest-priced electronic calculator in 1975 was $13.88, and with six digits, it allowed one to add, subtract, multiply and divide. When updated for inflation through the Bureau of Labor Statistics (BLS) website, that would be $56.21 in today’s money. Of course, it’s hard to draw any sort of hard conclusion from a single example. First of all, that calculator is no longer available. Those available today are vastly more powerful and versatile and sell now for just a few dollars.

Here are some others that he found, with updated 2011 prices from Sears.com: