This article appeared online at TheNewAmerican.com on Friday, November 18, 2016:

Early Thursday evening President-elect Donald Trump tweeted: “Just got a call from my friend Bill Ford, Chairman of Ford, who advised me that he will be keeping the Lincoln plant in Kentucky — no Mexico.” A few minutes later he tweeted an addendum: “I worked hard with Bill Ford to keep the Lincoln plant in Kentucky. I owed it to the great State of Kentucky for their confidence in me!” (Trump won Kentucky’s 8 electoral votes by beating Hillary Clinton, 62 percent to 32 percent.)

The anti-Trump media jumped all over Trump’s self-proclaimed “victory,” noting in the process that he got some of his facts wrong: 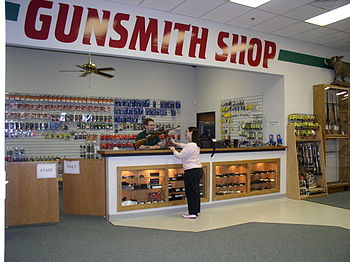 The “Ratchet Effect” at Work Once Again, This Time Against Gunsmiths

This article was published by The McAlvany Intelligence Advisor on Monday, October 3, 2016: 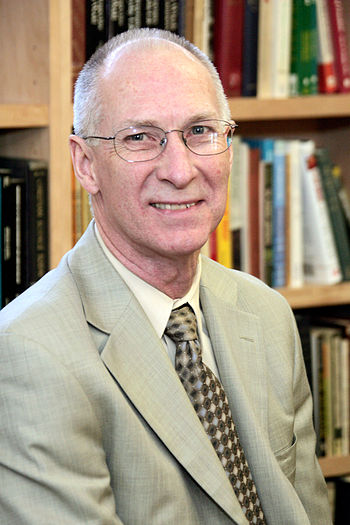 In interpersonal relations, the ratchet effect has been called “What’s mine is mine; what’s yours is negotiable.” In politics it’s been called “Two steps leftward, one step back.” Robert Higgs, a Senior Fellow in Political Economy at the Independent Institute for nearly a quarter century, described the effect much more elegantly: once a crisis that calls for more government has passed, state power usually recedes, but it rarely returns to its original levels; thus each emergency leaves the scope of government a little wider than before.

Thomas Jefferson put it this way: “The natural progress of things is for the government to gain ground and for liberty to yield.”

The latest example is the State Department, through its Directorate of Defense Trade Affairs (DDTC), expanding its definition of “gunsmithing” so that it is called “manufacturing,” thus allowing it to

US to give up its Control of the Internet

Last Friday the Department of Commerce announced that in October 2015 it will relinquish all remaining control over the “root” of the internet to an obscure but vital private non-profit organization. That group, the Internet Corporation for Assigned Names and Numbers (ICANN), promises to create a new structure that will keep the internet

The Fiscal Cliff: What Really Needs to Be Done 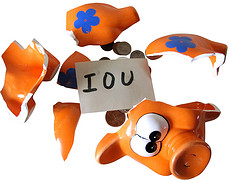 Now that the national elections are history, attention in Washington is firmly focused on the “fiscal cliff”: the day of reckoning created by the congress during the budget ceiling debate in the summer of 2011. When the Super Committee failed in its mandate to create a plan to address the deficits and the national debt, the result was the misnamed Budget Control Act of 2011 which, in current parlance, kicked the can to December 31, 2012. All that act did was to raise the debt limit immediately by $400 billion, thus averting a government shutdown, while allowing further increases in the debt limit without another congressional confrontation with the White House. The tradeoff was the promise of spending cuts in the future.

That future is now.

If nothing is done, and the economy runs off the so-called fiscal cliff, the impact will be a combination of $7 trillion worth of tax increases and spending cuts over the next decade.

There will be automatic spending cuts of $120 billion annually in both defense and non-defense spending, there will be increases in income and capital gains tax rates, the reestablishment of the so-called “death tax” (the estate tax), 27 million households will now be subject to the “wealth tax” under the Alternative Minimum Tax (AMT), while those enjoying the payroll tax “holiday” will see their Social Security withholding taxes return to the 6.2% rate from the current temporary 4.2% rate. There would be the confluence of another flurry of other tax increases and spending cuts as well, including 27% cuts to Medicare providers and at least four other tax increases imbedded in Obamacare.

According to the Heritage Foundation, the fiscal cliff will cost families making $70,000 a year more than

The forecast of the 2012 presidential election by Michael Berry and Kenneth Bicker, political science professors at the University of Colorado, that was released in August has been updated with more current economic information, and the result is the same: a Romney win as the economy continues to falter.

It takes 270 Electoral College votes to win the presidency, and Berry and Bicker are projecting that Governor Mitt Romney will win 330 of the 538 votes up for grabs in November, while President Obama will receive just 208, down from the 213 they predicted in August.

It’s the economy. The model developed by the two professors has an uncanny track record, correctly predicting each presidential election since 1980, often with startling accuracy. In their paper originally published in August by the American Political Science Association [APSA] along with 12 other studies, it differed in its predictive “model” by looking at two essential pieces of the economic puzzle: changes in real per capita income — that is, net, after-tax, spendable income — and unemployment rates. But their model doesn’t just rely on the national numbers provided by the Bureau of Labor Statistics, which has been heavily criticized recently for its inexplicable drop in the unemployment rate while real jobs in the economy aren’t even reaching maintenance levels. It relies also on

One of the ways that Whirlpool Corporation celebrated its 100th anniversary last year was to file petitions against two of its main South Korean competitors for “dumping” washing machines onto the market on Black Friday. Whirlpool claimed that Samsung was selling their 3.7 cubic-foot top-loading washing machines at a wholesale price of $363.18, way below the $751.46 Whirlpool says it would cost them to make the same product. Consequently, Samsung and LG Electronics sold thousands of their washers over the Black Friday weekend, taking substantial market share away from Whirlpool.

In its complaint, Whirlpool demanded an investigation into their rivals’ practice of “dumping” washers at prices that Whirlpool couldn’t match, and then demanded sanctions—tariffs—against the offending competitors and their products.

It’s worked before. Last March Whirlpool filed a similar petition about their competitors dumping high-end refrigerators and the Commerce Department agreed, applying a 37-percent duty on

Christine Lagarde, managing director for the International Monetary Fund (IMF), warned that the world faces the risk of a “lost decade” and that “there are dark clouds gathering in the global economy.”

Reiterating her call for global cooperation, she added,

If we do not act, and act together, we could enter a downward spiral of uncertainty, financial instability, and a collapse in global demand. Ultimately, we could face a lost decade of low growth and high unemployment.

Following a “financial dialogue” between China and India, it was announced that the global economy is now in a “critical phase…. There are clear signs of a slowing as developments in advanced economies begin to weigh on [both of] these countries.” And the Chief Executive of Hong Kong, Donald Tsang said earlier this week that the world economy faces a 50-percent chance of a recession.

Economist John Hussman thinks those chances are much closer to 100 percent.

At a news conference in Washington yesterday, a group of U.S. solar panel makers accused China of dumping Chinese-made solar panels on the U.S. market and asked the government for protection by raising tariffs on the offenders. Executives from SolarWorld, which makes its panels in Oregon, were at the conference along with both Oregon Senators.

Said SolarWorld President Gordon Brinser, his company “can compete with anyone in the world [but] illegal subsidies in China [are allowing] the Chinese solar industry to come in and gut and own the U.S. solar industry.” Because the alleged dumping has caused prices to decline, it has put several panel makers into financial difficulty, and was a proximate cause of the disintegration of Solyndra. Senator Ron Wyden (D-Ore.) claimed that because of the dumping of panels at below-market prices,