This article first appeared at The McAlvany Intelligence Advisor on Wednesday, October 9th, 2013:

The potential for liberty’s shrinkage during the Supreme Court’s session that began on Monday is significant, with some exceptions. The cases on the docket range all across the spectrum: 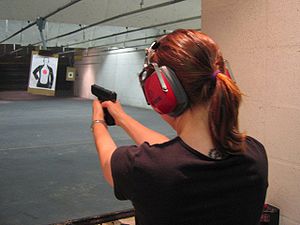 A week ago both Mississippi Republican senators, Thad Cochran and Roger Wicker, announced their support of S.B. 2205—the Second Amendment Sovereignty Act of 2012—that would allegedly protect American citizens from any abrogation of their Second Amendment rights if the UN Arms Trade Treaty was signed by Secretary of State Hillary Clinton in July. That makes a total of 17 senators who are supporting the bill.

The bill, identical to one offered in the House, would “prohibit funding to negotiate a United Nations Arms Trade Treaty that restricts the Second Amendment rights of United States citizens.” The bill notes the threat being imposed by the Obama Department of State and its secretary, Hillary Clinton:

It is the sense of Congress that the sovereignty of the United States and the constitutionally protected freedoms of American gun owners must be upheld and not be undermined by the Arms Trade Treaty.

No funds may be obligated or expended to use the voice, vote, and influence of the United States, in connection with negotiations for a United Nations Arms Trade Treaty, to restrict in any way the rights of United States citizens under the second amendment to the Constitution of the United States, or to otherwise regulate domestic manufacture, assembly, possession, use, transfer, or purchase of firearms, ammunition, or related items, including small arms, light weapons, or related materials.

When President Obama named Elena Kagan as his nominee for justice of the Supreme Court to replace retiring Justice John Paul Stevens, he said she “embodies that same excellence, independence, integrity and passion for the law” as did Justice Stevens. Obama said Kagan is “one of the foremost legal minds” in the country, and is “a trailblazing leader.”

As was immediately pointed out by Conservative Action, the words “independence” and “trail-blazing leader” translate into “Liberal Judicial Activist.”  Conservative Action then went on to offer rebuttals to various “talking points” the administration is using to promote her nomination:

Recess Appointments and the Constitution

“Side-stepping Senate confirmation,” declared the New York Times. “This is going to make problems worse,” exclaimed Lindsey Graham (R-S.C.). “What this is going to do is cause the election of a lot more Republicans…in November who are determined to come in and provide some checks and balances in Washington to stop the overreaching of the government,” hollered Lamar Alexander, (R-TN).

On Saturday, March 27, President Obama used “recess appointments” to fill 15 administration positions because he couldn’t get them past the Senate’s constitutional requirement to give the appointments its Advice and Consent. Obama said, “The United States Senate has the responsibility to approve or disapprove of my nominees.” On that point, the President is exactly correct. Here is the language from the Constitution under Article II, Section 2, Clause 2: