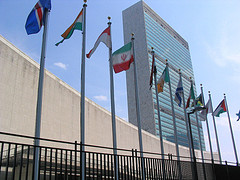 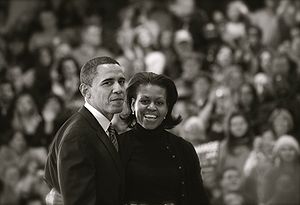 Klein takes his reader into a private, off-the-record dinner meeting at the White House early in the Obama administration, attended by nine liberal historians, each of whom supported the new President and were celebrating his victory. During that dinner the President spelled out his 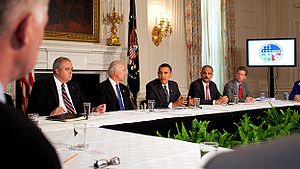 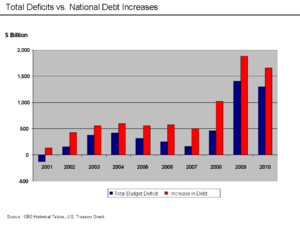 On April 3 the book White House Burning, authored by two hard-core Keynesian economists and internationalists, will be released, and the noisy propaganda surrounding its publication has already begun in earnest.

According to the book store Barnes and Noble, which is discounting the $26.95 hardcover book to $17.96, though the national debt amounts to $30,000 for every individual in the country, the solution is easy: Stop treating debt as a moral issue and raise taxes. Says B and N, the authors “account for the debasement of our political system in the 1980’s and 1990’s (read: Reaganomics and the Laffer Curve), which produced today’s dysfunctional and impotent Congress.” But if something isn’t done soon,

The national debt will harm ordinary Americans by reducing the number of jobs, lowering living standards, increasing inequality, and forcing a sudden and drastic reduction in the government services we now take for granted….

They debunk the myth that such crucial programs as Social Security and Medicare must be slashed to the bone. White House Burning looks squarely at the burgeoning national debt and proposes to defuse the threat to our well-being without forcing struggling middle-class families and the elderly into poverty.

The authors, Simon Johnson (formerly the chief economist for the International Monetary Fund and now a professor at MIT) and James Kwak (associate law professor at the University of Connecticut and a fellow at Harvard Law), have based their book on a set of statist foundational principles about the role of government in a free society: More is better.

They explained in their introduction that when Alexander Hamilton, as Treasury Secretary, urged Congress to declare war on Great Britain in 1812, he put the responsibility for paying for it onto a reluctant Congress. Congress refused to raise taxes and the Treasury had to go begging to a private individual, Philadelphia banker Stephen Girard, to loan the money to pay for the war. This set the stage for the end of Hamilton’s Federalists (according to the authors) and the rise of Jefferson and Madison’s Democratic-Republican party. The authors then drew the parallels to today’s “dysfunctional” government, which is engaged in the same discussion: how to pay for

Drop what you’re doing. I mean it. Stop whatever it is that you’re doing and go online to find out when the next showing of Moneyball is. Take a friend, go alone, doesn’t matter. Moneyball isn’t about baseball. No way. This is about taking a chance,  a risk, and putting it all on the line. This is what it feels like to try to (and succeed in) overthrowing the existing order of things. It’s about finding out not only

“Truth is stranger than fiction, but it is because fiction is obliged to stick to possibilities,” Mark Twain said. Obviously, when conspiracy and deception are involved, the truth can be particularly strange—and it can also be particularly hard to unearth and then make widely known. Such is the case regarding the conspiracy to assassinate President Abraham Lincoln.

Something is terribly wrong. The Dow has dropped below 4,000, gasoline (when available) costs $37.50 a gallon, the nation’s infrastructure is deteriorating, businessmen are wearing sandwich boards asking for work. Government’s response to the enervated economy is to impose even more regulations and forced wealth-redistribution on already-highly regulated business and industry. A gray palpable pall hangs over the land. Meanwhile, the nation’s most productive citizens begin to disappear voluntarily, one by one. But why? The question is answered by another question as mysterious as the disappearances themselves: “Who is John Galt?”

Robin Hood: The Movie, the Critics, and the Tea Party

Moviegoers worldwide have enthusiastically rewarded Robin Hood since its opening in May with gross ticket sales of more than a quarter of a billion dollars, and the film is well in the black for Universal Pictures and its producer Ridley Scott. Predictably, liberal reviewers have taken significant verbal umbrage at the underlying theme of the film: lower taxes and less government.