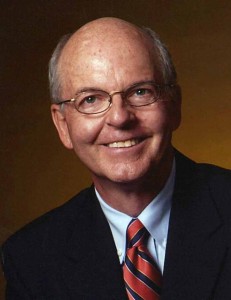 I’m pushing 75 but it isn’t pushing back, at least not yet. I’m still putting in 10 to 12 hour days, riding my bike between writing articles for The New American magazine and website and for The McAlvany Intelligence Advisor, and in general enjoying life.

I’ve been involved in the freedom fight ever since I was given Harry Elmer Barnes’ Perpetual War for Perpetual Peace back in 1965. It’s a piece of revisionist history that focused on FDR and Pearl Harbor and his machinations behind the scenes to get the US into the Second World War. It enraged me. I still remember reading a quote from Eleanor Roosevelt when she heard the news about the “surprise” attack: “They hit us harder than we expected.”

It took me months to recover from that revelation!  Over time, and after reading everything I could get my hands on, I got involved in the freedom fight. Specifically, I was asked if I wanted to join the John Birch Society but being a graduate of the eastern establishment liberal elitist Cornell University, I already had my mind made up about that!

But I did agree to just consider the society, do a little reading, see what I might find, that sort of thing. So I did. And what I found enraged me once again: I’d been lied to, again, only this time about the Society. It was nothing like what I thought it was. In fact, the one thing that pushed me over the edge was a book written primarily to discourage people like me from joining it! It was so filled with half-truths, falsehoods and outright lies that I decided they must be doing something right! So, in 1967 I joined and became a Bircher!

My mother was aghast, so I gave her something to read. That took care of that! She never joined, but I never heard her say anything negative about the society or my activities in it again.

I became a Chapter leader and then a Section leader overseeing, in our heyday, about seven local chapters. They asked me to help out with a JBS Summer Youth Camp, indoctrinating young people with all manner of conservative philosophy, love of country, understanding the Constitution, learning how free markets work, blowing the lid off Social Security, why the Second Amendment is in second place just behind the First, and all sorts of things that just drive liberals crazy.

The society asked if I’d like to go on a speaking tour, talking about the economy and Social Security, and I said yes. Life was hectic then. Mary, the pretty girl I found by accident at Cornell, and I now had four children and we were active in church affairs. Mary was directing the Sweet Adelines Chorus (at one point she even took them to Carnegie Hall—what a hoot that was!) and I was selling life insurance.

Although I didn’t know it at the time, Nixon’s taking the US off the gold standard in 1971 set in motion the destruction of the life insurance business as I had known it. I had qualified for the Million Dollar Round Table several times, but the cancer of inflation was eating away the purchasing power of those dollars promised for future delivery.

There was a “divine” moment of insight that occurred around 1974 or 1975. I was attending an insurance training school at the home office of my company and I had a chance to talk one-on-one with the president. I was just cocky enough at the time to ask him bluntly, how could his company sell dollars for future delivery when he knew they wouldn’t be worth as much as they were now? Why didn’t his company change his motto to something like: guaranteeing the future delivery of purchasing power? He got a little red and said—and I remember what he said exactly, as it changed my career path—“Maybe you should find another line of work!”

I started selling investments and got hooked up with a Wall Street firm selling tax-sheltered investments. By God’s grace I opened up an office in Aspen where the well-to-do lived (and still do). I didn’t work with them, but with the people who served them: their accountants, attorneys, contractors, etc. It was a blast. The deals were structured to take maximum advantage of the tax code which, at the time, gave great incentives to investors seeking to maintain or improve their purchasing power: investments in real estate, public storage properties, satellites, hotels, cable television, and on and on.

It all came crashing down thanks for a deal made by Ronald Reagan to take away the punch bowl in exchange for some of the things he wanted. It was called the Tax Reform Act of 1986. It ended multiple-write-off investments, and my career along with it.

I began to offer investment management services, vowing never to put any client into something I couldn’t get him out of with a phone call. I managed loaded, and then low-load, and finally no-load mutual funds, for a fee. I started doing a radio show on Saturday mornings called Bob Adelmann’s Money Talk. It was expensive and almost cost me the rest of my hair. The phone didn’t start to ring in the office until nearly six months on the air. But once the phone started ringing, it didn’t stop. In the next few years the business grew from zero to $15 million under management. At one point we had one of the highest risk-adjusted net rates of return of any manager in the country.

Along about 1994 I began to get antsy, looking for something else to do. At about the same time my son Russ came on stream and he started working with me. By 1996 I was out the door, and he’s been running the business ever since.

The last 20 years have flown by. I’ve had various business ventures, and misadventures, and sold one of them for a small profit. At about that time I got a call from the senior editor of The New American magazine (published by the John Birch Society) asking me if I’d like to write for them. I told Bill that I didn’t know anything about writing and he said, “Just find something that annoys you and write about that. If we like it, we’ll publish it.”

Then, as now, there were a lot of things going on to be annoyed about, and so I cranked up an article and sent it in (I don’t remember the topic or the title – sorry – but it was a pretty weak effort, I must say). I didn’t hear back from Bill or his editor for a couple of days and I was afraid that my writing career was stillborn.

I happened to check the website on the third day and, lo and behold, there was my article! They’d published it!

Incredibly that was more than 1,900 articles ago, and I’m still finding things that annoy me to write about every day.

And just to prove that God is in His Heaven, in Spring of 2013 I got a call from a gold coin salesman operating out of Durango, Colorado, wanting to know if I’d like to subscribe to his company’s newsletter. When I learned that it was the McAlvany Intelligence Advisor, I about fell over. I’d been receiving Don McAlvany’s newsletter for nearly 50 years! So I laughed and told this young man that I’ve known Don ever since he started the newsletter. He said that the editor was looking for writers to add content to their new website, and would I be interested in doing some writing for them?

How amazing is that? I called the editor, Robert (great name), who was very cool to me at the time. He said, “Give me your website address and I’ll look over some of your work, and if I’m interested I’ll call you back.”

Uh, huh. Right. Sure you will. Roger that.

Twenty minutes later Robert called me back and asked if I could do two articles a week for him? I said yes. Since then Robert has cranked me up to three a week! Isn’t that something?

So now I write between six and ten articles a week for “my editors”. And now something else is going on. I was invited to speak to the Denver Association of Petroleum Landmen last November along with several other speakers at their annual conference. My topic was “What’s Behind the Attack on Fracking?” It was a large audience—about 200 people or so—and I got some good feedback. A few days later I learned that the audience had rated me the top speaker of the conference!

Now other groups are wanting to hear my talk on fracking. I’ve got one scheduled for Midland, Texas in a few months, and another in the works for September in Nashville, Tennessee.  So, in the words of my father—my earthly father, not my Heavenly one—I’ll ride this horse until she bucks me!

And that’s sort of been my life: exposing deceit and riding each opportunity God gives me until another one comes along. I can’t wait to see what tomorrow brings. It’s in His hands, and I trust Him.