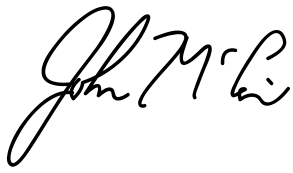 This article appeared online at TheNewAmerican.com on Wednesday, October 18, 2017:

For a moment there, it looked like the president was going to follow through on his promise to cut off the illegal and unconstitutional ObamaCare subsidies to health insurance companies providing coverage. But it turns out it was just a ploy, a negotiating strategy, to get liberal politicians from both parties to cobble together something in the middle. Said the president after his announcement, “If the Democrats were smart, what they’d do is come and negotiate something where people could really get the kind of health care they deserve.”

If the threat had been carried through, those subsidies, called “cost-sharing reduction payments,” which go to insurance companies to offset their costs of reducing out-of-pocket expenses such as deductibles and co-pays for low-income customers, would end. Under ObamaCare, however, those insurance companies would still be on the hook to provide coverage for those customers, forcing them to increase premiums. As the New York Times noted ruefully, “With their profits squeezed, they could abandon the marketplace” altogether.

The ploy worked and two liberal senators, one Democrat, Patty Murray, a liberal from Washington sporting a ghastly Freedom Index rating of just 11 out of 100, teamed up with another liberal — Republican Lamar Alexander from Tennessee with a Freedom Index rating of 51 out of 100 — and quilted together a deal to continue those subsidies while giving back a little in other areas.

It’ll get us over this intermediate bump [that I created deliberately] … a short-term solution so that we don’t have this very dangerous little period [where insurance companies would leave the marketplace and cause ObamaCare to crater]….

For a period of one year, two years, we will have a very good solution. But we’re going to have a great solution, ultimately, for health care.

Delighted also was Chuck Schumer (D–N.Y.), with a Freedom Index rating of 13, Trump’s so-called nemesis in the Senate, who stated:

I don’t expect the Republicans to give up their goal of repealing A.C.A. But in the meantime, stabilizing the system, preventing chaos and stopping the sabotage [threatened by Trump] is in everybody’s interest.

The usual collection of liberal Democrats and RINOs chortled gleefully that the plan would “save” ObamaCare in the short run, giving it another two years before “serious discussions” about its demise would take place. Senator Susan Collins (R-Maine), with a Freedom Index rating of a paltry 39 out of 100, joined the chorus, saying, “I’m very pleased that Lamar Alexander and Patty Murray continue to work so hard to try to stabilize the insurance markets.” Senator Tim Kaine (D-Va.), holding a positively treasonous Freedom Index rating of 4 out of 100, chimed in: “I’m very, very excited about this,” while Senator John McCain (R-Ariz.), who holds a Freedom Index rating of a hardly honorable 62 out of 100, jumped on board as well: “While this deal certainly doesn’t solve all the problems caused by ObamaCare, it shows that good faith, bipartisan negotiations can achieve consensus on lasting reform.”

President Trump backed off, a little, during his talk on Tuesday night at the Heritage Foundation: “While I commend the bipartisan work done by Senators Alexander and Murray — and I do commend it — I continue to believe that Congress must find a solution to the ObamaCare mess instead of providing bailouts to insurance companies.”

Trump is getting the hang of how things work in Washington: Draw a line in the sand and then cross it.

Some members of the House made it sound as if they aren’t interested in playing that game, however. Representative Mark Walker (R-N.C.) and chairman of the Republican Study Committee, with a FI rating of 67, said: “ObamaCare is in a death spiral. Anything propping it up is only saving what Republicans promised to dismantle,” while Representative Mark Meadows (R-N.C.), with a scarcely better FI of 72 and head of the “hard line” House Freedom Caucus, called the plan to save ObamaCare “a good start” but added that “much more work needs to be done.”

Unless and until enough politicians in Washington are replaced by statesmen who stand by their pre-election promises, ObamaCare won’t die suddenly of asphyxiation after all. Given another two years of oxygen raises the chances that it might just recover, cementing socialized medicine permanently into place.

Bailouts Constitution Democrat Freedom Health Care Heritage Foundation Insurance John McCain Liberal Obamacare Republican RINO Senate Subsidies unconstitutional
This entry was posted on Monday, September 7th, 2020 at 8:54 am and is filed under Constitution, Politics. You can follow any responses to this entry through the RSS 2.0 feed. Both comments and pings are currently closed.
Many of the articles on Light from the Right first appeared on either The New American or the McAlvany Intelligence Advisor.