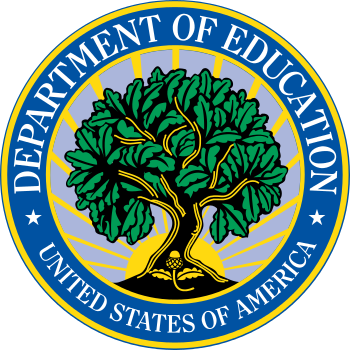 The Government Accountability Office (GAO) issued its report on student loan repayments on Tuesday, revealing that 114,000 Americans age 50 and over had their Social Security checks garnished (the GAO calls them “offsets”), including 38,000 over age 65. In total the government recovered $171 million from this group last year, putting many of them into poverty.

Under the law, students loans cannot be washed away in a bankruptcy, with rare exceptions. When a loan goes into default, the government has the power to reduce a person’s Social Security checks by up to 15 percent, or about $140 every month.

That’s enough of a reduction to push some Social Security beneficiaries below the official poverty level of $990 a month.

In other words, the promise of the student loan program — that workers with new degrees and better skills would help the economy by making them more productive, allowing them to obtain better paying jobs — is instead impoverishing an increasing number of those borrowers who bought the line.

The GAO reports that the student loan program has loaned $1.3 trillion to borrowers. Now, however, the Department of Education, which oversees the program, is caught trying to balance the needs of the borrowers increasingly defaulting and the taxpayers who are on the hook when they do.

Liberal politicians have gotten into the act, specifically Senators Claire McCaskill (D-Mo.) and Elizabeth Warren (D-Mass.). Upon reading the report, McCaskill stated, “The growth [in the number of seniors defaulting on student loan debt] is stunning. I believe this is the tip of the iceberg of what may be to come if we don’t work harder on the problem.”

Warren called the garnishments “predatory” and said that she would offer legislation next year to end them altogether.

These, it must be said, are the typical responses to problems created by the politicians themselves.

Of the $140 taken from their checks, 70 percent goes to fees and interest, with the remaining 30 percent being applied to the outstanding balance. This guarantees that many Boomers will die long before their student loans are paid off.

This is another example of the unintended consequences of a government program allegedly designed to help people but winding up hurting them instead — while also exceeding the bounds and limits set by the Constitution. Nowhere in that document is there mention of any powers given to the national government to offer student loans to young people seeking better opportunities.

Bankruptcy consequences Constitution Education growth Jobs legislation reality Social Security Student Loans taxpayer unintended
This entry was posted on Monday, September 7th, 2020 at 8:54 am and is filed under Economics, Politics. You can follow any responses to this entry through the RSS 2.0 feed. Both comments and pings are currently closed.
Many of the articles on Light from the Right first appeared on either The New American or the McAlvany Intelligence Advisor.