Is the 9th Circuit Court of Appeals Impervious to Change?

his article was published by The McAlvany Intelligence Advisor on Monday, April 2, 2018: 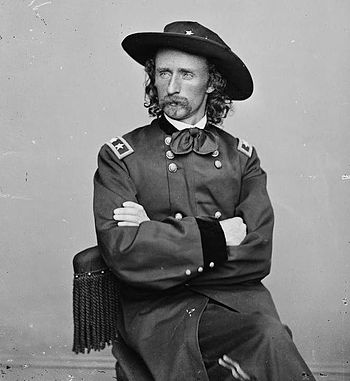 The president’s problem with the 9th Circuit – provably the most liberal court in the land with a nearly 80 percent reversal rate on rulings that are appealed to and considered by the Supreme Court – may be the same faced by George Armstrong Custer: there were just too many Indians! In Trump’s case, there may be too many liberals, both on the court and in the Senate for him to make any substantive change, no matter how desperate the need.

Custer didn’t recover, but, over time, the American Republic just might. With the death of the court’s most liberal judge, “liberal lion” Stephen Reinhardt, law professor Carl Tobias got excited:

It’s an incredible opportunity. There are 29 active judgeships on that court. [Trump] can fill ¼ of them. That to me could – depending on who they are, how quickly they [are confirmed by the Senate] … change the complexion of the court, and it could change [it] substantially.

Tobias’s problem is the same as Custer’s. First of all, the 9th Circuit is the largest in the country with 29 judgeships. Sixteen of them, thanks to Jimmy Carter and his fellow Democrat presidents, are liberals. Just six may be considered “conservative.” And there are seven vacancies.

Trump has already nominated two people, Mark Bennett and Ryan Bounds, to begin to fill them. But those nominations aren’t going anywhere, thanks (in Bounds’ case at least) to the “blue slip” tradition which gives the senators from the home state of each nominee the privilege of approving it, by passing to the chairman of the Judiciary Committee the “blue slip,” or withholding approval by not turning it in.

Here’s how Wikipedia explains it:

On September 7, 2017, President Trump nominated Bounds to serve as a United States Circuit Judge of the United States Court of Appeals for the Ninth Circuit, to the seat vacated by Judge Diarmuid O’Scannlain, who assumed senior status on December 31, 2016.

One week after Bounds was nominated, Oregon’s two [liberal Democrat] U.S. Senators, Ron Wyden and Jeff Merkley, announced they would not blue slip Bounds, saying they had not been adequately consulted on the nomination. The White House Counsel’s Office said that it had contacted both Senators on several occasions before nominating Bounds, but received very little feedback from either Senator.

On January 3, 2018, his nomination was returned to the president…. On January 5, 2018, President Donald Trump announced his intent to renominate Bounds [to the 9th Circuit].

And that’s where things stand with Bounds.

It’s no secret that President Trump and Republicans want to reshape the 9th Circuit and we will not accept any unwarranted, partisan attacks on our courts.

I am fully committed to ensuring that 9th Circuit nominees reflect our state’s communities and values….

What about the midterms? Isn’t there a great opportunity for Republicans to expand greatly their miniscule majority? Not according to RealClearPolitics. According to the latest polling by RCP, if the midterms were held today, in the next congress there would be 44 Democrat senators, 49 Republican senators, with seven seats rated as “toss-up.” Even if RCP’s polls prove correct in November, and if all “toss-ups” went Republican, there would still be stout resistance from Democrats to any attempt by the president to change the political climate at the 9th Circuit Court of Appeals. Republicans would still be short of the 60-vote supermajority needed to have their way.

In short, Trump’s problem is the same as Custer’s: too many liberals both on the 9th Court of Appeals and on the Democrat side of the Senate floor. For the foreseeable future, then, little is likely to change at the country’s largest appeals court.

Unless there’s another miracle. (See Sources below: “The Day Christians Changed America,” by George Barna)

TheRealWildWest.com: Why did Custer lose the Battle of the Little Bighorn?

YourErie.com: Liberal US judge who struck down ‘under God’ in pledge dies

Background on the liberal 9th Circuit

History behind the Blue Slip rule

attacks Conservative Donald Trump elections Jimmy Carter liberals politics Polls Republican Senate Supreme Court
This entry was posted on Monday, April 2nd, 2018 at 9:00 am and is filed under History, Politics. You can follow any responses to this entry through the RSS 2.0 feed. Both comments and pings are currently closed.
Many of the articles on Light from the Right first appeared on either The New American or the McAlvany Intelligence Advisor.