This article appeared online at TheNewAmerican.com on Monday, April 2, 2018: 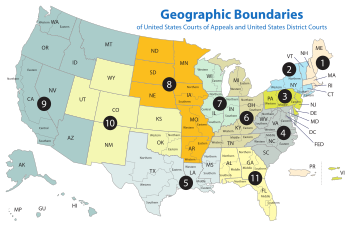 With the death last week of “liberal lion” Judge Stephen Reinhardt of the Ninth Circuit Court of Appeals, there are now seven vacancies on the 29-judge court  — a court so liberal that 80 percent of its decision are reversed when appealed to the Supreme Court. However, the unusual number of vacancies means one fourth of the composition of the Ninth Circuit could be Trump nominees, not enough to make it conservative but enough to move the court to the right.

After Reinhardt’s passing, Ninth Circuit Chief Judge Sidney Runyan Thomas offered his condolences: “All of us here at the Ninth Circuit are shocked and deeply saddened by Judge Reinhardt’s death. We have lost a great friend and colleague. As a judge, he was deeply principled, fiercely passionate about the law and fearless in his decisions. He will be remembered as one of the giants of the federal bench. He had a great life that ended much too soon.”

Reinhardt, nominated in 1979 by President Jimmy Carter, was a Yale law graduate who had been a liberal since his teens, and who maintained his liberal views the rest of his life. He served 37 years on the Ninth Circuit and became famous for his ultra-liberal opinions on immigration, same-sex marriage, physician-assisted suicide, the Second Amendment, the Pledge of Allegiance, and more.

On immigration, Reinhardt wrote an opinion calling the Trump administration’s order to deport an illegal alien who had been avoiding ICE for nearly 30 years “inhumane” and “contrary to the values of the country and its legal system.”

On same-sex marriage, Reinhardt wrote the majority opinion that held that California voters, in passing Proposition 8 making marriage in California between one man and one woman, violated the Equal Protection Clause in the 14th Amendment because, he said, those voters had no rational basis for withdrawing the right to marry from gays and lesbians.

On physician-assisted suicide, he voted for the majority in claiming that a California statute prohibiting doctors from prescribing life-ending medication for a terminally ill individual also violated the Equal Protection Clause. The Supreme Court reversed this decision in Washington v. Glucksberg in 1997.

Reinhardt viewed the Second Amendment as a collective right and not an individual right — an opinion that was also reversed by the Supreme Court in its landmark decision District of Columbia v. Heller in 2008.

On the Pledge of Allegiance, in 2002 Reinhardt joined with another Ninth Circuit judge in an “en banc” decision that the words “under God” were unconstitutional. That was also overturned.

According to University of Richmond law professor Carl Tobias, the seven vacancies now existing on the 29-judge court provides Trump with a perfect to change the culture of the Ninth Circuit. Tobias stated, “It’s an incredible opportunity. There are 29 active judgeships on that court. [Trump] can fill ¼ of them. That to me could — depending on who they are, how quickly they [are confirmed by the Senate] — change the complexion of the court, and it could change [it] substantially.”

However, even if the president were to have the Senate confirm his nominations for all seven vacancies, the overall composition of the court would still tilt to the left, but not as much as before. And one of the president’s nominees, Ryan Bounds, is now being held up by the “blue slip” rule. Under that tradition, either senator from the nominee’s home state can fail to return his “blue slip” (approval), which in the past has been enough to end the Senate’s consideration of the nominee.

California’s liberal senator Dianne Feinstein has already indicated that she will fight any attempt by the president to “change the culture” at the Ninth Circuit, asserting, “It’s no secret that President Trump and Republicans want to reshape the 9th Circuit and we will not accept any unwarranted, partisan attacks on our courts. I am fully committed to ensuring that 9th Circuit nominees reflect our state’s communities and values.”

The president is having better success elsewhere. Last year the Senate confirmed 12 of his nominees to lower courts, in addition to Justice Neil Gorsuch to the Supreme Court, and two more have been confirmed by the Senate so far this year.

According to the latest polling by RealClearPolitics, if the midterms were held today, there would be 44 Democrat senators, 49 Republican senators, with seven seats rated as “toss-up.” Even if those polls prove correct in November, and if all toss-ups went Republican, there would still be stout resistance from Democrats to any attempt by the president to change the political climate at the Ninth Circuit Court of Appeals. There are currently just too many liberals on the court, and in the Senate, to effect that sort of much-needed salutary change. But this does not mean that incremental steps — perhaps significant steps — away from the Ninth Circuit’s far-Left composition cannot be made.

attacks Conservative Constitution Democrat immigration Jimmy Carter liberals Second Amendment Senate Supreme Court War
This entry was posted on Monday, April 2nd, 2018 at 9:06 am and is filed under Constitution, Politics. You can follow any responses to this entry through the RSS 2.0 feed. Both comments and pings are currently closed.
Many of the articles on Light from the Right first appeared on either The New American or the McAlvany Intelligence Advisor.