Other Gun Makers Nervous Over Lawsuit Against Remington

This article appeared online at TheNewAmerican.com on Wednesday, March 28, 2018: 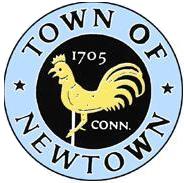 One of the many factors behind the decision by the board to seek bankruptcy protection for Remington Arms on Sunday was likely the pending lawsuit against the company stemming from the 2012 Sandy Hook massacre.

The 40-page lawsuit, filed two years after the horrific murder of 20 children in Newtown, Connecticut, names as defendants not only Remington Arms (the maker of the Bushmaster semi-automatic rifle that Adam Lanza used on December 14, 2012 to commit those murders) but the entire supply chain. The suit named Camfour, the distributor; and Riverview Sales, the retail gun store where Adam’s mother, Nancy Lanza, purchased the weapon.

The lawsuit begins by claiming that “the AR-15 was designed as a military weapon … [and] has little utility for legitimate civilian purposes.” But it then claimed that those in that supply chain knew, or should have known, that the weapon Lanza used would likely have been used in such a way, and that they therefore were criminally liable as a result of their negligence: “Defendants know that, as a result of selling AR-15s to the civilian market, individuals unfit to operate these weapons gain access to them.”

The language is carefully crafted to allow the claim to proceed by using an exception in the federal law that prevents such lawsuits from being brought against gun makers. The law — the Protection of Lawful Commerce in Arms Act, or PLCAA, passed in 2005 — “prohibits civil liability actions from being brought … against manufacturers, distributors, dealers, or importers of firearms … for damages, injunctive or other relief resulting from the misuse of their products by others.” Among its exceptions is the one the lawsuit, brought by families affected by the massacre, is pointed at: “negligent entrustment.”

An easy analogy is provided by the 1915 Mississippi case of Winn v. Haliday, where a father was deemed negligent in entrusting the family car to his son whom he knew to be given to “joy-riding.” The court’s definition has served to define the concept ever since:

A plaintiff who invokes that doctrine must present evidence which creates a factual issue whether the owner knew, or had reasonable cause to know, that he was entrusting his car to an unfit driver likely to cause injury to others. Furthermore, in order to impose liability upon the owner, the plaintiff must prove that the negligent entrustment of the motor vehicle to [his son] was a proximate cause of the accident.

Updating the language to reflect the present lawsuit against Remington and the rest of the supply chain, this would read: “Family members of those lost in the Sandy Hook Massacre must present evidence in court that creates a factual issue whether the supply chain that ultimately supplied the Bushmaster AR-15 to Nancy Lanza knew, or had reasonable cause to know, that they were entrusting the firearm to an unfit purchaser likely to cause injury to others. Furthermore, in order to impose liability upon all those in said supply chain, those family members must prove that the negligent entrustment of the firearm to the firearm’s ultimate purchaser, Nancy Lanza, was a proximate cause of the massacre.”

One can immediately see why renowned New York attorney Robert Fellows, a decades-long successful litigator for the law firm Fellows Hymowitz, would say this is going to be a challenge for the family: “If you can prove that a manufacturer knew in some way that the gun [used by Adam Lanza] would end up in the hands of a proscribed purchaser — someone who shouldn’t have the gun — you might be able to show liability. But it is going to be very difficult.”

The problem with this line of argument is that it would appear to be next to impossible to prove that either Bushmaster or any of the other defendants would even have had any knowledge of either Adam Lanza or his mother, and certainly would not have had any reasonable way of knowing that Mrs. Lanza would either (1) lie and serve as a straw purchaser on behalf of her son since he was not old enough to buy the weapon under Connecticut law or (2) fail to secure the weapon sufficiently such that Adam would be able to gain access to it easily.

A lower Connecticut court threw out the case for precisely that reason: The exception doesn’t apply and so the family cannot make a successful claim against Remington or the supply chain. As Superior Court Judge Barbara Bellis wrote in October 2016, the lawsuit “falls squarely within the broad immunity” of the PLCAA.

What makes gun manufacturers nervous is that the families appealed their case to the state’s Supreme Court, which could reverse the lower court’s ruling despite the difficulty of proving “negligent entrustment” in their case. What also makes them nervous is that the families are seeking not only financial recompense but also “injunctive relief.” Given the opportunity, the state’s high court not only might rule against logic and precedent and declare Remington and its supply chain guilty after all, but it could also issue an injunction that any gun manufacturer making AR-15s available to the general public be prohibited from doing so. It could be even worse: The Connecticut high court could also attempt to prohibit any gun manufacturer in the country from making, possessing, or selling such firearms.

It also makes them nervous to learn who is representing the families — Koskoff, Koskoff & Bieder — which brags on its website that “Th[is] nationally known law firm has achieved record verdicts for people who suffer serious personal injuries or economic harm from medical malpractice, violation of their civil or constitutional rights, dangerous products, negligence, drunk drivers, corporate or governmental abuse and commercial misconduct.”

That the case continues to be pursued in spite of strong arguments against the claims of the families is more proof that anti-gunners, unable to accomplish gun confiscation through legislation, are trying to achieve the same end through litigation.

Constitution firearms lawsuit legislation media Newtown rights Supreme Court weapons
This entry was posted on Thursday, March 29th, 2018 at 4:38 am and is filed under Politics, Second Amendment. You can follow any responses to this entry through the RSS 2.0 feed. Both comments and pings are currently closed.
Many of the articles on Light from the Right first appeared on either The New American or the McAlvany Intelligence Advisor.