This article was published by The McAlvany Intelligence Advisor on Monday, March 26, 2018: 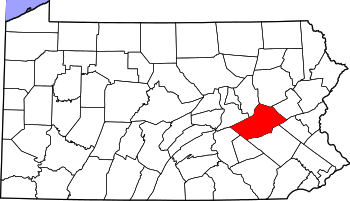 It’s no wonder they laughed. When testifying before the Pennsylvania House Education Committee, Blue Mountain School District superintendent Dr. David Helsel told about a plan he installed two years ago to defend his students against an armed shooter intent on shooting them:

Every classroom has been equipped with a five-gallon bucket of river stone. If an armed intruder attempts to gain entrance into any of our classrooms, they will face a classroom full of students armed with rocks and [he] will be stoned.

At one time I just had the idea of river stone: they’re the right size for hands, you can throw them very hard, and they will create or cause pain, which can distract.

He failed to mention that “very hard” meant hurling a 3- to 4-inch diameter stone at speeds up to 60 mph compared to a round exiting the barrel of a Glock handgun (the firearm of choice among most mass shooters) at 900 feet per second.

But that’s what happens when common sense options aren’t allowed. What’s left are options that appear laughable. One of the legislators asked Helsel, “Can I come out and watch?” which was greeted with laughter from others on the committee.

But Helsel is serious:

Every door [to a classroom] has a device installed that secures the door shut. It makes it darn near impossible to gain access. Our staff is then trained to barricade the door.

Unfortunately for the 2,700 students in the county (located about 90 miles northwest of Philadelphia) in its three elementary schools, one middle school and one high school, there is only one person allowed on those campuses who has a sidearm: he’s a janitor who has also been trained in skill at arms. So, in the event of a shooter on campus, those teachers and students are on their own.

Not everyone was laughing. Two MSM papers took the testimony from Helsel seriously and sent reporters to cover the story. Kristen De Groot, an investigator with the Chicago Tribune, interviewed some of the students about the strategy, one of whom said that heaving stones were likely to be a better strategy than throwing pencils, scissors, books, or laptops at the attacker.

When Eli Rosenberg of the Washington Post asked Helsel about the plan, he admitted: “Obviously a rock against a gun isn’t a fair fight, but it’s better than nothing. I’m not sure why some people feel that it’s more appropriate to be a stationary target under a desk in a classroom rather than be empowered to defend yourself and provide a response to deter the entry of an armed intruder into their classroom.”

Others considered the “go bucket” plan laughable, including the father of one of the students attending classes there: “Welcome to Schuylkill County, where the people are dumb but the rocks are plentiful … when [my daughter] Riley told us about the rocks, we thought she was kidding.”

Some have considered such solutions a form a mental illness: a denial of reality about shooters versus unarmed victims. But Helsel isn’t crazy. He’s just been limited by the same legislature to using rocks because firearms aren’t allowed on public school grounds. Perhaps the “mental illness” appellation should be applied to those members of the Pennsylvania legislature who have voted to make the state’s public schools “safe shooter zones,” leaving superintendents like Mr. Helsel with precious few effective options.

The good news is that, thanks to those “go buckets,” there hasn’t been a single incident of a shooter venturing onto any of those campuses since the plan was installed two years ago. So it must be working.

The Washington Post: This school district’s plan to stop shooters: Arming students with a bucket of rocks

BuzzFeed.com: This School Has Been Arming Classrooms With 5-Gallon Buckets Of Rocks In The Event Of A School Shooting

WNEP.com: Superintendent Says Students Are Armed with Rocks In Case of a School Shooting

HOT ZONES: WHERE A PENNSYLVANIA LAGO CAN AND CANNOT CARRY A FIREARM

classrooms common sense Education firearms reality shooter teachers
This entry was posted on Tuesday, March 27th, 2018 at 5:48 am and is filed under Crime, Politics. You can follow any responses to this entry through the RSS 2.0 feed. Both comments and pings are currently closed.
Many of the articles on Light from the Right first appeared on either The New American or the McAlvany Intelligence Advisor.