Is the Federal Reserve Working Against Trump’s Reelection in 2020?

This article was published by The McAlvany Intelligence Advisor on Friday, March 23, 2018: 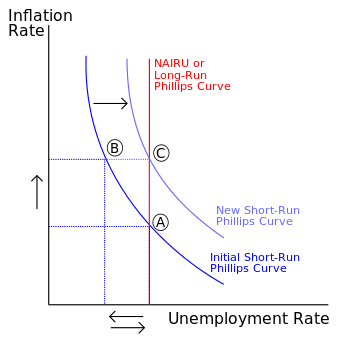 In politics, according to FDR, there are no coincidences. He famously said that “in politics if something happens you can be sure it was planned that way.” The announcement by Trump that he has filed for reelection in 2020 and the pronouncement by the Federal Reserve following it may just be one of those “planned” coincidences.

The pronouncement from Jerome Powell, the new head of the Fed, was, on the surface, comforting:

But the Open Market Committee unanimously decided to raise interests for the sixth time since 2015 anyway. It’s the Phillips Curve that is guiding these “experts” into the move, along with another seven rate hikes between now and 2020. That will be almost certain to send the country’s economy into recession just in time for Trump’s reelection campaign to begin. Presidents historically have a problem getting reelected if they can be blamed for the recession the voters are experiencing.

The Phillips Curve claims that there is an inverse relationship between unemployment rates and wages: the lower unemployment the higher are the wages demanded. And, according to the sages on the OMC, that portends “inflation” that must be snuffed out, in advance if possible.

This writer has decried the so-called linkage between wage increases and price increases. Inflation is the result of an increase in the supply of money, not in any increase in wages demanded by employees and paid by employers. And Mr. Powell certainly knows that the Fed has been shrinking the money supply since August 2014, not increasing it.

This leads one to conclude that he is putting in plans now to force the economy about which he celebrated in his message into a recession just in time for Mr. Trump’s redux.

Powell dresses up his efforts as trying to find the so-called “middle ground”: between waiting too long and not starting soon enough:

The Fed funds rate is the interest rate banks charge each other for overnight loans. With the new hike in place that rate will be between 1.5 percent and 1.75 percent. But the next seven hikes scheduled by the Fed between now and 2020 will bring that rate to 3.5 percent, more than enough to slow bank lending, take the shine off the stock market in favor of bonds, and tip the economy into recession.

The Phillips Curve has been widely dismissed as irrelevant and useless as a planning tool, especially in the long run. In a placid economy (i.e., without Fed interventions), wages will rise when the supply of labor drops. That has nothing to do whatsoever with the general price level. Evidence for a strong U.S. economy is reflected in the number of new jobs created over the past few years and the consequent and predictable drop in the unemployment rate.

So why would he and the worthies populating the FOMC decide that now is the time to start raising interest rates?

Powell is no economist, but he has all of the establishment credentials to place him squarely in the middle of the Swamp: a BA from Princeton, a JD from Georgetown, stints with Dillon, Read & Co., undersecretary of the Treasury under George H.W. Bush, a visiting scholar at the establishment’s Bipartisan Policy Center, and a nomination to the Federal Reserve Board by Obama.

Why should anyone be surprised? Every other establishment agency connected with the Swamp is anti-Trump. What not the Fed?

What is the Phillips Curve?

St. Louis Fed: adjusted monetary base from 1984 to present

What is the Federal Funds rate?

banks confidence Economy Establishment Federal Reserve Inflation Interest Rates Jobs Money Supply Recession Stock Market Unemployment
This entry was posted on Friday, March 23rd, 2018 at 9:03 am and is filed under Federal Reserve, Politics. You can follow any responses to this entry through the RSS 2.0 feed. Both comments and pings are currently closed.
Many of the articles on Light from the Right first appeared on either The New American or the McAlvany Intelligence Advisor.