This article appeared online at TheNewAmerican.com on Tuesday, March 20, 2018: 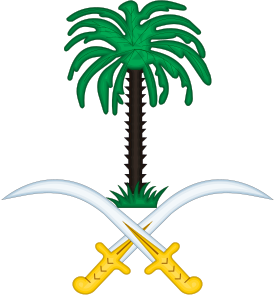 The chairman of Aramco, Saudi Arabia’s privately held oil producer, told avid listeners in Davos, Switzerland, in January that “we hope that 2018 will be the right time [to list shares of the company for sale], but ultimately we have to make sure the market is ready.”

There is increasing evidence that the market might never be ready.

When Saudi Arabia’s Crown Prince Mohammed bin Salman announced his plans in January 2016 for moving his country’s economy away from its dependence on oil (called Vision 2030), he guessed he could raise $100 billion from the sale of part of Aramco to help with the transition. He also felt that the sale of just five percent of the company would do the job nicely. In addition he thought that those shares might be offered as soon as 2017.

The year 2017 came and went, and Saudi Arabia’s oil minister Khalid Al-Falih said last week that the new deadline for the listing — in late 2018 — was now “artificial,” adding that the next target date is April 2019.

There are so many challenges facing the elites in Saudi Arabia that the deal might never take place. Investment bankers who have invested millions of dollars and thousands of man-hours in preparing for the listing are now publicly expressing frustration that they might never see a dime for all their hard work.

First is the value of the company itself. The prince thinks it’s worth $2 trillion, based on current valuations of the 260 billion barrels of proven reserves on which it is sitting. But that number is highly questionable for a lot of reasons. The current global price of oil, trading in the mid-60s, is increasingly under pressure by American frackers. The United States is weaning itself off imports from Saudi Arabia, dropping to just 563,000 barrels a day in October, the smallest amount since June 1986. That’s down by 75 percent from the 2.24 million barrels per day the United States was importing from them as recently as 2003. Instead of America needing Saudi Arabian oil as it did in the mid-1970s, now Saudi Arabia needs America.

And the price of oil is presently being sustained by a production cut agreed to by members of the OPEC oil cartel, which has temporarily taken large quantities of oil off the market. That agreement expires at the end of the year, and unless it is extended once again, those cartel members will likely be only too happy to ramp up their production, putting additional downward pressure on the global price of oil.

There’s also the problem of where to list those shares, if it ever happens. The New York Stock Exchange (NYSE) is far and away the largest of any exchange in the world and the one that President Trump has said he favors for the listing. But one remembers that 15 of the 19 terrorists who attacked the World Trade Center in 2001 were from Saudi Arabia. And survivors of that horrific attack have long memories and would relish the opportunity to sue the company for damages if it is listed on the NYSE. The company would also be subject to lawsuits by disgruntled investors if the company fails to perform as advertised.

Those investor fears are real, as Aramco executives just learned during their road show to America last month. At meetings in New York, Houston, and Washington, Saudi officials were confronted with three key questions: 1) Is the company really worth $2 trillion?; 2) what would be the dividend payout to motivate those investors to move their money to the position of minority shareholders in a company known to be opaque about its operations?; and 3) what impact will American frackers and the ending of the OPEC cartel’s oil production cut agreement have on the price of oil over the next months and years?

In order to be competitive, the dividend payout would at the very least have to equal the dividend payouts currently available from public companies such as ExxonMobil (four percent) and Royal Dutch Shell (six percent). The only way for that to happen would be for Aramco to consider itself worth far less than the $2 trillion the prince claims. But that would crimp his plans to raise the $100 billion to invest in his Vision 2030.

That Vision is going to take every penny of the $100 billion the prince wants to raise. At present nearly half of Saudi Arabia’s economy is based on oil. To make the transition to other revenue streams, Vision 2030 includes building high-end resorts, sports arenas, and building out infrastructure that private capital would need before considering making a move there. There are currently 80 major projects on the Vision 2030 drawing board, hoping, waiting, for the payday that will allow them to begin.

The prince himself is making a personal effort to enlist support for his plan. On Tuesday he is meeting with President Trump allegedly to speak about trade and security issues. But one may rest assured that the topic of listing his company on the NYSE will come up. Although the president has no power to make such a decision, he certainly has influence, and his record as a “deal maker” certainly hasn’t gone unnoticed by the prince.

Other exchanges vying for the listing include Hong Kong, which, with its enforced ties to China, could help provide the cash the prince needs to fund his vision. Or Saudi Arabia could go it alone, listing its precious previously privately held oil producer on its own stock exchange, the tiny Tadawul exchange. If that is where the sale winds up, it would, according to al-Falih, be “catalytic for that capital market.” It could also be catastrophic because it is so small and its internal controls and technology would likely be greatly strained to handle the trading.

Observers will be watching Tuesday’s conversation between Saudi Arabia’s crown prince and the president for any signs that the listing might be offered by the NYSE, despite the legal ramifications and risks. On the other hand, the deal has been delayed before and, lacking such an agreement, might not ever take place anywhere. Thanks to the fracking revolution taking place in America, the crude oil shoe is on the other foot, and time is running out for the crown prince of Saudi Arabia.

attack bankers Cartel Economy Fracking oil OPEC Technology terrorists trading
This entry was posted on Thursday, March 22nd, 2018 at 4:29 am and is filed under Energy, Free Market. You can follow any responses to this entry through the RSS 2.0 feed. Both comments and pings are currently closed.
Many of the articles on Light from the Right first appeared on either The New American or the McAlvany Intelligence Advisor.