This article appeared online at TheNewAmerican.com on Wednesday, March 21, 2018: 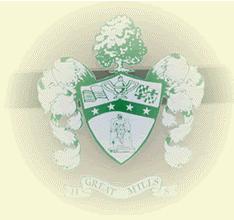 Just hours after the shooting at Great Mills High School in Maryland that ended without significant blood being shed by innocents thanks to an armed school resource officer (SRO), Gadsen1805 commented regarding an AP story about the incident: “Good guy with a gun puts an end to a planned mass shooting … let’s see how much press this gets.”

A better question Gadsen1805 might have asked is “How is the mainstream media going to twist this to fit their anti-gun agenda?”

The shooting took place at7:55 a.m. Tuesday on the campus of Great Mills High School, located about 60 miles southeast of Washington, with about 1,600 students. The shooter, 17-year-old Austin Wyatt Rollins, pulled out a Glock semi-automatic handgun just as classes were getting started and fired a round at his former girlfriend, 16-year-old Jaelynn Willey.

Hearing the shot, the school’s SRO, Blaine Gaskill, ran toward the sound and confronted Rollins, who had just shot another student. When Gaskill confronted Collins, he shouted, “Put the gun down! We know you don’t want to hurt anyone!” Video of the confrontation is likely to show what happened next: Collins turned towards Gaskill in a threatening manner and Gaskill responded in self-defense, shooting and killing Collins.

When the shooting took place, our school resource officer [Gaskill], who was stationed inside the school, was alerted to the event and the shots being fired. He pursued the shooter [Collins] and engaged [him], during which … engagement he [Gaskill] fired a round at the shooter….

He responded exactly as we train our personnel to respond.

Video of the incident will likely reveal that that single round was all that was needed to end the incident. Aftermath: One shooter dead, two people injured. No mass shooting. No grist for the anti-gun media.

The bias in the mainstream’s coverage was apparent. There was no mention in CNN’s coverage of a “good guy with a gun” stopping a potential rampage. Instead it reported that the school’s resource officer “engaged [Collins] and stopped the threat” but without saying precisely how. Only later down in the article did CNN reveal that “Gaskill fired a round at the shooter,” leaving the reader to conclude that he must have been armed.

The Washington Post assigned seven journalists — seven! — to cover the incident, which they did in four pages without mentioning a “good guy with a gun” a single time. It mildly praised the SRO “with possibly saving lives by quickly engaging the shooter.” The reporters said nothing about the school no longer being a “shooter safe zone” as the SRO was legally carrying a firearm and trained for just such an incident. The journalists did remind its readers  that, despite the incident ending without loss of innocent life due to the presence of an armed and trained defender, “the shooting comes days before thousands are expected in Washington for Saturday’s March for Our Lives rally, a march against gun violence and school shootings.”

And then, incredibly, with evidence before their very eyes, the seven Washington Post journalists ended the article: “What’s next, world? What do we need to do so our kids can be safe and go to school? How many more kids have to die?”

Perhaps these worthies need to cover other potential mass shootings prevented by the presence of a trained and armed officer before they overcome their anti-gun bias and recognize that a large part of the answer to the questions they rhetorically raised is armed resistance to shooters such as Collins.

They will eventually learn several things that contrast with the heavily-covered shooting in Parkland, Florida, on Valentine’s Day that claimed 17 lives. The SRO at Great Mills High School rushed toward the sound of gunfire rather than hiding outside the building. They will learn that the near-instantaneous death of the shooter might raise the existential question in the mind of someone with similar designs in mind. They will learn that enhanced background checks would have done nothing to keep Collins from owning that Glock.

Until then, however, those Washington Post journalists will likely fail to observe the evidence of what is needed because their anti-gun bias will keep them from seeing it.

confrontation defense innocents Mainstream Media Media Bias press shooter threat violence
This entry was posted on Thursday, March 22nd, 2018 at 4:26 am and is filed under Crime, Politics. You can follow any responses to this entry through the RSS 2.0 feed. Both comments and pings are currently closed.
Many of the articles on Light from the Right first appeared on either The New American or the McAlvany Intelligence Advisor.