Hey, Prince! How Does it Feel to Have the Crude Oil Shoe on the Other Foot?

This article was published by The McAlvany Intelligence Advisor on Wednesday, March 21, 2018: 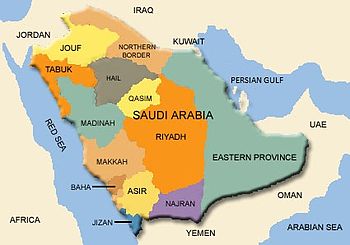 Saudi Arabia’s Crown Prince Mohammed bin Salman is about to enjoy learning what the Old Testament teaches about the sins of his father:

The Lord is slow to anger and abounding in steadfast love, forgiving iniquity and transgression, but he will by no means clear the guilty, visiting the iniquity of the fathers on the children, to the third and the fourth generation.

In the 1970s, many of us still remember the pain and suffering that Saudi Arabia’s kings inflicted on the United States and its citizenry in retaliation for U.S. support of Israel: long lines at gas stations, alternate days to fill up, double nickel highway speeds, daylight “savings” time, and other punishments.

The prince, born in 1985, won’t remember those days, but his father, King Salman bin Abdulaziz Al Saud, most certainly does. And during his two-week sales tour of the United States, the prince is going to learn about justice delayed. He now needs the help of the United States to keep his sand castle from falling into the sea or disappearing into the Arabian desert.

Specifically, the prince has a dream – Vision 2030 – but he needs American money to make it come true. He has the sense to know that his kingdom’s days of ruling the world’s crude oil markets are nearly over, and, through his vision, is desperate to shift his country’s economy away from oil dependency towards other economic activities. On his drawing board are 80 major projects ranging from sports arenas and concert halls to fancy five-star hotels built on the sea. Also included are plans to build out the infrastructure 21st-century companies will demand before considering moving their headquarters there.

The prince estimates it will take $100 billion dollars just to begin the process, and he also thinks he has just the way to raise the money: sell off a small part of his daddy’s oil company (Aramco) to American capitalists. That will require some degree of transparency about that company – just how profitable it really is, the real extent of those mysterious “proven” reserves that he says exceed 250 billion barrels – but that’s a small price to pay to keep his kingdom above ground.

It’s going to be tricky. Last month, several Aramco officials visited oil company executives and investment people in New York, Houston, and Washington, DC, where they learned the hard reality. Those American oil people wanted to know the answers to at least three questions: 1) Why do you think Aramco is worth $2 trillion? 2) How much of a dividend will you pay us to entice us to part with our precious capital to invest in your company, which, up until now, has been almost totally opaque in its operations? And 3) How will our investment in your oil company fare over the next few years with the American frackers continuing to eat your lunch and take away market share from you? Those Americans also likely asked about how oil prices would fare if the OPEC production cut agreement isn’t extended at the end of the year. And how would they fare in the long term faced with the electric vehicle revolution taking place all over the world?

The prince announced his Vision 2030 in January 2016, and said he expected to fund it through the sale of some of Aramco some time in 2017. 2017 came and went, and the new date for the IPO was announced to be set for late 2018. But Saudi Arabia’s oil minister Khalid Al-Falih just announced another delay: the IPO has been pushed back to April 2019.

The only place where this offering could take place is through the NYSE. The other bourses are far too small to be able to handle the trading of such a large offering. But there’s a little problem with the NYSE: it’s called 9/11. Survivors of that terrorist attack have long memories, long enough to remember that 15 of the 19 terrorists who murdered in cold blood some 3,000 American citizens came from Saudi Arabia. They might not remember the long gas lines from the 1970s, but they certainly remember the funerals of 2001. And the potential litigation brought by the families of those victims if the Aramco IPO is listed on the NYSE is staggering to consider.

On Tuesday, the prince visited the White House to speak with the president, who has expressed his support for the NYSE as the place to hold the auction. Although Trump doesn’t have the power to make such a decision, he has influence there. Wednesday’s papers will no doubt let the American people know if they “made a deal” or not.

However, earlier this month the prince’s oil minister al-Falih told CNN that “the only thing we know today is that the Tadawul [Saudi Arabia’s infant stock exchange] will be the key listing location.” He added, “An Aramco listing on the Tadawul will be catalytic for that capital market.”

The prince is now enjoying the promise of that verse from Numbers in the Old Testament.

The Wall Street Journal: Aramco IPO Stalled by Indecision Over Where to List

WorldOil.com: Aramco said to get cool response on IPO from U.S. investors

attacks Energy justice oil Oil Prices OPEC reality terrorist terrorists Wall Street
This entry was posted on Wednesday, March 21st, 2018 at 9:43 am and is filed under Energy, Free Market. You can follow any responses to this entry through the RSS 2.0 feed. Both comments and pings are currently closed.
Many of the articles on Light from the Right first appeared on either The New American or the McAlvany Intelligence Advisor.