Why Andrew McCabe Was Fired

This article appeared online at TheNewAmerican.com on Saturday, March 17, 2018: 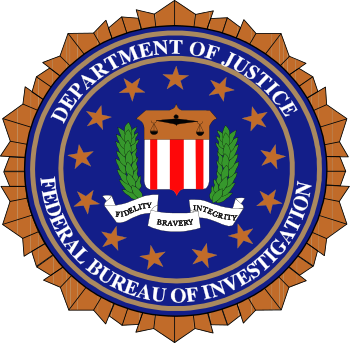 Attorney General Jeff Sessions formally fired former Deputy Director of the Federal FBI Andrew McCabe late on Friday, using formal language that explained the reasoning why: McCabe “had made an unauthorized disclosure to the news media and lacked candor — including under oath — on multiple occasions.”

Witnesses under oath swear “to tell the truth, the whole truth, and nothing but the truth.” Obviously, lacking candor does not meet this standard. Session did not call McCabe a “liar” or “perjurer” in his statement, but the implication was there.

After an extensive and fair investigation and according to Department of Justice procedure, the Department’s Office of the Inspector General (OIG) provided its report on allegations of misconduct by Andrew McCabe to the FBI’s Office of Professional Responsibility (OPR).

The FBI’s OPR then reviewed the report and underlying documents and issued a disciplinary proposal recommending the dismissal of Mr. McCabe. Both the OIG and FBI OPR reports concluded that Mr. McCabe had made an unauthorized disclosure to the news media and lacked candor — including under oath — on multiple occasions.

The FBI expects every employee to adhere to the highest standards of honesty, integrity, and accountability. As the OPR proposal stated, “all FBI employees know that lacking candor under oath results in dismissal and that our integrity is our brand.”

Pursuant to Department Order 1202, and based on the report of the Inspector General, the findings of the FBI Office of Professional Responsibility, and the recommendation of the Department’s senior career official, I have terminated the employment of Andrew McCabe effective immediately.

Translation: Those various investigations into McCabe’s actions and statements that have been ongoing for months finally concluded that he lied. That was why he was fired.

President Trump, who had been complaining about McCabe for months, celebrated in a tweet:

Andrew McCabe FIRED, a great day for the hard working men and women of the FBI – A great day for Democracy. Sanctimonious James Comey was his boss and made McCabe look like a choirboy. He knew all about the lies and corruption going on at the highest levels of the FBI!

White House press secretary Sarah Huckabee Sanders said on Thursday that the end was near for McCabe, and why: “We do think that it is well documented that he has had some very troubling behavior and has been a bad actor.”

The details are complicated and cover his career with the FBI that began in 1996. But several major events foreshadowed his departure. There was the Nunes memo, which asserted that McCabe “testified before the [House Intelligence] Committee … that no surveillance warrant [for Trump adviser Carter Page] would have been sought from the FISC [Foreign Intelligence Surveillance Court, or FISA Court] without the Steele dossier.” Yet McCabe knew the Steele dossier was full of lies but used it nevertheless as justification to spy on one of Trump’s campaign people. As Tucker Carlson explained:

The Steele dossier is absurd. The closer you read it, the more absurd it is. Take 10 minutes to do so yourself. It’s online. And as you read it, ask yourself: who would believe something like this?…

And yet, keep in mind and never forget, this is the document the FBI [and McCabe] used to justify spying on American citizens.

McCabe had other issues, to be sure. There was the apparent conflict of interest that showed up when it was learned that his wife was running for office in Virginia, a campaign partly and substantially being funded by a friend of Hillary Clinton. McCabe was involved in investigating Clinton’s emails on her private server and failed to recuse himself. McCabe said he operated within the FBI’s rules but some accused him of violating the Hatch Act (a federal employee in the executive branch cannot involve himself in political activity). As Donald Trump tweeted in December: “How can FBI Deputy Director Andrew McCabe, the man in charge … of the phone Hillary Clinton investigation (including her 33,000 illegally deleted emails) be given $700,000 for wife’s campaign by Clinton Puppets during investigation?”

The Justice Department’s Inspector General Michael Horowitz is reported to have said that McCabe deliberately misled investigators about his role in allowing FBI officials to speak to reporters at the Wall Street Journal about an ongoing investigation into the Clinton Foundation’s pay-to-play schemes.

There’s an old saying: Where’s there’s smoke there’s fire. In McCabe’s case there was just simply too much smoke for there not to be a fire. Accordingly, as time was running out (McCabe turns 50 on Sunday and was looking forward to retiring from the FBI on that day with full benefits), Sessions pulled his plug.

Corruption Department of Justice Donald Trump FBI Hillary Clinton integrity justice liar schemes secret surveillance truth
This entry was posted on Sunday, March 18th, 2018 at 4:54 am and is filed under Crime, Politics. You can follow any responses to this entry through the RSS 2.0 feed. Both comments and pings are currently closed.
Many of the articles on Light from the Right first appeared on either The New American or the McAlvany Intelligence Advisor.