This article appeared online at TheNewAmerican.com on Monday, March 12, 2018: 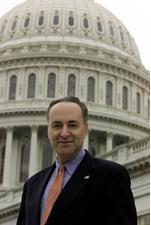 So much softer were the president’s gun proposals released Sunday night than were expected that liberals started howling immediately. They were expecting President Trump to push for a raise in the age to purchase rifles, possibly a ban on so-called assault rifles, support for universal background checks, and the NICS “fix” promoted by Senators John Cornyn (R-Texas) and Chris Murphy (D-Conn.). Instead they got this tweet from the president: “Very strong improvement and strengthening of background checks will be fully backed by White House. Legislation moving forward. Bump Stocks will soon be out. Highly trained teachers will be allowed to conceal carry, subject to State Law. Armed guards OK, deterrent!”

Sorting it out, the president’s “gun plan” consists of assisting the states in providing training for school staff in the defensive use of firearms, $50 million a year in federal grants under his proposed STOP School Violence Act, pushing for a NICS “fix” that has gotten bogged down in Congress, approving the banning of so-called bump stocks that the Department of Justice had already announced, improvements to the FBI “tip line” following the apparent failure of that service to warn of the possible threat from the Florida shooter, and a commission to come up with additional suggestions over the next 12 months. In addition the president lent support for “red flag” laws by the states.

Anti-gun Senator Chuck Schumer (D-N.Y.) was outraged that the president had walked back some of his earlier promises: “The White House has taken tiny baby steps designed not to upset the NRA, when the gun violence epidemic in this country demands that giant steps be taken. Democrats in the Senate will push to go further, including passing universal background checks, actual federal legislation on protection orders [“red flag” laws], and a debate on banning assault weapons.”

Anti-gun Senator Bob Casey (D-Pa.) said Trump’s plan is “weak on security and an insult to the victims of gun violence. When it comes to keeping our families safe, it’s clear that President Trump and congressional Republicans are all talk and no action.” Kirk Brown, co-president of the Brady Campaign, weighed in as well: “President Trump has offered only drips [sic] of water in response to a five-alarm fire.”

Missing from Trump’s proposals were any mention of raising the age to purchase long guns from 18 to 21 and any suggestion that so-called assault rifles be banned as they were under the Clinton administration. Instead what they got was a commission to study the matters.

Also missing was any mention of expanding background checks to include private sales and those done at gun shows between attendees.

Gun rights supporters were appalled at the president’s support for the states to write “red flag” laws, which The New American addressed on Monday. This is an “end run” around the Fourth Amendment to get to ending Second Amendment guarantees in the Bill of Rights, and it’s gaining momentum. Those supporters were also chagrined to learn of the president’s support of the “fix NICS” bill being pushed by “conservative” Republican John Cornyn and liberal anti-gun Democrat Chris Murphy.

The idea behind the “fix NICS” bill is simple: There are allegedly large gaps in the current NICS database, leaving out mental cases and convicted felons. Opponents of the bill argue that making more intrusive the present database will not have any impact on gun violence. They claim that criminals will get guns somehow, while tracking those belonging to law-abiding citizens raises the spectre of national gun registration followed by confiscation.

Second Amendment supporters were disappointed that nothing about “national reciprocity” appeared in Trump’s proposals. That bill has passed the House but is now languishing in the Senate where it is likely to remain without the president’s support.

On balance Trump’s gun proposals are not as intrusive as many feared, thus enraging anti-gun liberals while alerting pro-gun Americans especially to the dangers of “fixing” the background check system and pushing for “red flag” laws by the states.

assault weapons Bill of Rights dangers firearms Fourth Amendment guns NRA pro-gun Republican rights Second Amendment teachers The New American
This entry was posted on Tuesday, March 13th, 2018 at 5:09 am and is filed under Fourth Amendment, Second Amendment. You can follow any responses to this entry through the RSS 2.0 feed. Both comments and pings are currently closed.
Many of the articles on Light from the Right first appeared on either The New American or the McAlvany Intelligence Advisor.