The Minority Report is Now a Reality

This article was published by The McAlvany Intelligence Advisor on Monday, March 12, 2018: 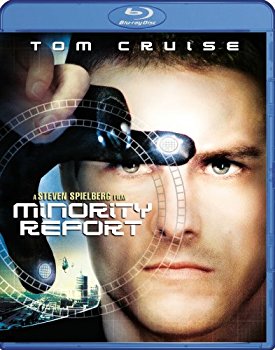 Movie buffs will remember the 2002 science fiction film Minority Report based on a short story written by Philip Dick. Set in 2054 in Washington, D.C., a division of the local police department called PreCrime would arrest individuals based on crimes that they were going to commit. The precriminals were targeted by three psychics called “precogs.”

That “PreCrime” unit is now called the Crisis Response Squad, is part of the Seattle Police Department, and is now arresting precriminals based on testimonies from family members, friends, former wives or husbands, and even former roommates. This isn’t 2054, but 2018.

The Seattle Police Department became the first law enforcement agency in Washington State to serve an Extreme Risk Protection Order [ERPO] warrant on Thursday when officers from SPD’s Crisis Response Squad seized a handgun from a man in downtown Seattle.

Over the last year, police had received multiple calls about the man’s escalating behavior. In one recent incident, staff at a restaurant near the man’s home called police and reported that the man was harassing them while carrying a holstered firearm. Police also seized a shotgun from the man in another incident.

Due to his numerous contacts with police and escalating behavior, SPD’s Crisis Response Squad filed for an Extreme Risk Protection Order, requiring the man to turn over all firearms. After the man failed to turn over his firearms or appear in court for a hearing on the order, police obtained a warrant and responded to the man’s apartment in the 2200 block of 2nd Avenue just after 1 p.m. on March 1st and took him into custody.

The 31-year-old man met officers outside of his apartment and was taken into custody for violating a previous order to turn over his firearms. Officers then entered the man’s apartment and recovered a .25 caliber handgun. Police are also working to obtain several other firearms owned by the man, which are currently in possession of a family member.

Got that? The “man” hadn’t committed a crime. But he was guilty of his “escalating behavior” and an incident where staff at a local restaurant reported that he was “harassing” them “while carrying a holstered firearm.” Further evidence that he was intending gun violence: police had “seized a shotgun from the man in another [unrelated] incident.”

Local media covered the event and uncovered additional evidence that the “man” was likely going to commit a crime. KATU.com in Seattle shed additional light on the man’s “precrimes”:

Neighbors said he had been intimidating people for the past year – even staring-down customers through storefront windows with a gun holstered at his side … mental illness is suspected.

Uh oh, “mental illness” is suspected. A crime is about to be committed! Call the cops! Arrest the man before he does something rash!

The power given to the Seattle PD comes from “red flag” legislation that neatly performs an end run around the Fourth Amendment:

That end run eliminates the protections provided by the Fourth Amendment to the people, allowing them to enjoy the full brunt of unlimited police power. The “probable cause” standard is replaced by “reasonable cause,” the testimony is heard by a judge without the “respondent” being present to hear the charges being levied against him and without giving him a chance to defend himself. The testimony is presented by one or more individuals who may not have any experience in mental health issues. Once the judge decides to issue the warrant, the accused (non-accused, as he hasn’t been charged with a crime) is informed, is told to be at court in a few days along with any firearms that he might possess. If he fails to show, or fails to bring his firearms with him, local police will serve the warrant with prejudice, seize his weapons by force, and arrest him for violating the court order.

All of this is being done now, today, this very minute, in the United States of America.

And not just in Washington. There are now seven states (Florida being the most recent) with “red flag” laws and another 24 states have similar legislation pending.

Here’s a summary of ERPO law from Washington State: it may be filed against any “person who poses a significant danger of causing personal injury to self or others in the near future by having firearms.” The petition can be filed “by a law enforcement agency, a law enforcement officer, or a person who is a family or household member of the respondent [the precriminal].” Family members include “dating partners,” “persons who reside or have resided with the respondent within the last year,” and “stepparents or stepchildren and grandparents and grandchildren.” No crime has been committed. Just suspicion by these honorable folks that said “respondent” might commit one in the future.

The anti-gun left is delighted. Jonas Oransky, deputy director of Michael Bloomberg’sEverytown for Gun Safety, calls the adoption of such laws a “new frontier” in the long war against private gun ownership in America:

We think of this as a new frontier. We don’t have a perfect system in this country, and we can’t stop every act of gun violence. This is a way for states to take some care and be somewhat nimble when there is a dangerous case.

Keeping governments from being “somewhat nimble” was the primary purpose behind the Founders adding the Fourth Amendment to the Constitution. In fact, without the Bill of Rights that contains it, the Constitution would never have been ratified. The reason why was perfectly described by Thomas Jefferson: “In questions of power, then, let no man be heard of confidence in man, but bind him down from mischief by the chains of the Constitution.”

But, goes the argument, there was a chance, perhaps even a good chance, that had local police had such power, they might have been able to head off Nikolas Cruz before he unleashed his attack in Parkland, Florida on February 14. After all, goes the argument, Cruz killed squirrels with a pellet gun, trained his dogs to attack a neighbor’s piglets, posted on Instagram about guns and killing animals, and eventually threatened a local teenager. In addition, he showed signs of depression and had been treated at a mental health clinic. He gave every indication, in other words, of being a “precriminal.”

Joshua Horwitz, executive director of another rabidly anti-gun group, the Coalition to Stop Gun Violence, said “This morning [four days after the massacre] I heard the sheriff [in Parkland] lament the fact that he did not have the tools to remove the firearms from the shooter. Had he [the shooter] lived in one of those states where this law is in place, he would have had the tools, and this shooting might have been averted.”

KOMONews.com: A law passed in five states is thought of as a possible solution for mass shootings

Washington Post: Five states allow guns to be seized before someone can commit violence

Bill of Rights Constitution Crime firearms Fourth Amendment guns John Birch Society mental health power rights shooter threat violence
This entry was posted on Monday, March 12th, 2018 at 9:27 am and is filed under Crime, Fourth Amendment, Second Amendment. You can follow any responses to this entry through the RSS 2.0 feed. Both comments and pings are currently closed.
Many of the articles on Light from the Right first appeared on either The New American or the McAlvany Intelligence Advisor.