This article appeared online at TheNewAmerican.com on Friday, March 9, 2018: 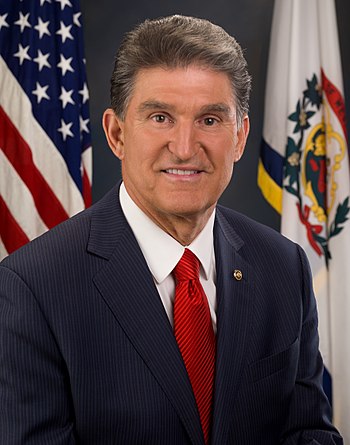 Democrat Senator Joe Manchin of West Virginia, one of many in trouble in November.

Results of a poll of likely voters released on Thursday spell trouble — serious trouble — for at least five of the 10 Senate Democrats running for reelection in November in states carried by Trump in 2016. The poll, conducted by Axios/Survey Monkey from February 12 through March 5, shows Democrat senators in Montana, West Virginia, Missouri, Indiana, and North Dakota in deep trouble. The other five, in Wisconsin, Michigan, Ohio, Pennsylvania, and Florida, aren’t out of the woods by any means.

If it’s true that voters will vote their pocketbooks in November, a steadily improving economy would spell trouble for more than just these endangered five senators. The Wall Street Journal just reported that voters’ total net worth — including all assets such as stocks, 401(k) plans, and real estate, minus outstanding credit card-debt and mortgage balances — rose in the last quarter of 2017 by more than $2 trillion to a record $98 trillion. That’s nearly seven times their disposable annual income, giving them not only a nice cushion in the event of an unhappy accident but increasing confidence in their financial futures.

And those financial futures are especially important to young voters, as reported just before the 2016 presidential election by USA Today. In its survey sponsored by the Bank of America, two out of every three young voters age 18 to 26 named job growth and the health of the national economy as their primary concerns.

Put together — an improving economy, a passel of Democrat senators running for reelection on a platform of opposition to Trump and on record as voting against his tax-reform bill, and young voters particularly concerned about their financial futures — this means that more than just those nervous five Senators could be ousted in November.

If the economy continues to improve, and continues to add not only to the personal net worth of American voters but to their disposable after-tax income through bonuses and salary increases thanks to Trump’s tax reform law (that none of these tenuous 10 voted for), it’s possible, perhaps even likely, that more of those Democrat senators running for reelection in November (24 of them are up for reelection in November) will be looking for other work following the midterm elections.

Constitution Democrat elections Freedom Midterm Elections North Dakota Senate
This entry was posted on Saturday, March 10th, 2018 at 7:17 am and is filed under Economics, Politics. You can follow any responses to this entry through the RSS 2.0 feed. Both comments and pings are currently closed.
Many of the articles on Light from the Right first appeared on either The New American or the McAlvany Intelligence Advisor.