This article was published by The McAlvany Intelligence Advisor on Friday, March 9, 2018: 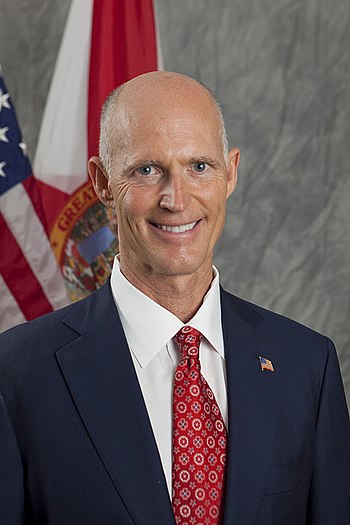 In 1970, Florida’s legislature officially adopted “The Sunshine State” as the state’s nickname. It was designed for the tourists: beaches, warm weather in the winter, and so forth.

About the same time, a 4’10” grandmother teamed up with the National Rifle Association (NRA) and, over time, successfully added another nickname to the state: “The Gunshine State.” When the Gun Control Act was passed in 1968, Marion Hammer decided to do what she could to overturn it. She started in Florida. She was the first female president of the NRA, and the rest, as they say, is history. In 1987, she almost single-handedly persuaded the state’s legislature to pass the first concealed carry law in the nation. In 2005, she was inducted into Florida’s Women’s Hall of Fame.

That was then. This is now. Earlier this week, the Florida state legislature sent a bill to the governor for signing into law that is so offensive to the Constitution, the Bill of Rights, and common sense, that some are calling it “the complete package.” Not only does the bill violate the Second Amendment, it also violates the Fourth. And it certainly violates every aspect of common sense.

The bill bans bump stocks (not used in the Parkland attack), raises the age to buy rifles and shotguns from 18 to 21 (as if that would have deterred the Parkland shooter), mandates a three-day wait on most gun transfers (the shooter would likely have waited for the three-day wait to expire), spends $400 million of Floridians’ monies to increase schools’ security, establishes a commission (of course) to investigate the shooting, and creates a $67 million “guardian” program to pay for law-enforcement trained armed volunteers to secure those schools (teachers and administrators would still be prohibited from carrying firearms on campus to protect themselves and their students).

Most insidious and dangerous of all, however, is the bill’s “red flag” provision that would also violate Floridians’ Fourth Amendment rights that protect them from unreasonable searches and seizures.

Simply put, someone who thinks someone else might be a danger to himself or others can present his arguments to a judge, who then, based upon those arguments, is free to decide whether the state (police armed with guns and badges) can forcibly remove privately and legally-owned firearms from that person’s possession. The “red flag” provisions do not allow the person charged to defend himself or even to know who his accuser might be. Further, he must prove his innocence in order to get his confiscated firearms returned to him. He is “guilty until he proves himself innocent.”

All in violation of the Fourth Amendment:

These so-called laws are also referred to as Extreme Risk Protection Orders (ERPOs) or Gun Violence Restraining Orders (GVROs) and permit a family member or a law enforcement officer to ask a judge to issue the order. The victim doesn’t have to have been charged with a crime and isn’t allowed to challenge his accuser in a court of law.

Republican legislators were joined by Democrats in passing the bill that now sits on Governor Rick Scott’s desk. He will sign it, he says, but only after reviewing it “line by line.” Uh huh.

Those Republicans justified their votes by exclaiming that, following the murder of 17 students on Valentine’s Day in Parkland, Florida, something must be done, even if it violates the Constitution and common sense. For example, here is the explanation from Senate President Joe Negron:

We can never replace the 17 lives that were lost at Marjory Stoneman Douglas High School, and we can never erase the traumatic experience that lives on in the memories of those who survived this horrific attack. However, we will do everything we can to address the failure of government to effectively address the numerous warning signs that should have identified the perpetrator as a danger to others. We can and we will increase the resources available to identify and treat those suffering from mental illness, improve the safety and security of our schools, and ensure those suffering from mental illness do not have access to firearms.

Common sense reveals that the bill, once signed into law, will do no such thing. Instead it will inflict hardships and suffering on innocents accused of being potentially dangerous to themselves or to others. What could go wrong with that?

The rule of law only works when lawmakers follow it.

Florida is the Sunshine State

HOW THE NRA [and Marion Hammer] MADE FLORIDA THE “GUNSHINE STATE”

attack Bill of Rights Concealed Carry Constitution Crime firearms Fourth Amendment Gun Control National Rifle Association rights Second Amendment violence
This entry was posted on Saturday, March 10th, 2018 at 7:09 am and is filed under Fourth Amendment, Politics, Second Amendment. You can follow any responses to this entry through the RSS 2.0 feed. Both comments and pings are currently closed.
Many of the articles on Light from the Right first appeared on either The New American or the McAlvany Intelligence Advisor.