When Firearms are Present, Shooters are Absent

This article was published by The McAlvany Intelligence Advisor on Wednesday, March 7, 2018: 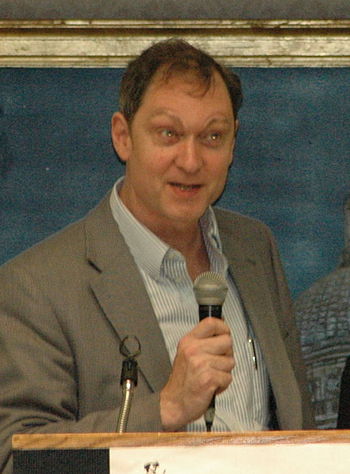 John Lott, in his book, The War on Guns, gave his readers an astonishing statistic:

Since 2011, there have been only three mass public shootings in areas where concealed carry was allowed … these cases are very rare. From 1950-2010, not a single mass shooting occurred in an area where general civilians are allowed to carry guns.

Over the entire period from 1950 through February 2016, just over 1 percent of mass public shootings occurred in such places.

Put another way, according to Lott more than 98 percent of the time shooters choose places where their intended victims aren’t allowed to defend themselves with firearms!

Those shooters may be certifiably insane, but they aren’t stupid. Take, for example, Khalil Abu-Rayyan, an ISIS supporter who was planning an attack on one of the biggest churches in Detroit. According to Lott, Rayyan explained his choice of target this way: “A lot of people go there. Plus people are not allowed to carry guns in church. Plus, it would make the news. Everybody [on the planet] would’ve heard [about it].”

Dylann Roof, the shooter at the 2015 Charleston, South Carolina church was originally going to shoot up a nearby campus but changed his plans when he learned that his target, the College of Charleston, had armed guards.

James Holmes, the “Batman movie killer,” was originally going to attack a nearby airport, but changed his plans, as he wrote in his diary, because of “substantial security” there. Holmes then selected a move theatre that was a “gun-free” zone, even though there were six other theatres closer to where he lived.

Perhaps the most persuasive argument that proves that killers may be insane but not stupid comes from Adam Lanza, the Newtown killer, who spent two-and-a-half years (!) plotting his attack. Law enforcement officials learned that Lanza had put together “a sickeningly thorough 7-foot-long, 4-foot-wide spreadsheet with names, body counts, and weapons from previous mass murderers, even attempted killings.” One officer said it looked like “a doctoral thesis … that was the quality of the research.”

And of course Lanza knew that the kiddies and their teachers were unarmed: targets ripe for the picking.

Evidence that the presence of firearms, operated by those skilled at arms, reduces if not eliminates altogether such shootings, continues to mount. Ben Shapiro, Daily Wire’s editor-in-chief, published a chart showing (and contrasting) the percent changes in firearm ownership in the country versus the nation’s gun homicide rate from 1993 through 2013. While the number of privately owned firearms increased by 56 percent, the gun homicide rate dropped by 49 percent. Tweeted Shapiro, “Please explain how more guns inevitably mean more murder?”

Lott’s Crime Prevention Research Center noted that between 2007 and 2015 the number of concealed carry permits issued nationally skyrocketed by 215 percent, while the murder rate dropped by 14 percent and the overall crime rate dropped by 21 percent.

Books have been filled with examples of crimes prevented or ended almost immediately when a target is able to defend himself with a firearm. One example is that published by Robert Waters, Guns Save Lives, who filled 150 pages of examples and then apologized at the end that additional evidence was pouring in at such a rate that he couldn’t keep up. The NRA has estimated that between two and two-and-a-half million criminal attacks are ended every year by the mere presence of a firearm.

So it should come as no surprise with last week’s release of a report from the Office of Public Safety at the Lawrence campus of the University of Kansas (KU): during the first six months that students were allowed to carry concealed on campus there were no incidents – zero criminal weapons violations – to report. The Kansas City Star, in its coverage, noted that, prior to July 1, there had been 14 weapons violations on the campus between 2008 and 2016. That was when the campus was a so-called “gun free” zone. But since July 1, there has not been a single incident.

If it’s true that when guns are present, shooters are absent, then the reverse is also true: shooters appear when their intended targets are defenseless.

John Lott’s The War on Guns

Guns Save Lives, by Robert Waters

attacks Concealed Carry Crime defense firearms James Holmes media Newtown NRA private shooter teachers weapons
This entry was posted on Thursday, March 8th, 2018 at 5:40 am and is filed under Crime, Second Amendment. You can follow any responses to this entry through the RSS 2.0 feed. Both comments and pings are currently closed.
Many of the articles on Light from the Right first appeared on either The New American or the McAlvany Intelligence Advisor.