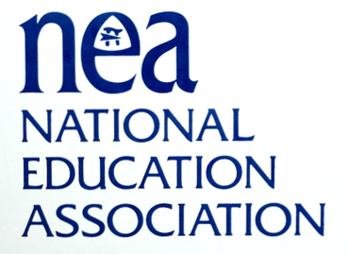 This article appeared online at TheNewAmerican.com on Friday, February 23, 2018:

During his “listening time” meeting at the White House following the Parkland, Florida shooting, President Trump was patient, sensitive, and understanding of the grief many of the participants were going through. Then he answered a question about concealed carry, responding that it “only works where you have people very adept at using firearms, of which you have many, and it would be teachers and coaches.” Then he made it personal:

If the coach [who gave his life during the Florida massacre] had a firearm, he wouldn’t have had to run; he would have shot and that would have been the end of it.

The president was referring to Aaron Feis, the gentle soul and assistant football coach at Marjory Stoneman Douglas High School who also worked as an unarmed security guard at the school. He was hailed as a hero for losing his life while protecting the lives of students during the attack, even as an armed police officer hid outside the school to save himself while the shooting was going on.

Trump explained how this would work: Teachers would “go for special training. And they would be there, and you would no longer have a gun-free zone. A gun-free zone to a maniac — because they’re all cowards — a gun-free zone is, ‘let’s go in and let’s attack, because bullets aren’t coming back at us.’”

He suggested that teachers, as some districts are already doing, receive a bonus if they were willing to take on the additional responsibility: “What I’d recommend doing is the people [who] do carry, we give them a bonus, we give them a little bit of a bonus.” He suggested further that as many as one out of every five teachers in the nation might eventually take on that additional responsibility: “A gun-free zone to a killer, or somebody [who] wants to be a killer, that’s like going in for ice cream. They’re not going to walk into a school if 20 percent of the teachers have guns.”

Liberals against guns and Trump became instant knee-jerk reactionaries to the president’s suggestion. Teachers union representatives claimed that teachers carrying concealed weapons would make schools more dangerous, rather than less. They claimed that teachers aren’t trained law-enforcement officers and besides, they already have enough to do just teaching the kids. One such individual, Jamaal Bowman, principal of the Cornerstone Academy for Social Action Middle School in the Bronx, called Trump’s suggestion “an insane idea,” that it would be much better to invest in more mental-health counselors, social workers, and arts programs “that help children heal.”

Another, National Education Association (NEA) president Lily Eskelsen Garcia, said that guns aren’t necessary. Instead, “we need solutions that will keep guns out of the hands of those who want to use them to massacre innocent children and educators. Arming teachers does nothing to prevent that.”

Randi Weingarten, president of the American Federation of Teachers union, complained, “Anyone who pushes arming teachers doesn’t understand teachers and doesn’t understand our schools. Adding more guns to schools may create an illusion of safety, but in reality in would make our classrooms less safe.”

Others opposed warn of the possibility of personal firearms being stolen or used incorrectly or by accident. Still others denigrated teachers themselves by suggesting that they wouldn’t be able to be trained sufficiently to make “split-second decisions” about who the “bad guy with a gun” really is, and what to do about it.

And then, they complained, there’s the cost of the plan. Usually the “cost” for a “worthwhile” program would not even be on the radar of someone on the Left, but not this time. Not costs are front and center. Say that 20 percent of teachers were armed, and schools were going to assume all of the costs. Twenty-percent of American teachers works out to be 700,000 teachers, each needing a firearm — a reasonably priced one — and some training. At $500 apiece for an acceptable sidearm, and $100 or more for training, the prohibitive cost: $420 million, at a minimum. This of course compares to the $625 billion it costs every year to educate (loose use of that term) 50 million students at $12,500 per student per year.

It also makes assumptions: It assumes that the teachers will not use guns they already own, and it assumes that 20 percent of teachers would carry — not likely. And it seems to forget that even if the schools purchased the guns, it would be a one-time purchase — not a yearly one.

As to the other arguments: Teachers take on extracurriculars (more work) every year to slightly bump their paychecks up, no one would be forcing teachers to carry a gun; no law in the world has been demonstrated to keep guns out of the hands of people who want to use them to kill others (in Jerusalem, schools have armed guards to stop killers, though the borders are monitored closely and police with machine guns roam the streets, partly because it is estimated that guns in the Arab sector number as many as a half million. Also, strict guns laws did nothing to stop the massacre of hundreds of people in France in an evening); and if teachers can’t tell who the bad guy with the gun is, perhaps they shouldn’t be teaching (they aren’t smart enough).

Liberals do bring up points worth considering: In the event of a mass shooting event, armed teachers must also be trained to avoid shooting innocents during the mayhem and take precautions to avoid being shot by police (though undercover police live under the same danger — only daily). Kenneth Trump (no relation to the president), president of National School Safety and Security Services, said that armed teachers “could present confusion during a live shooter event,” adding: “You [law enforcement] arrive at the scene and you have seven people [armed teachers] coming out with firearms in their hands. [The] idea of arming teachers sounds good, it feels good, but the devil is in the details of implementation.”

But there are answers for that. One of many private companies working hard to simplify those details and reduce the risk of teachers mistaking each other for the shooter is DSM Safety, the developer of “Don’t Shoot Me” banners. These are brightly-colored banners carried in a pouch, with “teacher” emblazoned on it, which may be quickly pulled up and over the head. To keep potential killers from buying them (to confuse the situation to their advantage), DSM Safety sells only to law-enforcement agencies and school districts.

Eight states already allow teachers to carry firearms on school campuses (including Kansas, South Dakota, Oklahoma, Texas, and Wyoming) and another six states (including Florida, Alabama, Mississippi, Missouri, and Maryland) are considering legislation to allow school personnel to carry concealed while on campus.

As far as paying for the firearms and training goes, the Buckeye (Ohio) Firearms Foundation (BFF) has already used private donations to train about 1,300 school staff members in 12 states over the past five years. Other private institutions would no doubt join BFF using non-governmental monies to help defray those costs. Additional costs would properly be borne by the school districts to avoid further federal encroachment into the public education arena.

One unfortunate result from all the media attention to the Florida atrocity is that “copycat” shooters might seek similar publicity that the media has given the Florida shooter. If that’s the case, then time is of the essence in adopting common-sense (in the usual sense of the phrase) solutions at the local school level to arm teachers and administration officials and train them with skill at arms to resist such “copycats” should they arrive on campus.

attack classrooms Concealed Carry Education firearms innocents liberals shooter teachers weapons
This entry was posted on Saturday, February 24th, 2018 at 7:11 am and is filed under Crime, Politics. You can follow any responses to this entry through the RSS 2.0 feed. Both comments and pings are currently closed.
Many of the articles on Light from the Right first appeared on either The New American or the McAlvany Intelligence Advisor.