This article appeared online at TheNewAmerican.com on Wednesday, February 21, 2018: 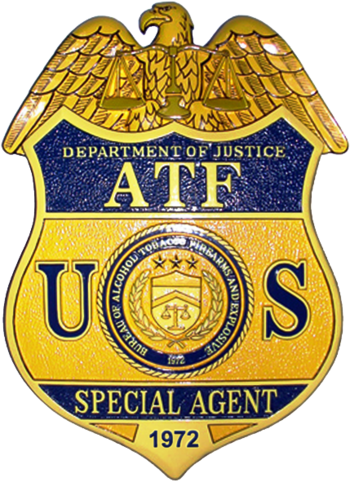 During a two-day White House meeting this week on making schools safer, President Trump reversed his solemn promise repeatedly stated as a candidate to support and defend the Second Amendment. He said: “Just a few moments ago I signed a memorandum directing the Attorney General to propose regulations to ban all devices that turn legal weapons into machine guns.”

Trump referred to an effort by the Bureau of Alcohol, Tobacco, Firearms and Explosives (still known as ATF) to expand its statutory definition of “machine gun” in both the National Firearms Act of 1934 (NFA) and the Gun Control Act of 1968 (GCA) to include “bump stocks,” which could then be banned altogether. On Tuesday Trump ordered Attorney General Jeff Sessions to “dedicate all available resources to complete the review of the comments [the ATF received in response to its proposed expansion following its announcement late last year] and, as expeditiously as possible, to propose for notice and comment a rule banning all devices that turn legal weapons into machine guns.”

More than 36,000 comments have already been received by the ATF following its announcement of its intent to expand its definition of “machine gun,” most of them opposed. Once Sessions and the Department of Justice (DOJ) have the new language ready, the ATF will go through another “notice and comment” period before perfecting the expanded definition. A DOJ spokesman said the department has ramped up its review of those original comments in order to clear the way for the new infringement on the Second Amendment.

White House Press Secretary Sarah Sanders tried to explain the reversal by Trump: “My understanding is that [the comment review process] has been completed and movement will take place on [the expanded definition] shortly. But the president, when it comes to that, is committed to ensuring [that] those devices … [pause] … the president doesn’t support the use of those accessories.”

The National Rifle Association (NRA) spoke out of both sides of its mouth on the issue. A few days after the Las Vegas massacre, which allegedly involved the use of “bump stocks” on a few of the weapons used, Wayne LaPierre, chief executive of the NRA, said, “We ought to take a look … to see if [bump stocks are] in compliance with federal law and [whether they are] worthy of additional regulation … we didn’t say ban, we didn’t say confiscate.”

But according to NRA spokeswoman Jennifer Baker: “The NRA’s stance on this issue hasn’t changed. Fully-automatic weapons have been heavily regulated since the 1930s, but banning semi-automatic firearms and accessories has been shown time and again to not prevent criminal activity and simply [to punish] the law-abiding [gun owners] for the criminal acts of others.”

Translation: The NRA supports further incursions against the Second Amendment, but they really don’t want them, as they are ineffective in curbing gun violence.

Connecticut’s far-left Democrat Senator Chris Murphy, whose voting record scores a treasonous 13 out of 100 in the Freedom Index published by The New American (about a whether a candidate voted constitutionally or not), and who is 100-percent endorsed by the Brady Campaign to Prevent Gun Violence, is happy about the move by Trump to the left on this issue. But he wants more. He tweeted:

Sign after sign this week that we’ve hit a fulcrum point in this debate where politicians are, for the first time, scared of the political consequences of inaction on guns. Small, but vital step in the history of our movement.

Here’s an irony: None other than anti-gun liberal California Democrat Senator Dianne Feinstein says that the ATF likely doesn’t have the authority to expand its definition of “machine gun”:

If the ATF tries to ban these devices after admitting repeatedly that it lacks the authority to do so, that process could be tied up in courts for years, and that would mean that bump stocks would continue to be sold.

Legislation is the only answer.

Another irony is that the Florida shooter didn’t use a “bump stock” during his rampage. But that apparently now means little to Trump. The unanswered question is why? Why the reversal? Why all of a sudden are guns and their accessories the enemy and in need of federal emasculation? What about the likely alienation of Trump’s core of followers who truly believed, until yesterday, that he meant what he said about defending the Second Amendment? This promise appeared on the White House website just two days after his inauguration: “Supporting law enforcement means supporting our citizens’ ability to protect themselves. We will uphold Americans’ Second Amendment rights at every level of our judicial system.”

Or perhaps he knows that for once Dianne Feinstein is right, that the new expanded definition of “machine guns” to include accessories such as “bump stocks” will result in court challenges that will delay its implementation and ultimately throw out the new definition. That would leave any change in definition in the hands of the Congress, which, as Trump full well knows, won’t budge on further infringements of the Second Amendment, especially during a mid-term election year.

Constitution firearms Freedom Gun Control guns Midterm Elections National Rifle Association politician rights Second Amendment weapons
This entry was posted on Thursday, February 22nd, 2018 at 6:40 am and is filed under Politics, Second Amendment. You can follow any responses to this entry through the RSS 2.0 feed. Both comments and pings are currently closed.
Many of the articles on Light from the Right first appeared on either The New American or the McAlvany Intelligence Advisor.