This article was published by The McAlvany Intelligence Advisor on Wednesday, February 21, 2018: 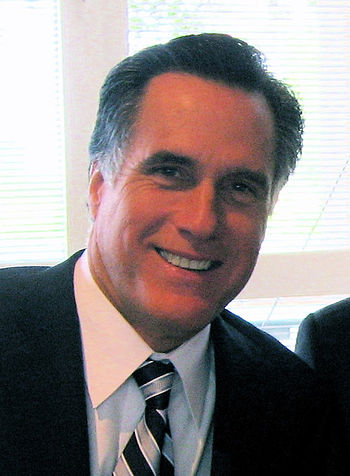 George Orwell’s Animal Farm, first published in 1945 as a satire on the Soviet Union, is now required reading by home school students being taught the dangers of the totalitarian state. Its climax came when politicians voted into power by the animals began to look awfully like the ones they were replacing: “The creatures [the voters] outside looked from pig to man, and from man to pig, and from pig to man again; but already it was impossible to say which was which.”

The race to fill Utah Senator Orrin Hatch’s seat – one that he has occupied for seven very long terms – is all but over. And the winner is: Mitt Romney, winning in a walk. The loser: Republicans who think that Romney will be an improvement over Hatch. Once his voting record is tallied it’s likely that Romney’s will almost exactly mirror that of Hatch’s: mid-50s out of a possible 100. It’s long been said that the middle of the road is marked by yellow lines and populated by dead skunks. In this case, one skunk will be replaced by another, with the same totalitarian odor.

With significant name recognition and voters’ notoriously bad memories, Romney will win in a walk. The parallels between Romney and his father George are both illuminating and unnerving:

Both served as Mormon missionaries in Europe. Both pursued high school sweethearts single-mindedly until they agreed to marry them several years later. Both had very successful careers in business and both became known for turning around failing companies or organizations (the 2002 Winter Olympics in Salt Lake City was rescued from financial oblivion by Mitt). Both presided over a stake (an administrative unit of the LDS church). Both achieved their first elected position at age 55 as a Republican governor of a Democrat-leaning state. They bear similar physical attributes which some have said made them “look like a president.” Both staged their first presidential run in the year they turned 60. Neither of them protested publicly against LDS Church policy that did not allow blacks in its lay clergy until 1978.

And finally, and most importantly, both George and son Mitt have long been considered suspect by true conservatives in the Republican Party.

But Utahans, like most uninformed voters, will likely not know, or will have long since forgotten, that Mitt Romney is a carpetbagger, serving as governor for Massachusetts from 2003 to 2007, during which period he inflicted his version of ObamaCare onto that state’s citizens. They will have forgotten Romney’s hypocrisy when he later declared his intention to abolish ObamaCare as a sop to voters upset about its mandates forcing them to buy health insurance.

They will have long forgotten that Romney tore into Trump over the president’s lame and late support for Alabama’s Roy Moore when he was running for the Senate.

But now all is sweetness and light. Trump endorsed Romney for Senate on Monday night: “He will make a great Senator and worthy successor to Orrin Hatch, and has my full support and endorsement.” Romney tweeted back his thanks: “Thank you Mr. President for your support. I hope that over the course of the campaign I also earn the support and endorsements of the people of Utah.”

It’s too trite to remind readers what Mark Twain’s friend Charles Dudley Warner said about such temporary truces between politicians: “Politics makes strange bedfellows” but in this case it fits. During the presidential primaries Romney publicly lambasted Trump for not releasing his tax returns, saying that there might be a “bombshell” in them. Trump immediately fired back, saying that Romney was “one of the dumbest and worst candidates [running and losing in 2008 and then again in 2012] in the history of American politics.”

Romney shortly thereafter responded, declaring that Trump was “a phony, a fraud … he’s playing members of the American public for suckers,” adding that “if we Republicans choose Donald Trump as our nominee, the prospects for a safe and prosperous future are greatly diminished.” And so on.

What will the Senatorial landscape look like following Romney’s victory in November? It will remain the same, at least as viewed from Utah. Romney has promised to confront the president whenever it serves his purpose:

I’m with the president’s domestic policy agenda of low taxes, low regulation, smaller government, [and] pushing back against the bureaucrats. I’m not always with the president on what he might say or do, and if that happens I’ll call’em like I see’em, the way I have in the past.

CNBC.com: Mitt Romney, a frequent critic of President Donald Trump, to run for Senate in Utah

bureaucrat Conservative Fraud Hypocrisy Mitt Romney Obamacare politician Republican Senate
This entry was posted on Thursday, February 22nd, 2018 at 6:30 am and is filed under Crime, Politics. You can follow any responses to this entry through the RSS 2.0 feed. Both comments and pings are currently closed.
Many of the articles on Light from the Right first appeared on either The New American or the McAlvany Intelligence Advisor.