Apple’s Repatriation of Its Profits: Talk About Stimulating the Economy! 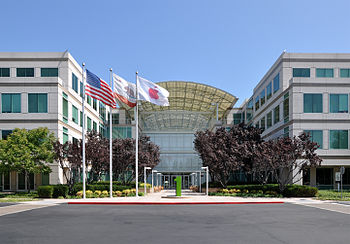 This article was published by The McAlvany Intelligence Advisor on Monday, January 22, 2018:

It is making plans for that $214 billion. In its announcement on Wednesday, the company said it would be making “a new set of investments to build on its commitment to support the American economy and its workforce, concentrated in three areas where Apple has had the greatest impact on job creation: direct employment by Apple, spending and investment with Apple’s domestic suppliers and manufacturers, and fueling the fast-growing app economy that Apple created with iPhone® and the App Store®.”

Apple is already responsible for creating and supporting over 2 million jobs across the United States, and expects to generate even more jobs as a result of the initiatives being announced today.

The numbers are almost incomprehensibly large. Apple generates worldwide revenues of $230 billion, making profits of nearly $50 billion. It employs 124,000 people worldwide, 84,000 of them in the U.S. It has independent contractual arrangements with another 1.6 app designers, to whom it paid $5 billion last year. It operates 500 retail stores worldwide.

Apple’s biggest problem is that it can’t find enough qualified people. It’s fine to have lots of money to invest, but they require skilled techs just to answer the phone and provide tech support at their stores. According to the Bureau of Labor Statistics (BLS), there are half a million unfilled programming job openings, and unless something is done that number will swell to 1.6 million in less than three years.

That’s one of the bottlenecks Apple is trying to uncork: it offers high school students and community colleges a free software coding course, App Development with Swift, and more than 100,000 people have already taken advantage of it in classes in their retail stores.

It is increasing its commitment to its Investment Innovation Fund, from $1 billion a year to $5 billion, to help its American subs provide better and more innovative programs and products. Part of the funding is for startups trying to break into the programming market. In other words, if Apple can’t hire enough people, it will go find them, train them, and then hire them. Its financial support is directly focused on supporting STEAM (Science, Technology, Engineering, Arts, and Math) positions needed by the company in the future.

Apple makes no bones about the impact that investing just a small part of that $214 billion will have: “Apple’s direct contribution to the U.S. economy will be more than $350 billion over the next five years, not including Apple’s ongoing tax payments, the tax revenues generated from employees’ wages, and the sale of Apple products.”

But what about the other profits residing overseas held by 330 American companies, totaling $2.6 trillion? Companies like Microsoft ($127 billion), Cisco ($67 billion), Oracle ($54 billion), and so on? What if just half of those profits are repatriated under the new law at 15.5 percent? Doing the math is exciting: $1.3 trillion repatriated would generate more than $200 billion to the U.S Treasury, dwarfing Apple’s puny $38 billion. That would leave in excess of $1 trillion in new high-octane dollars seeking a new home in the United States. Those would certainly generate more jobs, products, and profits than where they currently reside (most have been languishing in U.S. government and foreign securities for years). The impact over time staggers the mind: could these funds close the annual deficit, with some left over to reduce the national debt? Could they continue to draw people back into the economy from their welfare-check couches? Could the new jobs and their ripple effect push the American economy back to four, five, or even six percent annual growth?

What impact would that have on the world economy? Would other countries emulate the U.S. by reducing their own tax rates in order to remain competitive with America? Worldwide poverty is already at historic lows. Wouldn’t that trend continue and accelerate? What impact would such growth have on anti-capitalists who would rather see the U.S. economy crash and burn in order to validate their ideology? Would that worldview become irrelevant? Questions like these go on and on. Would such growth stimulate interest in Adam Smith and Ludwig von Mises and the Austrian School of economics? Could such reductions in tax liabilities merely be the first of many steps downward to zero for individuals, with the government’s budget being funded only by sales taxes on goods and services? Would infrastructure projects be funded privately, by restoring highways through user fees only?

A year ago, such questions wouldn’t even be asked. If the November election had gone the other way, the economy would be suffering under the onslaughts of Obama 3.0!

With Apple leading the way, it’s an exciting time to be alive!

The U.S. companies with the most cash parked overseas

CNBC.com: Apple announces plans to repatriate billions in overseas cash, says it will contribute $350 billion to the US economy over the next 5 years

CNBC.com: It looks like Apple is bringing back home nearly all of its $250 billion in foreign cash

Austrian School Capitalism Economy growth Jobs Ludwig von Mises private Technology
This entry was posted on Tuesday, January 23rd, 2018 at 6:28 am and is filed under Economics. You can follow any responses to this entry through the RSS 2.0 feed. Both comments and pings are currently closed.
Many of the articles on Light from the Right first appeared on either The New American or the McAlvany Intelligence Advisor.