This article appeared online at TheNewAmerican.com on Wednesday, January 10, 2018: 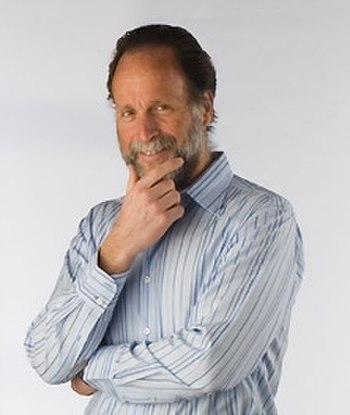 When an obscure college professor nearing retirement age suggests that the only way to “solve” the Venezuelan “crisis” is through military intervention, few people would pay any attention. But when that person, Ricardo Hausmann, is a professor at Harvard and a director of the John F. Kennedy School of Government there, his proposal represents much more than just wishful thinking.

Hausmann, with a Ph.D. in economics from Cornell University, is a bona fide Keynesian interventionist. Considering that Hausmann was a former minister of planning in Venezuela and a member of the board of directors of the Central Bank of Venezuela in the early 1990s, one can rest assured that free market principles aren’t being considered as any part of his solution to Venezuela’s problems.

Under socialism, things have gotten so bad in Venezuela that Hausmann now thinks military intervention is the only cure. His plan, “D Day Venezuela,” is built on the conclusion that all other forms of intervention — from sanctions to freezing assets belonging to Maduro and 50 of his top people to freezing Maduro out of the U.S. bond market — simply aren’t working. Wrote Hausmann, “The Venezuelan crisis is moving relentlessly from catastrophic to unimaginable.” He carefully built the case that the end justifies the means:

The level of misery, human suffering and destruction has reached a point where the international community must rethink how it can help…. The minimum wage measured in the cheapest available calorie, had declined from 52,854 calories per day in May 2012 to just 7,005 by May 2017 — not enough to feed a family of five. Since then, conditions have deteriorated dramatically. By last month, the minimum wage had fallen to just 2,740 calories per day [per family].

Inflation, running at an estimated 50 percent per month, has effectively destroyed the currency, forcing people to pick through garbage dumps for food, and others to engage in barter for essentials.

Maduro, instead of addressing the issue head on — by admitting that his socialist Chavismo program isn’t working and thus removing government pressures, sanctions, and mandates from the economy — he instead arrested some 60 senior managers of his state-owned energy company PdVSA, blaming them for his failures.

He replaced skilled technicians at PdVSA with government cronies, resulting in the decline of output from more than three million barrels a day to half that amount. Since this is Maduro’s primary source of revenues, he has had to resort to borrowing money from Russia in exchange for ownership of vast swaths of the country’s oil reserves.

Maduro has arranged for the Constituent Assembly to usurp legitimate authority from the National Assembly, has stolen three elections in 2017 alone, and has decimated any legitimate resistance to his authoritarian regime by arresting resistance leaders, including local mayors and deputies not in line with the regime.

There was hope that sanctions would force the military to pressure Maduro either to change his ways or to remove him from office altogether. Instead, the dictator placed his own people in control of the military, allowing them to handle the country’s food supply. This has allowed them, predictably, to sell those commodities to fund themselves, leaving the citizenry in desperate need of essentials such as food and drugs.

Those sanctions, according to Hausmann, “are too slow” in removing Maduro. After all, he wrote, “such sanctions have not led to regime change in Russia, North Korea, or Iran.”

Voila! There is only one option left, wrote Hausmann: “This leaves us with an international military intervention…. As the Venezuelan situation becomes unimaginable, the solutions to be considered move closer to the inconceivable.”

But the blatant use of force by the United States must be dressed up to look legitimate. Hausmann has a plan: “The [legitimate] National Assembly could impeach Maduro [and] constitutionally appoint a new government, which in turn could request military assistance from a coalition of the willing, including Latin American, North American, and European countries.”

This would accomplish several purposes, including building the case for international interventions worldwide when local situations are deemed by the powers-that-be to be “inconceivably” harmful to the local populace. Such a plan, according to Hausmann, would be acceptable “because the military force would be invited by a legitimate government seeking support to uphold the country’s constitution.”

Hausmann’s irony is clear: Military intervention, in violation of international law, is justified when precious rights are being violated by governments such as Maduro’s. After all, wrote Hausmann, “conditions [in Venezuela] constitute a crime against humanity that must be stopped on moral grounds.”

Hausmann fails to answer at least two key questions: Just how did Venezuela find itself in such economic difficulty, and just what would a new regime do differently to rid the country of the socialist impulse in favor of the free market? A careful reading of Hausmann’s suggested program suggests that the key is regime “change” and not “improvement.” After all, history records that Maduro came to power following the death of another Marxist, Hugo Chávez, whose program of “Chavismo” socialism Maduro was more than happy to continue to implement.

Central Bank Constitution Crime dictator elections Establishment Free Market Inflation Keynesian mandates power Socialism
This entry was posted on Thursday, January 11th, 2018 at 6:34 am and is filed under Crime, Politics. You can follow any responses to this entry through the RSS 2.0 feed. Both comments and pings are currently closed.
Many of the articles on Light from the Right first appeared on either The New American or the McAlvany Intelligence Advisor.