This article appeared online at TheNewAmerican.com on Tuesday, January 2, 2018: 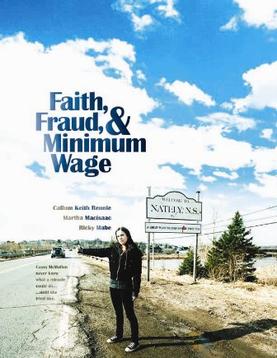 Through new legislation, successful ballot measures or inflation adjustments built in to previous statutes, some 4.5 million people should see increases in their paychecks in the New Year. Ten of those states — Maine, Vermont, Washington, Michigan, New York, Rhode Island, California, Colorado, Arizona, and Hawaii — are seeing increases as the result of legislative or ballot measures. The other eight — Alaska, Florida, Minnesota, Missouri, Montana, New Jersey, Ohio, and South Dakota — will see so-called “automatic” increases in their minimum wage laws in 2018.

Most new minimum wage legislation is phased-in through gradual increases, declaring loudly the hypocritical claim that such increases won’t affect employment. It’s like feeding nightshade to a victim in such small doses that he doesn’t even notice — until he’s dead.

Studies of the impact in Seattle are showing the nightshade effect which has mandated that its business owners pay a minimum wage of $15.45 an hour to each of their employees even if they don’t deserve it. One done by the National Bureau of Economic Research (NBER) in October proves the point:

Using a variety of methods to analyze employment in all sectors paying below a specified real hourly rate, we conclude that the second wage increase to $13 reduced hours worked in low-wage jobs by around 9 percent, while hourly wages in such jobs increased by around 3 percent.

Consequently, total payroll fell for such jobs, implying that the minimum wage ordinance lowered low-wage employees’ earnings by an average of $125 per month in 2016.

Put another way: the higher the minimum wage mandated by union-controlled politicians (the Fight for 15 campaign is spearheaded by the Service Employees International Union), the less those lower-paid people are being paid.

The reason is simple: employers faced with such mandates find other ways not involving people to run their businesses. It’s old news that Walmart and Target are already replacing cashiers with self-checkout counters while restaurant chains such as McDonald’s and Panera Bread are replacing cashiers with apps and self-ordering kiosks. Those cashiers are just some of those 4.5 million people who won’t be seeing an increase in their paychecks in 2018. They won’t be receiving paychecks at all.

Statist economists with excessive time on their hands have bent over backward statistically speaking to justify the need for minimum wages. Not one of them, however, harkens back to the most egregious and statistically valid negative impact of the imposition of minimum wage laws. Writing for the Mises Institute, scholar/historian Chris Calton noted:

By the 1960s, many African-Americans were employed as farmers — at least partly due to this being one of the few remaining fields of work that was not yet subject to wage regulations. This changed in 1967, when the government extended the minimum wage laws to American farmers as part of the “War on Poverty.” Black farmers who were accustomed to making a modest $3.50 per day were now legally required to be paid $1.00 per hour — a tremendous increase in wages.

The effect of this law was immediate and undeniable. An estimated 25,000 farm workers were put out of work in the Mississippi Delta region alone…. The federal minimum wage destroyed their ability to earn a living.

Black migration out of these farmlands occurred by the thousands; the New York Times in 1968 called it the “Negro Exodus.”

The staged-in minimum wage increases scheduled for 2018 declare loudly the hypocrisy of those laws as being necessary to improve people’s standard of living. If they were applied all at once rather than a drop at a time, the patient (business owners who employ people) would simply close up shop and move away to friendlier and more enlightened climes. Remember, 32 states didn’t raise their minimum wages in 2018.

Hypocrisy Jobs mandates Minimum Wage
This entry was posted on Wednesday, January 3rd, 2018 at 6:40 am and is filed under Economics, History. You can follow any responses to this entry through the RSS 2.0 feed. Both comments and pings are currently closed.
Many of the articles on Light from the Right first appeared on either The New American or the McAlvany Intelligence Advisor.