Obama Fracking Rule to be Overturned by BLM in January

This article appeared online at TheNewAmerican.com on Friday, December 29, 2017: 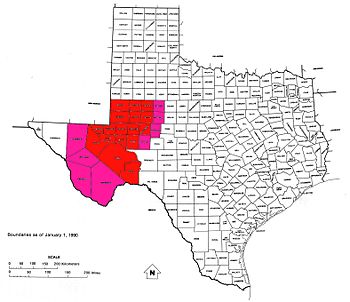 Part of the Permian Basin in west Texas

A federal appeals court refused on Wednesday to reconsider its decision to overturn an Obama administration rule on fracking, holding that the issue was moot: The Trump administration is planning to throw out the rule altogether in January.

The Bureau of Land Management (BLM) said that the Obama administration’s rule “unnecessarily burdens industry compliance costs and information requirements that are duplicative of regulatory programs of many states and some tribes. As a result, we are proposing to rescind, in its entirety, the [Obama administration’s] 2015 final rule.”

The original decision in 2016 ruled that the Obama administration was guilty of federal overreach, that the BLM was never given the authority assumed under that administration to regulate fracking. In January the oil- and gas-development industry will not have to worry about this regulatory roadblock. Instead, it will have to worry about how to handle the new oil and gas production flowing out of America’s amazing energy resources.

One of the most sensational areas for this production is the Permian Basin oil field underlying west Texas and southeast New Mexico. First discovered in the 1920s with the development of Santa Rita Rig #1, the Permian Basin is 250 miles wide and 300 miles long and is now estimated to contain some 70 billion barrels of recoverable oil. It’s already produced nearly 40 billion since Santa Anita, and despite the field’s production approaching three million barrels a day, its recoverable reserves are growing instead of shrinking.

Just a few years ago the Permian Basin was considered nearly depleted. But with the advent of fracking technology, the enormous basin — called a “super basin” — could now contain two trillion barrels of recoverable crude oil. IHS Markit, the world leader in information gathering and analysis, just announced that the Permian Basin’s production exceeded its previous high registered back in 1973, producing a record 815 million barrels of oil in 2017. It estimates that its daily production will approach three million barrels a day (mbd) next year, which will set another record of a billion barrels produced in single year.

It’s also a “disrupter,” according to Pete Stark, a director of IHS: “When we consider the impact on the world’s crude markets, the Permian has to be considered a global disrupter.” IHS’ Reed Olmstead added:

This revelation no doubt adds more angst among the leaders of OPEC, the international cartel that has for years been able to force its will on oil and gas prices through the magnitude of the reserves it controlled. But all by itself the Permian Basin, now freer than ever to operate to the advantage of its customers and consumers without the heavy hand of federal government interference and regulation, is effectively standing up to the cartel and saying “no more.”

Trump’s BLM decision to roll back an unwanted, unneeded, and unconstitutional rule promulgated under the previous administration merely allows developers in the Permian Basin, and elsewhere, to go about their business of providing energy at ever lower costs to its end users: the American consumer. That decision is also helping relegate OPEC to a footnote in history as its influence continues to fade in the face of the increasing dominance of the U.S. oil industry in the global energy equation.

Cartel Constitution Energy Fracking Gas Prices Obama oil Oil Industry OPEC Technology Texas
This entry was posted on Saturday, December 30th, 2017 at 7:17 am and is filed under Energy, Free Market. You can follow any responses to this entry through the RSS 2.0 feed. Both comments and pings are currently closed.
Many of the articles on Light from the Right first appeared on either The New American or the McAlvany Intelligence Advisor.