Is Rosie Going to Jail for Bribery by Tweet? Not

This article appeared online at TheNewAmerican.com on Friday, December 22, 2017: 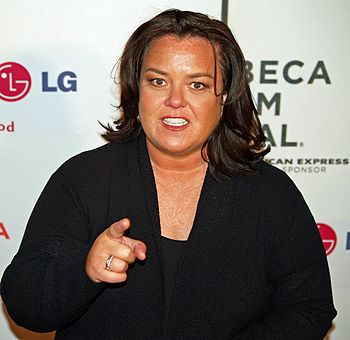 The irresponsible, irrational, and inflammatory tweets that burst from former television personality and comedienne Rosie O’Donnell late Tuesday night brought demands that she be charged with bribery. Her initial tweet was directed at Senators Susan Collins (R-Maine) and Jeff Flake (R-Ariz.), offering to pay them $2 million each if they voted against the tax reform bill: “So how about this. I promise to give 2 million dollars to senator Susan Collins and 2 million to senator Jeff Flake if they vote No.” This was posted at 8:25 p.m.

When possible bribery charges were mentioned O’Donnell upped the ante, tweeting at 10:10 p.m.: “I therefore offer 2 million for any GOP senator that votes no — to them personally — or directed to A NON PROFIT OF THEIR CHOICE.”

Neither tweet had its intended effect: The senators didn’t respond to O’Donnell’s offers and both voted for the bill, which passed the Senate 51-48. But it did cause several bloggers to take a close look at precisely which law O’Donnell broke with her tweets: 18 U.S. Code Section 201: Bribery of public officials and witnesses.

From the Legal Encyclopedia:

Let’s see: That would be a $12 million fine and a prison sentence of 15 years, or both. Now age 55, she wouldn’t see the light for day before she turned 70. By that time, who would remember? Or care?

In the real world of politics, regarding such behavior and potential charges, O’Donnell probably won’t have to dispense a single dime of her personal wealth, estimated at $120 million, for legal defense. Her history as a public figure, co-hosting The View, and hosting her own show The Rose O’Donnell Show, has taught her just how far she can go in infuriating her enemies without having to go to court to defend herself against them. More than once she declared President Trump as “mentally unstable,” “mentally ill,” and “a criminal,” each without incurring legal sanctions or even the threat of same.

And then there’s the language of the law itself. The statute quoted prohibits anyone from “corruptly” offering anything of value with the intent to influence a public official. As Michelle Fabio, who holds a JD from Temple University, explained:

This would be a tough standard to meet, especially because of O’Donnell’s status as a comedian and frequent — and quite vocal — political commentator. She could and would likely assert that her tweets were not seriously publicly offering money to senators but were intended to be hyperbole, political commentary and/or performance art.

Efforts to charge O’Donnell with a “felony by tweet” aren’t likely to go anywhere. But those tweets remind one of the rhetorical question: “If a tree falls down in the forest and there’s no one there to hear it, does it make any noise?” In O’Donnell’s forest, she’s making lots of noise, but fewer and fewer people are listening, or caring.

This entry was posted on Saturday, December 23rd, 2017 at 6:19 am and is filed under Uncategorized. You can follow any responses to this entry through the RSS 2.0 feed. Both comments and pings are currently closed.
Many of the articles on Light from the Right first appeared on either The New American or the McAlvany Intelligence Advisor.