Trump Can’t Do Everything Himself, so He Nominated Neomi Rao to Help Him

This article was published by The McAlvany Intelligence Advisor on Monday, December 18, 2017: 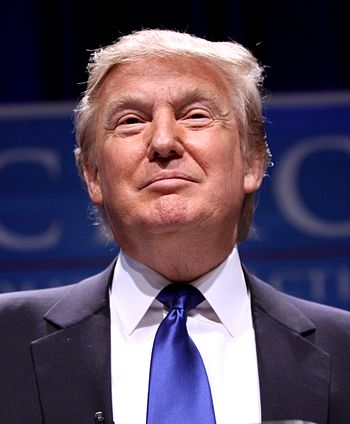 Who? Up until Thursday, few had ever heard of Neomi Rao. Looking into her background, fewer still would have predicted the role she is playing in helping President Donald Trump keep one of his most important campaign promises.

After graduating from Yale University with “highest distinction” in ethics, economics, and philosophy, she attended the University of Chicago Law School where she received her Juris Doctor degree. She was comment editor of the school’s law review and also executive editor for the Harvard Journal of Law and Public Policy.

But she never drank from the cup of regulatory Kool-Aid. Instead she went on to clerk for U.S. Supreme Court Justice Clarence Thomas and from there to serve as a staffer on the Senate Judiciary Committee. In 2012, she received tenure from George Mason University’s Antonin Scalia Law School where she founded the Center for the Study of the Administrative State.

In other words, until Thursday, Rao was invisible.

But when Trump nominated her in April to his Office of Management and Budget with the mind-bending title of Administrator of the Office of Information and Regulatory Affairs, Jonathan Adler took notice. Adler is a contributing editor to the National Review Online and a regular writer for “The Volokh Conspiracy,” a weblog founded by UCLA law professor Eugene Volokh. His conservative credentials firmly established, Adler said of Trump’s selection: “[His] selection of Rao suggests the administration is serious about regulatory reform, not merely reducing high-profile regulatory burdens.”

Indeed he is. She took on her role in April, and by the end of November had turned Trump’s promise – two deregulations for every new one proposed – upside down. She has eliminated 67 regulations while allowing only three new ones. And she’s just getting started: “For 2018, we’re on track to continue to be better than three-for-one … [our] agenda reflects 448 deregulatory actions and 131 regulatory actions … so we’re planning to keep up the deregulatory efforts.”

Trump took most of the credit for this on Thursday, announcing the victory in the Roosevelt Room:

One of the very first actions of my administration was to impose at two-for-one rule on new federal regulations. We ordered that for every one new regulation, two old regulations must be eliminated … as a result, the never-ending growth of red tape in America has come to a sudden screeching and beautiful halt….

Within our first 11 months, we cancelled or delayed over 1,500 planned regulatory actions – more than any previous President by far….

And instead of eliminating two old regulations, for everyone new regulation we have eliminated 22 – 22. That’s a big difference. We aimed for two-for-one and, in 2017, we hit twenty-two-for one.

Just how far back are those deregulations likely to go? Said Trump: “In 1960, there were approximately 20,000 pages in the Code of Federal Regulations. Today, there are over 185,000 pages … we’re getting back below the 1960-level, and we’ll be there fairly quickly.”

To his credit, the president has recognized the problem, and visualized the solution. First, the problem:

Congress has abandoned much of its responsibility to legislate [see Article I, Section I of the U.S. Constitution: “All legislative powers herein granted shall be vested in a Congress of the United States…”], and has instead given unelected regulators … extraordinary power to control the lives of others.

The courts have let this massive power grab go almost completely unchecked and have almost always ruled in favor of big government.

With billions and billions of dollars wasted, regulation is a stealth taxation. So many of these enormous regulatory burdens were imposed on our citizens with no vote, no debate, and no accountability.

The problem has been made much more difficult thanks to civil service regulations that make it virtually impossible to fire anyone in the government. Paul Light, professor of public service at New York University, explained: “Very few federal employees – in the hundreds, not the thousands – are ever fired on the basis of performance. That’s out of a federal workforce of [nearly 2 million].” A government agency appointed to look into the problem concluded that the process required to fire a civil service was “horrendous” and that nearly every supervisor trying to get rid of an unproductive worker just gave it up out of frustration.

Rather than take on the ossified civil service structure directly, Trump’s solution?: require each agency to retire two regulations for every new one proposed. As Chief Executive, he could do that.

But he couldn’t do it alone. He had to have someone like Rao to implement it. She’s perfect for the job, saying:

From my perspective, a lot of this is linked to individual freedom. When the government is interfering less in people’s lives, they have a greater opportunity to pursue their goals. I also think that what we’re doing here is connected to making government more constitutional….

What’s remarkable in all this is, first, Trump is determined to keep his promises. Two, he has found the right person to help him keep them. Third, they are already seeing results. Fourth, there’s more deregulation coming. Fifth, billions in compliance costs are being eliminated.

But most importantly is the new atmosphere of freedom. Under Obama, there was a sense of oppression and threat of more regulation that weighed heavily on investors and entrepreneurs. This kept many projects on the ground, and plans for expansion were shelved.

It’s taken some months now but among those key operators Trump is for real. He intends to keep his promises. And he is hiring people like Rao to help him. There’s freedom in the air and entrepreneurs are once again breathing its elixir. The rollback of the administrative state is happening before our very eyes, thanks to unknown heroines like Rao.

White House: For Every New Federal Regulation, Twenty-Two Have Been Eliminated

WhiteHouse.gov: Press Briefing by Office of Information and Regulatory Affairs Administrator Neomi Rao on the Unified Agenda of Regulatory and Deregulatory Actions

AP photo of Trump standing beside stack of regulations

Antonin Scalia Clarence Thomas Conservative Constitution Donald Trump Freedom Regulations Supreme Court
This entry was posted on Monday, December 18th, 2017 at 10:01 am and is filed under Free Market, Politics. You can follow any responses to this entry through the RSS 2.0 feed. Both comments and pings are currently closed.
Many of the articles on Light from the Right first appeared on either The New American or the McAlvany Intelligence Advisor.