Economic Forecasters Miss Again as the Economy Leaves Them Behind

This article was published by The McAlvany Intelligence Advisor on Friday, December 15, 2017: 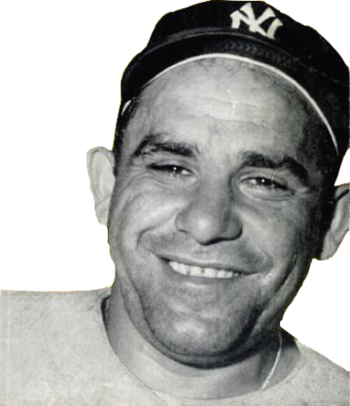 Just how do economic forecasters justify their existence, and their paychecks? George Carlin found a way: he became a comedian. He said “the weather forecast for tonight: dark.”

Yogi Berra was already financially secure, so he could get away with this: “Forecasting is very difficult, especially when it involves the future.”  Economist John Kenneth Galbraith made a living selling books touting his progressive and Keynesian eyewash, so he could be forgiven for telling the truth: “The only function of economic forecasting is to make astrology look respectable.” Astrology (not to be confused with astronomy!) is the study of celestial objects in an attempt to forecast the future.

How could current seers miss the mark by so much? The Commerce Department reported on Thursday that retail sales for November jumped 0.8 percent ahead of October, while October was revised upward from 0.1 percent to 0.4 percent. Forecasters were predicting a 0.3 percent jump in November. In a $20 trillion economy, two-thirds of which is dedicated to meeting the demands of retail shoppers and consumers, those are multi-billion dollar misses. And yet someone is paying these sages.

The “core” retail sales (excluding automobile sales) number is even more astonishing: up a full percentage point in November with forecasters predicting just 0.7 percent. Even better – or more embarrassing, if you will – November’s retail sales are nearly six percent ahead of last year’s November numbers.

How could they not know? Nearly a million more people are currently holding jobs than at the start of the year, and their wages are staying ahead of inflation. The participation rate is increasing, with the total labor U.S. labor force approaching 155 million.

The unemployment rate – 4.1 percent – is at a low not seen in years, and the Federal Reserve is expecting that number to drop below 4 percent next year. Interestingly, as Fed Chair Janet Yellen, in her swan song address (she leaves her post early next year), noted, the Fed’s Board of Governors just voted to increase short-term interest rates by another quarter of a percent. The stock market just yawned, and then sprinted higher, signaling that the economy is likely strong enough to overcome that slight increase in headwinds from the Fed.

Haven’t those futurists been paying attention? The country’s GDP just put in its best six month performance in the last three years, investor, consumer and business owner sentiment is hitting new highs, and CitiGroup’s Economic Surprise Index – a measure of how the economy is faring compared to expectations (any number above zero is a positive) – just printed the latest number: 40!

Average weekly hours in manufacturing are increasing, unemployment insurance claims are falling, new orders are increasing as are building permits, along with consumer expectations. Misses of this magnitude (a 0.5 percent miss on a $20 trillion economy, two-thirds of which is directed at consumers, approaches a trillion dollars!) border on malfeasance.

These folks need to get out more.

This entry was posted on Saturday, December 16th, 2017 at 6:40 am and is filed under Uncategorized. You can follow any responses to this entry through the RSS 2.0 feed. Both comments and pings are currently closed.
Many of the articles on Light from the Right first appeared on either The New American or the McAlvany Intelligence Advisor.