This article was published by The McAlvany Intelligence Advisor on Monday, December 11, 2017: 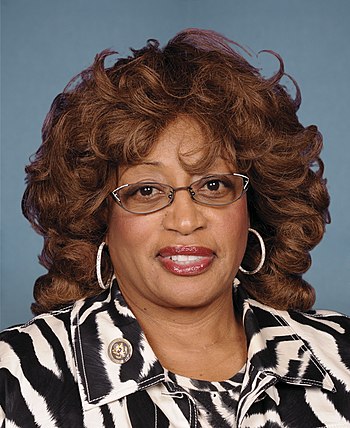 Mark Twain famously said, “It could probably be shown by facts and figures that there is no distinctly Native American criminal class, except Congress.” One of those tempted to prove it was Doug Thompson, who took considerable journalistic liberties and published his results several years ago on his Capitol Hill Blue website:

Snopes tripped him up when he couldn’t provide the sources, and consequently called his listing “false.” Today Thompson could just Google “political criminals” or “corrupt politicians” and he would find that the internet has done his research for him.

Last week, the list got longer. Former Florida Democrat Congresswoman Corrine Brown was sentenced to five years in federal prison after having been convicted last May on 18 charges, including one count of conspiracy, five counts of mail fraud, seven counts of wire fraud, one count of scheming to conceal from investigators material facts in the case, one count of obstruction of justice, and three counts of tax fraud. Also sentenced, but to lesser terms, were her two accomplices in the fraud centering on her fake charity, One Door for Education.

Carla Wiley founded One Door for Education, but never registered it with the Internal Revenue Service (IRS) as required under its rules. When her one-time boyfriend, Ronnie Simmons, offered her charity to Brown for fund-raising purposes, Brown saw her opportunity and she took it.

Using her creds, she raised over $800,000 in four years, telling donors that the money would be used for scholarships and the purchase of iPads for students. The prosecution told the jury that only $1,200 was spent for those purposes while the rest was pocketed by Brown, Simmons, and Wiley.

The scam was brazen, which made it easy for the prosecution to build an airtight case against the three scammers. A check made out to the charity would be deposited and then immediately a cash withdrawal was made from it through an ATM. Simmons deposited $800 every day into Brown’s personal account, and paid himself a little extra for his trouble. Over the years, the prosecution showed that Simmons withdrew $93,536, while Wiley also pocketed some $182,730.

There was a “phantom” employee whom the charity “hired” and then paid for work not performed. It turned out later to be a relative of Brown’s. At the time original charges were made against the trio, the charity was empty.

Brown got off easy. The maximum time behind bars for those 18 counts was 277 years. Brown got five years while her former chief of staff Simmons got four years and founder of the fake charity Wiley got just one year and nine months. Brown also owes the IRS $62,000 and a large part of the $515,000 bilked from unsuspecting contributors.

The judge was, by turns, both angry and sympathetic: “Ms. Brown leveraged the authority of her office and the relationships she had cultivated to illegal purpose. She cast aside the very laws that she helped to enact. The rules, she decided, did not apply [to her].” When it came time to levy justice, he gave her a break, thanks to all the public “service” she has been rendering to her constituents in the Fifth Congressional District of Florida for the past 25 years. And he allowed the three to remain free until after the holidays. They were supposed to show up at the federal penitentiary on Friday. In a moment of common sense, the judge confiscated the passports from the co-conspirators, thinking that they no doubt presented a flight risk.

Mark Twain was right. His list of those belonging to the Native American criminal class continues to get longer.

The New York Times: Corrine Brown, Ex-Congresswoman Who Ran a Sham Charity, Gets 5 Years in Prison

Corruption Crime Democrat Fraud guilt prison Republican wire fraud
This entry was posted on Thursday, December 14th, 2017 at 5:47 am and is filed under Crime, Politics. You can follow any responses to this entry through the RSS 2.0 feed. Both comments and pings are currently closed.
Many of the articles on Light from the Right first appeared on either The New American or the McAlvany Intelligence Advisor.