This article appeared online at TheNewAmerican.com on Tuesday, December 5, 2017: 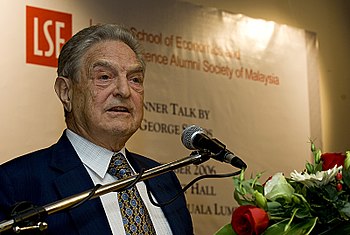 The latest poll, this one from CBS (hardly a source likely to cast Alabama Judge Roy Moore in a favorable light), shows Moore pulling away from Democrat Doug Jones with just a week to go in the special election showdown. Not only did the CBS poll now show Moore leading Jones 49 to 43, but it also found that most Alabama Republicans don’t believe the charges of sexual impropriety levied against Moore. Furthermore, CBS reported that they overwhelmingly thought Democrats and the mainstream media were to blame for the allegations.

In other words, Moore seems to have weathered the media-generated storm of accusations, allegations, innuendoes, and attacks, and is headed toward victory next Tuesday.

RealClearPolitics keeps score by averaging recent polls, with their summary of results putting Moore ahead of Jones by 2.6 percent. But its score counts Emerson College results equally with CBS News/YouGov, the Washington Post, and JMC Analytics. If the Washington Post poll (which showed Jones leading Moore by three points last week) is removed from RCP’s calculation, Moore is up by four points, which is more in line with Moore’s campaign advisor Brett Doster’s estimate: that Moore leads Jones “by at least five points.”

Considering all that Moore has had to overcome, the fact that he is still standing, not to mention leading in the race is remarkable. First came the accusations from various women claiming to have been sexually harassed by Moore four decades ago. Second came calls from Senate Majority Leader Mitch McConnell and other establishment Republicans for Moore to leave the race, having decided in advance that these females’ charges were valid, while Moore’s denials weren’t. Next came news that the Republican establishment, including the Republican National Committee, wasn’t going to help fund Moore’s campaign, having decided to distance itself from him as a result of those spurious and unsupportable charges.

Next came President Trump’s lukewarm indirect support of Moore, including no plans to visit Alabama, where he beat Hillary Clinton last November by 30 percentage points.

Finally came news that George Soros-funded efforts to register convicted felons to vote in Tuesday’s special election had succeeded in rounding up between 5,000 and 10,000 of them in a declared effort to steal the election from Moore and give it to Jones. In a remarkable and lengthy examination of those efforts, Aaron Klein, writing for Breitbart, noted not only that Soros was funding those various efforts but that they were headed up by Kenneth Glasgow, the half-brother of radical Al Sharpton. Glasgow blatantly exposed the real reason for his efforts, declaring on his radio program that “swarming the polls with newly-registered convicts could swing the vote” the same way that Virginia Governor Terry McAuliffe did when he used his executive power to restore voting rights for over 200,000 felons in his state. Klein went further, uncovering Glasgow’s affiliations, past and present, with such anti-freedom groups as the radical Industrial Workers of the World, the Anarchist Black Cross Federation, the Black Autonomy Federation, the Black Militia Nation, and the communist National Lawyers Guild.

But the steady drumbeat of real charges of corruption and abuse against such establishment worthies as Al Franken and John Conyers has helped redirect voters’ ire and attention away from Moore’s alleged peccadilloes. Franken is under investigation, while Conyers just announced his intention to resign. The Republican National Committee has changed its position, announcing Monday night that it would support Moore’s campaign financially. Mitch McConnell has climbed off his high horse and suggested that Alabamans should make their own decision about whom they want as their junior senator. Even the president is sensing victory, coming out more forcefully for Moore and against Jones.

Remarkably, even CBS has given up on the race, publishing Michael Graham’s article “Why Roy Moore is Surging in Alabama” on Tuesday, which no doubt will be helpful to the Moore campaign. Not only is Moore the obvious favorite among those voters who have declared they will be pulling levers on Tuesday, but Graham pointed out that Jones is swimming upstream in the race: “Jones is pro-abortion in a very anti-abortion state … [and] Jones also opposes the Trump border wall.”

Moore is also being helped along during his surge from his wife, Kayla, who is asking rhetorically, “Who was an Obama delegate? Who is for full-term abortion? Who is for more gun restrictions? Who is for transgender bathrooms?”

The answer to her questions is very likely to be revealed on Tuesday: the loser in the special election for the Senate seat vacated by Jeff Sessions: Democrat Doug Jones.

This entry was posted on Wednesday, December 6th, 2017 at 6:44 am and is filed under Crime, Politics. You can follow any responses to this entry through the RSS 2.0 feed. Both comments and pings are currently closed.
Many of the articles on Light from the Right first appeared on either The New American or the McAlvany Intelligence Advisor.