Where Have All the Fiscal Conservatives Gone? 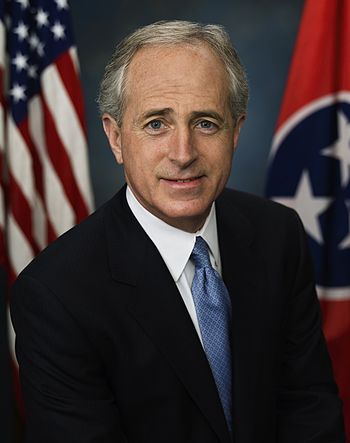 This article was published by The McAlvany Intelligence Advisor on Monday, December 4, 2017:

The only Republican Senator to vote against the tax reform bill that was passed in the wee hours of Saturday morning was Bob Corker of Tennessee. Said Corker, “At the end of the day I am not able to cast aside my fiscal concerns and vote for legislation which I believe, based on the information I currently have, could deepen the debt burden on future generations.”

The other so-called fiscal conservative Republicans have apparently not done their homework or were voting for hope over experience. When asked how President Reagan managed to get his tax cut bill through Congress, Bob Brennis, a George Mason University grad, summed it up:

Reagan’s whole plan was based on supply side economics. The thought was if they cut taxes, particularly for the rich, it would stimulate the economy and receipts would go up. Trickle-down economics. It was a great plan for the rich, and there was just enough benefits for the middle class, [but] there was not a keen awareness that we were mortgaging our future.

When Reagan took office in 1981, the national debt was about $900 billion. When he left office eight years later, the national debt was $2.6 trillion. Any discussion about his massive tax cut or his 11 or 12 tax increases is simply irrelevant: Congress gave him his tax cuts but reneged on cutting government spending. Instead politicians saw a reviving economy generating more revenues to the treasury, which was all the incentive they needed to increase rather than decrease government spending.

All of this has been lost on Mr. Trump who tweeted on Saturday morning: “Biggest Tax Bill and Tax Cuts in history just passed in the Senate. Now these great Republicans will be going for final passage [conference]. Thank you to House and Senate Republicans for your hard work and commitment.”

There are some good things in the Senate and House bills that are now waiting for conference to iron out the differences before sending the final result to Trump to sign into law. The corporate tax rate is going to be cut from 35 percent to 20 percent. Individual rates will be cut, but with the upper middle class – incomes of around $100,000 a year and more – seeing higher, not lower, taxes. When quizzed about his promise that every American taxpayer would see his taxes go down, Senator Majority Leader Mitch McConnell said he “misspoke on that.”

Estate taxes are likely to be applied only on massive estates of $10 million and above. The House bill wants to abolish it altogether, but, politicians being politicians, they don’t ever want to eliminate a tax they might want to impose again in the future. So the estate tax is likely to stay in place but with a much larger exemption before the IRS gets its cut.

State and local tax (SALT) deductions against federal tax liabilities are going away, but there will be a cap of $10,000 on property tax deductions as a sop to offended Democrat Senators from high-cost, high-tax states like California, New Jersey, and New York.

There will likely be a reduction on taxes owed by small business owners that some call “pass-through” entities. The Senate bill allows small business owners to deduct 23 percent of their business income from taxation, up from 17.4 percent currently, while the House bill simply created a flat 25 percent tax rate for them.

And the hated ObamaCare mandate – the primary support for this unconstitutional and otherwise economically unfeasible program – hopefully will go away. It’s included in the Senate bill but not the House’s. The conference committee must decide if the political fallout from not including its repeal is worth keeping something Republicans have repeatedly said for years that they were going to end.

An interesting side note: someone somehow inserted language into the House bill that allows families to set up 529 educational savings accounts (ESAs) for their children, including a “child in utero.” If this makes it through conference and into law, it will be a major victory for pro-lifers as it would be the first time the federal government explicitly recognizes an unborn child as a person. That’s not likely to survive conference, for all the obvious reasons.

We’ve been here before. The bill that Trump signs into law will have some of the much-anticipated stimulating effect on the economy. It could boost growth – currently GDP is at three percent – to four percent or even higher. But with the national debt growing even faster, there’s no way even an economy that strong will be able to throw off federal revenues sufficient to overcome it, much less begin to pay it down. The same old story has been told and sold, with the result likely to be the same. History has a nasty habit of repeating itself, especially for those who haven’t read it.

TheGuardian.com: What will feature in the final version of the Republican tax plan?

The Wall Street Journal: How Tax Bill Emerged From a Late Night of Deal Making

This entry was posted on Tuesday, December 5th, 2017 at 6:43 am and is filed under Economics, History. You can follow any responses to this entry through the RSS 2.0 feed. Both comments and pings are currently closed.
Many of the articles on Light from the Right first appeared on either The New American or the McAlvany Intelligence Advisor.