This article was published by The McAlvany Intelligence Advisor on Wednesday, November 22, 2017: 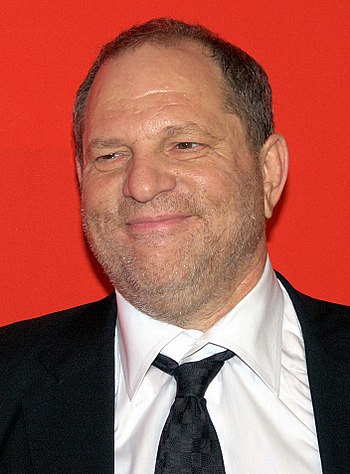 The mainstream media was frantic: the Harvey Weinstein revelations just wouldn’t go away. And then, just coincidentally, the Washington Post came up with charges of sexual predation by Alabama’s Judge Roy Moore. Two problems were immediately solved: 1) no more ink for Harvey; 2) remove Moore from any chance of replacing Jeff Sessions as Alabama’s junior Senator in the December 12 special election. It was a two-fer!

The polls showed the dramatic change in Moore’s fortunes: from leading liberal Democrat Doug Jones by double-digits, Moore’s advantage evaporated, with one poll showing Jones (a Democrat in a deeply conservative state!) up by 15 points.

And then something happened: real provable sexual predators began surfacing, all of them liberals and most of them Democrats, creating a problem the media haven’t been able to fix. Al Franken apologized after a photograph surfaced showing him inappropriately fondling a female (and smiling into the camera all the while). Charlie Rose was suspended after eight – eight! – women charged him with sexual impropriety. Rose apologized.

Moore wasn’t silent. He didn’t pack up his bags and disappear into the night. He had support from several national evangelical leaders, including Franklin Graham, head of the Billy Graham Evangelistic Association, and Jerry Falwell, Jr., president of Liberty University, who have expressed their support for Moore. Others believe Moore is being unfairly persecuted for his faith by the mainstream media and particularly the Republican establishment.

Moore himself made clear that he was their target, telling Breitbart News over the weekend that “I believe with all my heart that Mitch McConnell [the Senate Majority Leader] and the establishment are in cahoots with the Democrats to stop this campaign. They have taken a calculated risk for two years with a Democrat [Doug Jones] and [then will] try to elect another Republican in two years. They want me out. So that’s what’s going on.”

Instead of rolling over, Moore has taken the Republican establishment on, effectively proving that in at least two cases, the mainstream media got essential facts in their charges against him grossly wrong. In a campaign statement issued on Monday, Moore’s campaign headquarters “unveiled statements from key witnesses that completely bust the story of [two of Moore’s accusers of sexual impropriety] and further reveal an unconscionable bias on the part of state and national press to hide the truth from Alabama voters who will undoubtedly see through the ‘fake news’ and elect Judge Moore for the man that they have always known him to be.” [See Sources below for links to Moore’s campaign’s statements.]

Not only are Alabamans not buying into the media’s false frenzy but are stepping to the plate financially to support Moore’s campaign. Moore’s campaign chairman Rich Hobson told ABC News that they have “raised more than $1 million in the last 10 days since the falsehoods came out. And that’s without the support of the NRC (National Republican Committee).”

Real Clear Politics has been following the Alabama special election closely, tracking various polls that show the race to be dead-even. Another less scientific poll conducted by theTrussville Tribune on Monday showed Moore leading Jones, 58 to 35. The Tribune reaches the suburbs of Birmingham with a population of more than 70,000. The paper polled 2,741 of them and learned not only that they strongly favored Moore despite the media’s allegations, but they didn’t believe the media in the first place.

That’s a key point. The media has been trading its credibility for its left-wing agenda for years, and folks aren’t buying it anymore. As more and more real predations and predators come into the light, with liberal and Democrat labels on them, voters are increasingly likely to ignore them. With the special election just weeks away (December 12), Moore is likely to show Jones the door and become Mitch McConnell’s worst nightmare.

Huffington Post: The Al Franken Scandal Is A Godsend For Alabama Republicans

This entry was posted on Thursday, November 23rd, 2017 at 6:06 am and is filed under Crime, Politics. You can follow any responses to this entry through the RSS 2.0 feed. Both comments and pings are currently closed.
Many of the articles on Light from the Right first appeared on either The New American or the McAlvany Intelligence Advisor.