Conference Board: Full Speed Ahead for the U.S. Economy 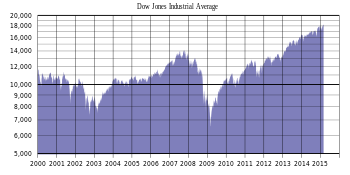 This article appeared online at TheNewAmerican.com on Monday, November 20, 2017:

The Conference Board, a global economic analytics firm that tries to look ahead, has just issued an “all clear, full speed ahead” signal for the U.S. economy. Its three primary indicators — the leading, the coincident, and the lagging — were all up in October, following gains in previous months. Exclaimed Ataman Ozyildirim, director of research, “The U.S. LEI [Leading Economic Index] increased sharply in October, as the impact of the hurricanes dissipated. The growth of the LEI, coupled with widespread strengths among its components, suggests that solid growth in the U.S. economy will continue through the holiday season and into the New Year.”

What’s most surprising is that every one of the 10 components of the LEI were up in October. There wasn’t a single warning signal from any of them:

Think of the LEI as looking out the front windshield of your vehicle, while the coincident indicator (CEI) is looking out the side windows with the lagging economic index (LAG) looking out the back window through the rear-view mirror. It’s all clear all around: The road ahead is clear, smooth and dry, the sky is blue, the temperatures are in the 70s, there are no speed traps, no speed bumps, and no flashing red lights from emergency or police vehicles coming up behind. It’s “pedal to the metal!”

The report confirms that the conditions noted by The New American three weeks ago remain in place:

Add to that the Economic Surprise Index published by CitiGroup — a measure of how the economy is faring compared to expectations (any number above zero is a positive) — which just touched 40, and it’s smooth sailing for as far as the eye (and the economists) can see.

Nothing grows to the sky, not even the newly rejuvenated and oxygenated U.S. economy, but when history is written, this explosion of enthusiasm and economic growth and optimism will be one for the record books.

This entry was posted on Tuesday, November 21st, 2017 at 6:38 am and is filed under Economics, History. You can follow any responses to this entry through the RSS 2.0 feed. Both comments and pings are currently closed.
Many of the articles on Light from the Right first appeared on either The New American or the McAlvany Intelligence Advisor.