This article appeared online at TheNewAmerican.com on Tuesday, November 14, 2017: 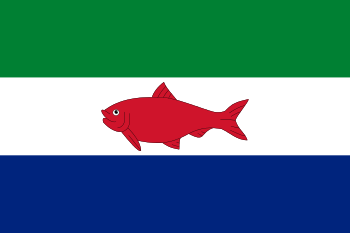 Following a meeting between some of Venezuela’s bondholders and Venezuelan officials in Caracas on Monday, Maduro’s government declared the meeting a success: “The process of refinancing Venezuela’s foreign debt began with resounding success. The start of this refinancing of our debt ratifies our full intention to comply, as we have always done, with all our obligations.” One observer of the 25-minute long meeting, Raymond Zucaro of RVX Asset Management, said, “Nothing of substance happened.”

What did happen is that Maduro’s government, which promised it would be making a number of bond interest payments, didn’t. According to both Moody’s and S&P Global, it failed to make $200 million in payments that were due on November 12, immediately resulting in the declaration by the credit rating agencies that Venezuela is officially in “selective default” — a term which means that not only did Maduro’s regime miss those payments, it is more than likely it will miss making another $420 million in payments which are already in their 30-day grace period. As S&P Global noted in its statement, “Our CreditWatch negative reflects our opinion that there is a one-in-two chance that Venezuela could default again within the next three months.”

What beggars belief is that global investors have bought and own some $140 billion of Venezuela’s increasingly worthless debt. Some of those investors have already seen the market value of their holdings drop by more than 70 percent.

On Monday, Fitch Ratings also declared Maduro’s oil company’s bonds in default as well, after it failed to make payments on its separately-issued debt that were due on October 27 and November 2.

All of this is likely to swamp Venezuela’s sinking ship and end the odious Marxist dictatorship that has impoverished the once-prosperous country. Once 25 percent or more of the bondholders agree to demand full repayment of all bonds and interest, that triggers a ripple effect that reaches other bonds that aren’t yet in default. These “cross-default” provisions then allow bondholders to begin the process of seizing Maduro’s assets, including his oil company, PdVSA, and other state-held assets. This could set off a legal scramble similar to starving coyotes attacking a downed antelope, hoping just to get a small piece of the carcass before it disappears altogether.

Notably missing from Monday’s faux bondholder meeting in Caracas were representatives from Russia or China to whom Maduro owes billions. Russia has been keeping Maduro alive by trading oil assets at huge discounts for cash, qualifying Russia as being one of the first coyotes to seize the opportunity to attack Maduro’s carcass. Maduro has run out of time. He can no longer kick the can down the road; he has run out of road.

China dictator oil ripple effect
This entry was posted on Wednesday, November 15th, 2017 at 6:26 am and is filed under Crime. You can follow any responses to this entry through the RSS 2.0 feed. Both comments and pings are currently closed.
Many of the articles on Light from the Right first appeared on either The New American or the McAlvany Intelligence Advisor.