This article appeared online at TheNewAmerican.com on Monday, November 13, 2017: 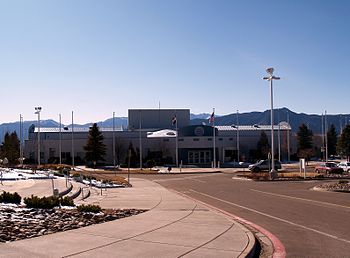 It’s taking more than hope and good feelings to protect houses of worship from crazed attackers. Tomie Barker attends Christ Lutheran Church in Seguin, Texas, about 15 miles north of Sutherland Springs. She and her husband own firearms but have never taken one to church, until now: “Why should we take a gun to church? We feel like we ought to be safe [there].” But from now on they’ll have the assurance that comes not only from the Holy Scripture but from a firearm: “[My husband’s] not leaving home without it now.”

Many churches are waking up to their vulnerability. The average church in America has 75 members, a significant portion of whom show up on Sunday. They face the pulpit with their backs to the door, making them the softest of soft targets. This is the new reality as Wendy Coulson, a worshipper at another church near Sutherland Springs, noted: “The reality of the times is that, if I’m in church, I can’t be completely abandoned to my worship … I have half an ear listening for a strange sound. That’s the unfortunate part of what we’re dealing with today. If somebody were to target our church, I definitely would feel more comfortable that somebody else had an opportunity to slow them down.”

Inez Howe, another parishioner, also has “hope” that someone else will see to her safety while in church: “I would never have even thought of a gun in church. But if someone would walk in, I’d hope that we would be prepared.”

Hope isn’t going to cut it, according to Steve Visser, the head of Hedge Protection Ministries. In a YouTube video promoting his church protection program, Visser said that by “engaging your members in an organized program that implements multiple layers of visible deterrence, you can provide a valuable service to your fellow members.” He adds:

An effective deterrence program is designed to DETER evil from ever entering your doors. This is the Key.… In all our studies into active shooters … this is a common thread. Whether targeting a church, a school or a theater … in every single case the shooter is looking for one thing: success. They want to be successful. Successful in killing as many people as they possibly can.

Our program is specifically designed to reduce his potential for success. If a shooter … were to encounter resistance, they will look for another target.

Visser added that the first responders to an incident won’t be the police: “It’s been said that when seconds count, the police are minutes away. However, your team can respond immediately.”

Having worshippers carrying poses some problems, however, especially in a large church such as First Baptist Church of Dallas, headed up by Robert Jeffress. He told Fox & Friends that as many as half of his church attendees carry on any given Sunday. That would put 6,000 armed worshippers in the seats of his megachurch’s worship center. Jeffress said that if shooters attacked his church, “they may get one shot off or two shots off, but that’s it – and that’s the last thing they’ll ever do in this life.” What Jeffress didn’t cover is the potential for disaster that could result with half the congregation pulling a gun: How would they know who is the “good guy with a gun” and who is the bad one? There’s the danger of “friendly fire,” which is often deadly. It’s easy to picture the disaster unfolding.

Larry Johnson has a similar problem. He is the director of security for Rhema Bible Training College near Tulsa, which covers 500 acres and hosts 14,000 students. How to protect them from evil? Said Johnson: “[Those carrying] need to be trained so that if there is an emergency, they can respond and react professionally.… If you’re going to have people … who are not law-enforcement trained carrying weapons … you can’t be confident these people are good marksmen. They need to be trained by professional people.”

One of those answering the call is Lieutenant Colonel Dave Grossman, a director of Sheepdog Seminars Group International. Grossman is considered to be one of the world’s foremost experts in the field of human aggression and the roots of violence and violent crime. On the road almost 300 days a year, he teaches civilian “sheepdogs” how to protect their flocks against wolves.

Grossman teams up with Jimmy Meeks, a pastor and an LEO for nearly 40 years. Meeks has conducted more than 100 church-safety seminars since 2009, which members from over a thousand churches have attended.

The two join forces with Carl Chinn, who was a first responder to the ghastly shooting at the New Life Church in Colorado Springs in 2007.

This writer has attended two of their seminars and left them with the need to answer a critical question before deciding to carry in church: Would one carrying be able to kill in order to save? One can send thousands of rounds downrange shooting at paper targets without having any idea of what a real confrontation with a real killer intending to take one’s life would be like. If that decision isn’t made well beforehand, he could easily become a liability instead of an asset.

Making churches less attractive to crazed killers is a worthy goal, but only if they have a workable and effective plan of deterrence in place to make them so. Happily, more and more churches are waking up to that new reality.

attack confrontation Crime danger firearms reality resistance shooter violence weapons
This entry was posted on Tuesday, November 14th, 2017 at 6:44 am and is filed under Crime. You can follow any responses to this entry through the RSS 2.0 feed. Both comments and pings are currently closed.
Many of the articles on Light from the Right first appeared on either The New American or the McAlvany Intelligence Advisor.