This article appeared online at TheNewAmerican.com on Friday, November 10, 2017: 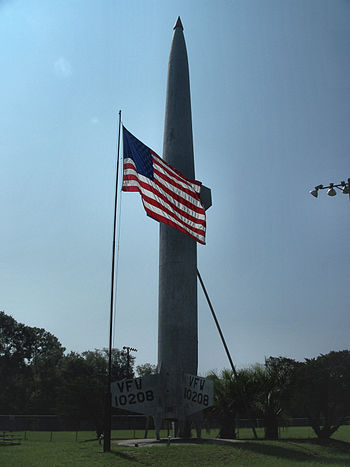 NFL Commissioner Roger Goodell met with top people from the nation’s two largest veterans’ groups last week in order to quell a potential riot and avoid further embarrassment to the league. It proved to be successful, as Goodell got everything he wanted, giving up little in return: Neither the American Legion (AL) nor the Veterans of Foreign Wars (VFW) is backing the boycott of the NFL. They are leaving that decision up to their individual members.

Denise Rohan, the national coordinator for the Legion, fired a warning shot across the NFL’s bow on September 25. She blasted the “misguided and ungrateful” NFL players, charging the NFL with “disrespect” to the national anthem and the flag. She wrote that the U.S. flag code “calls on all present to stand at attention while the anthem is played. It wasn’t political when it was written [1923] and it shouldn’t be political today. Having a right to do something does not make it the right thing to do.”

In two separate meetings on Monday, October 30, Goodell met with leaders of the two veterans’ groups where they exchanged their conflicting points of view. Following the meeting between Goodell and the Legion’s executive director, Verna Jones, group spokesman Chanin Nuntavong issued the following waffle: “[Our members] are free to do as they please. If they want to watch the football games. Or not. I know a lot of our members are boycotting on their own. We support that. And we support those who watch the NFL.”

The commissioner wanted to assure the VFW that the League remains 100 percent committed to supporting veterans, service members and their families. He said the players who initially knelt — and the very few who continue — do so to draw attention to deep-dividing social issues. Mr. Harman made it crystal clear that no VFW member will ever disagree with First Amendment rights, but that the use of the flag as a prop just doesn’t sit well with those who have worn the uniform. It’s a conversation that continues.

Translation: VFW members, you’re on your own. We’re staying neutral. Have a nice weekend.

As for Goodell, he got what he wanted: no official support for the boycott from the two largest veterans’ groups in the country — the Legion’s 2.4 million members, and the VFW’s 1.7 million members — leaving the Facebook group Boycott The NFL (with 200,000 followers) on its own.

In exchange Goodell gave up nothing. Said NFL spokesman Brian McCarthy: “The NFL Commissioner looks at the national anthem as a patriotic and important part of an NFL game, a longstanding tradition. He wants everyone to stand, from players to coaches to fans in the stands. [But he also] respects the right of players as Americans to observe [that tradition] in that fashion [kneeling].”

The message from Boycott The NFL’s Facebook page, on the other hand, was crystal clear:

We will be not be watching or listening to NFL games on November 12th in solidarity with veterans around the country, as football players have continued to disrespect the national anthem, the American flag, and everything our nation stands for.

Without support from either the Legion or the VFW, the boycott could fizzle out. Goodell keeps his job, the players continue to kneel (or not), the NFL stays politically correct while the fans, oblivious in large measure to the war going on behind the scenes, cheer their favorite teams on to victory.

That war, which The New American has taken pains repeatedly to point out, is the war on local police, begun when revolutionary radical Colin Kaepernick first took a knee in 2016. This followed the appointment by Goodell of hard-left progressive Joe Lockhart as his PR guy. With the neutering of the Legion and the VFW, the role of the NFL as the latest liberal mouthpiece has now been cemented into place.

First Amendment Liberal Politically Correct progressive radical revolutionary The New American
This entry was posted on Saturday, November 11th, 2017 at 6:22 am and is filed under Politics. You can follow any responses to this entry through the RSS 2.0 feed. Both comments and pings are currently closed.
Many of the articles on Light from the Right first appeared on either The New American or the McAlvany Intelligence Advisor.